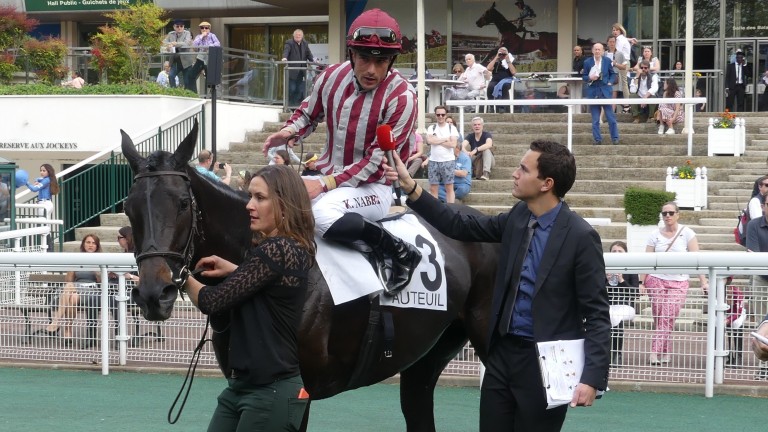 Raceday stewards initially banned both men for 15 days for disrespectful behaviour after the altercation in the weighing room, with Nabet denying Dubourg's claims to have been hit three times, and no witnesses having come forward.

The matter was subsequently passed on to France Galop's disciplinary process after the racecourse doctor found Dubourg had suffered swelling around his jaw and declared him medically unfit to ride.

Dubourg was later diagnosed with a fractured jaw and cleared of his initial ban.

The incident followed a 2m2f hurdle on the La Teste card of July 25, during which Dubourg appeared to force his way up the inside of Nabet's horse on the final turn before finishing second aboard Gardez La Monnaie. Nabet pulled up Theyss By Theyss between the last two hurdles.

Nabet is one of France's most stylish jockeys and is best known in Britain for his association with crack hurdler De Bon Coeur. He finished runner-up to Bertrand Lestrade in the race to be champion jockey in 2017 and is currently third in the standings.

Dubourg comes from a family steeped in racing, with his father Christophe a jockey-turned-trainer while two brothers – Killian and Pierre, who is Baptiste's twin – are established riders over jumps.