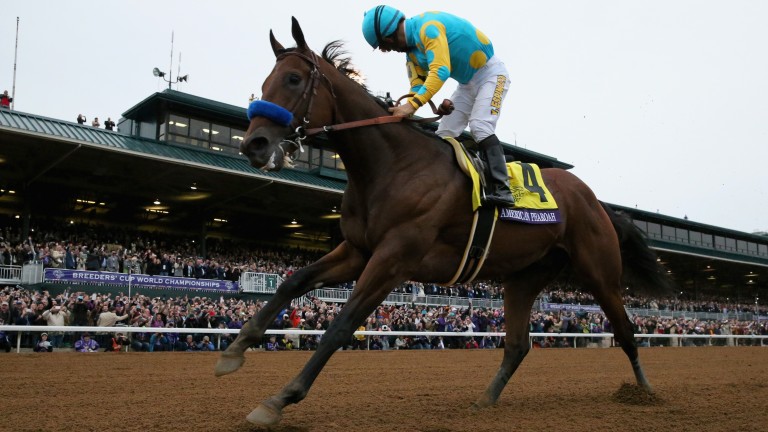 Ahmed Zayat, who bred and owned 2015 US Triple Crown hero American Pharoah, has been hit with a $23 million lawsuit after he was accused of selling breeding rights to his champion that were being used for collateral on outstanding debts.

A Kentucky judge on Wednesday ordered a receiver to seize control of Zayat Stables, including its horses, after New York-based MGG Investment Group took action, claiming the Egyptian-born businessman defaulted on payments in September that were secured against his stock and breeding rights. American Pharoah is a Coolmore stallion and is not among the horses seized. 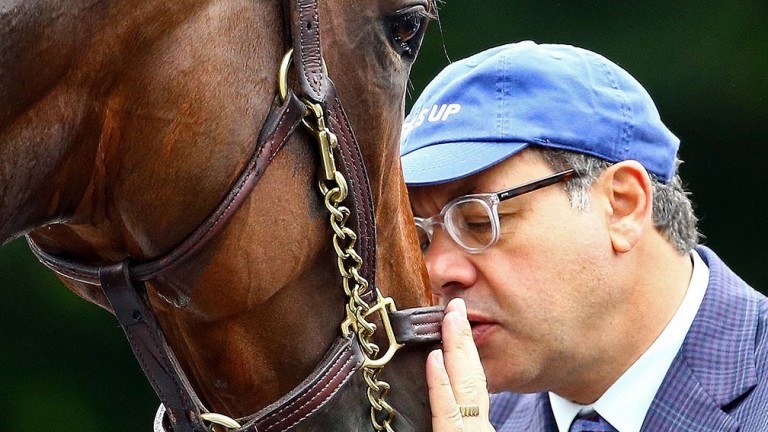 In an email to MGG included in the lawsuit, the leading owner indicated he planned to meet sales company Fasig-Tipton to discuss a potential dispersal, although the suit also alleges he sold breeding shares to American Pharoah, now a Coolmore stallion, without telling the firm, hiding $3.3m rather than using it to repay his loan.

Zayat, who raced the Aidan O'Brien-trained Old Glory with the Coolmore partners in Britain and Ireland last season, was also sued for $34m in 2009 for defaulting on payments, although the matter was resolved the following year.

He could not be reached for comment, according to US reports.

Who is Ahmed Zayat?

Born in 1962, Zayat moved to the US at the age of 18 and studied at Boston University before founding a beverage company in Egypt.

His interest in racing began in 2005 and he secured his first top-flight victory a year later when Bob Baffert, who trained American Pharoah, sent out Point Ashley to win the Del Mar Debutante Stakes.

Zayat and his family enjoyed more high-profile success with American Pharoah's sire Pioneerof The Nile, Eskendereya, Bodemeister and Paynter, but their superstar arrived in 2012.

Blessed with a powerful but smooth stride, American Pharoah was beaten on his debut under Martin Garcia at Del Mar in 2014, but ended that campaign with Grade 1s in the Del Mar Futurity and Santa Anita's FrontRunner Stakes under Victor Espinoza, who then became the colt's regular partner. 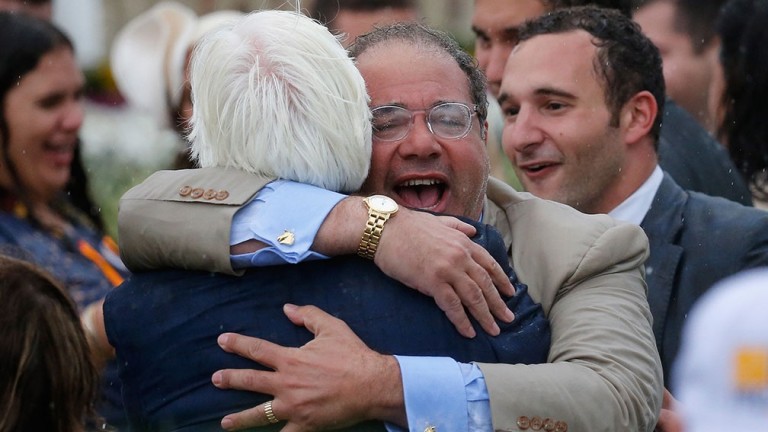 Successful trips to Oaklawn Park in Arkansas for the Rebel Stakes and Arkansas Derby teed up the pair for their Triple Crown bid, which got off to the perfect start in the Kentucky Derby.

A fluent performance in the Preakness was followed by a Belmont Stakes triumph, meaning the US celebrated its first Triple Crown winner since Affirmed in 1978.

Another Grade 1 – the Haskell Invitational – was captured before a shock defeat in the Travers, but the then three-year-old bounced back in the Breeders' Cup Classic at Keeneland, completing an unprecedented Grand Slam.

"This is the greatest horse I'll ever see," Baffert said of the star who had become front-page news in the US.

He was then retired to Coolmore's Ashford Stud in Kentucky for an initial fee of $200,000.

The O'Brien-trained Monarch Of Egypt, a $750,000 yearling purchase, was the sire's first runner and winner, striking at Naas in April.

FIRST PUBLISHED 3:39PM, JAN 23 2020
A Kentucky judge on Wednesday ordered a receiver to seize control of Zayat Stables, including its horses