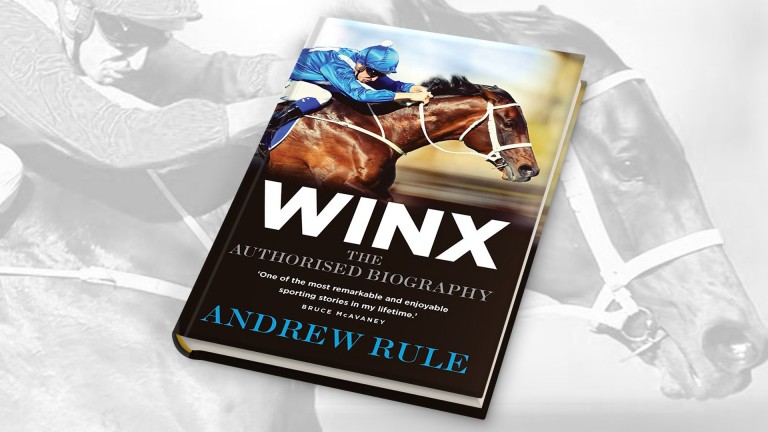 Winx: The Authorised Biography by Andrew Rule is available to buy from Amazon for £20

The story of Winx is one of dominance and a record-breaking winning streak, a tale reminiscent of Phar Lap and other champion racehorses of old. Beloved in her native Australia, Winx’s name resonates throughout the world on account of her four Cox Plate triumphs, her iconic final furlong burst of speed and her considerable fan following.

For those unfamiliar with Winx’s story, the daughter of Street Cry rose from relative obscurity to become one of racing’s great champions, setting a benchmark for generations to come in a glittering 43-race career.

Andrew Rule begins with the build-up to Winx’s first win in the Cox Plate, a triumph which signalled her star quality to the world, not just to jockey Hugh Bowman and trainer Chris Waller. Among her opponents that day, whom Rule does not underestimate in the opening chapter, is the globe-trotting Ballydoyle star Highland Reel, top-class stablemate and Turnbull Stakes scorer Preferment, plus a whole host of other battle-hardened Group 1 campaigners.

The race turned into a procession for racing’s newly crowned queen. As one of the defeated jockeys remarked afterwards: “The winner was in a different hemisphere.” She left her opponents for dead, something which would become all too familiar until her retirement from the track in April 2019.

Over the course of four years she would astound and entertain in a winning sequence of 33 races. She was as untouchable as it is possible to be in racing, racking up triumphs ranging from displays of sheer superiority to last-gasp affairs. 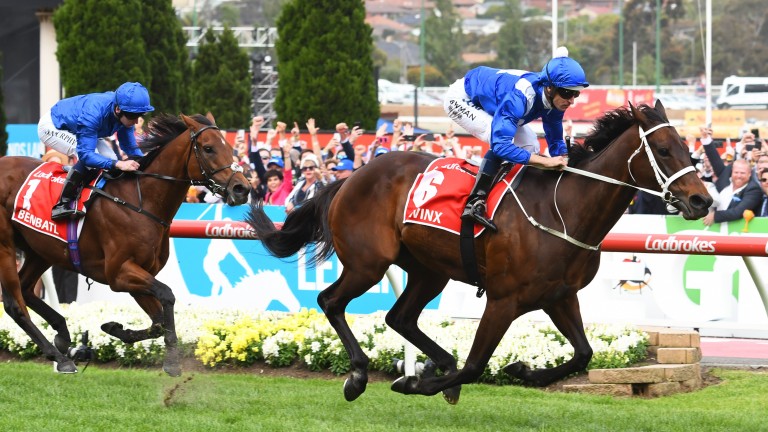 Winx had a less than an auspicious start to her racing career, with rider Jason Collett commenting before her winning debut: "She was just a horse like others in the race."

That race, a run-of-the-mill contest at Warwick Farm on June, 4 2014, in hindsight proved to be the start of a remarkable journey.

The statistics behind Winx’s extraordinary career are well documented, but tell only half of the record-breaker’s story. The people who played the most important roles enter the frame and Rule provides an in-depth look at those who knew her best. This pieces together the story of a racing heroine who was by all accounts “all business”.

Rule also recalls the vital part played by those away from the spotlight, ranging from Umit Odemislioglu, the groom who looked after her after she arrived at Waller’s yard, to Olly Kooman, who oversaw the mare on her winter breaks.

Rule does not attempt to compare the wondermare with other great racehorses, but lets Winx’s achievements stand alone. But as Rule notes, “champions of different eras are locked into their own time capsule, but the impulse to sort them into a hierarchy is irresistible”.

Where Winx belongs in the pantheon of greats will likely rumble on, but this book leaves you in no doubt as to her status and popularity. It is a thrilling, insightful and unmissable read into one of racing’s most enduring and endearing champions.

FIRST PUBLISHED 6:00PM, SEP 5 2020
Rule does not attempt to compare the wondermare with other great racehorses, but lets Winx's achievements stand alone

No social distancing, pricey food and few masks - it's not far off the old days 'He'll never recover from that!' - the heroics of Killultagh Vic and Ruby Walsh Rooster Booster: a moment of glory wanted by all but expected by none 'People think bookmakers just want race on top of race. No, we don't!' Controversial finishes give plenty of food for thought to our officials 'She may just be the best' - our panel discuss dual Oaks winner Snowfall