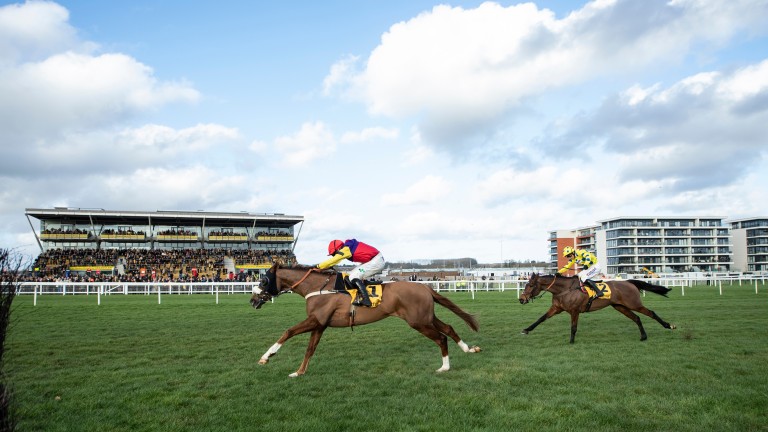 Native River sees off Secret Investor at the end of the Denman Chase
Edward Whitaker
1 of 1
By Lee Mottershead UPDATED 6:20PM, FEB 8 2020

Fighting talk about a fighting horse. That is what came out of owner Garth Broom's mouth after Native River set himself up for a bid to regain the Magners Cheltenham Gold Cup with a third win in Newbury's Betfair Denman Chase.

Richard Johnson rang Jonjo O'Neill jnr on Saturday morning and told him what to expect from Native River. Having seen his Cheltenham Gold Cup-winning friend justify odds-on favouritism at Newbury, the champion jockey will be keen not to have a similar phone call to make on March 13.

Native River went into the Betfair Denman Chase as a dual winner of the race. He has now won it three times, after proving far too good for Secret Investor, who nevertheless ran a race full of promise to take second. 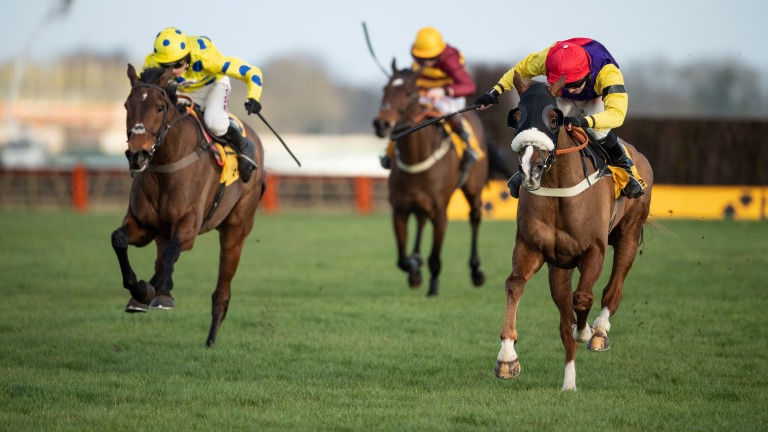 "We're absolutely delighted – to win it three times is quite a feat, so all systems go for the Gold Cup," said Broom, who owns Native River alongside wife Anne.

"He's got as good a chance as any. There are younger horses about but I think he's as good as he ever was, so I think we've a very good chance – a better chance than many of those shorter than him in the betting."

The ten-year-old winged some of his fences and stuttered into others. That, however, is trademark Native River, as was the thoroughly willing attitude he displayed to come clear in the closing stages.

"There are not many horses like him in the country," said star conditional O'Neill, who was picked by trainer Colin Tizzard and owners Garth and Anne Broom to stand in for Johnson, who aims to return from a broken arm well before the Cheltenham Festival.

Paddy Power left Native River – who also holds a Randox Health Grand National entry – unchanged for the Gold Cup at 12-1, which seemed about right. What continues to be far from right is Might Bite, the horse who came off worst in a memorable Gold Cup duel with Native River two years ago. Having failed to finish in his three previous outings, he this time fared better in third, but he was still beaten over ten lengths by his old rival despite receiving 6lb. 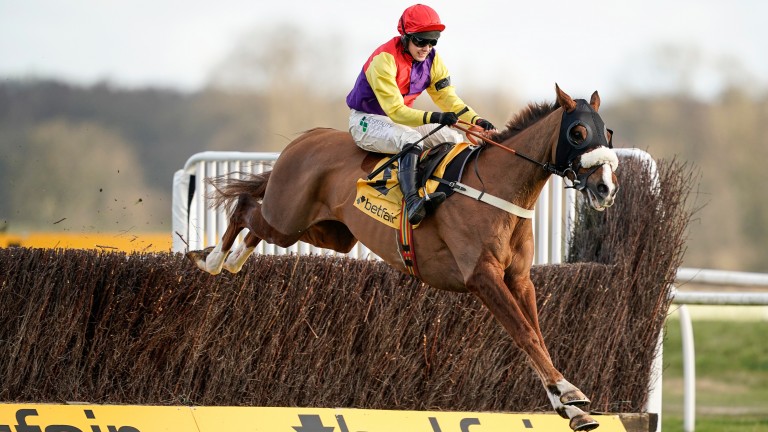 "They left him alone and it was a lovely prep for the Gold Cup," said Tizzard.

"Jonjo felt he never had to get serious with him. He gave him a couple of flicks and he was away. That's him all over, he was hardly blowing.

"It was interesting watching him jump the cross fence both times. The young man thought they would go long but the old man said not yet! That fence can undo a lot of horses but he's neat and handy."

Neat, handy and a live contender to win back the Gold Cup.

Another Shishkin? Henderson has a Cheltenham headache after Chantry House romp

Shishkin starred on Thursday. Two days later it was the turn of Chantry House, who sprinted from the back of Newbury's final flight to leave Nicky Henderson and owner JP McManus with a familiar problem. What next?

The where will be easy, with Chantry House surely now right in the mix for one of the Cheltenham Festival's novice hurdles. Whether that novice hurdle will kick off the action on the festival's Tuesday or Wednesday is less obvious.

Henderson has a host of entries in both the Sky Bet Supreme Novices' Hurdle and the Ballymore Novices' Hurdle. Perhaps crucially, Shishkin – so impressive in the the Sidney Banks at Huntingdon – has been confirmed an intended runner in the Supreme, for which he is favourite at no bigger than 3-1.

Chantry House, who cruised through Newbury's opening two-miler under Barry Geraghty before powering clear of Manvers House and Addis Ababa, is into as short as 6-1 for the Supreme with Boylesports – bits of 11-1 and 12-1 remain available at the time of writing – and generally between 8-1 and 12-1 a Ballymore market dominated by Envoi Allen. 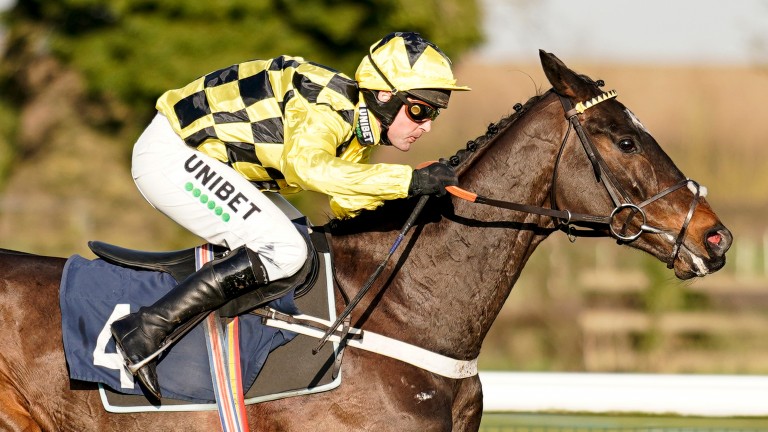 A pleasant decision must be made – but it's far from an easy one.

"Barry said you could go either way at Cheltenham," said Henderson.

"We know he stays and he's got speed. You've got to stay in both races, so I think we'll have a look at them.

"I'd be surprised if he didn't want another half-mile, but Barry said he races very sweetly and is not aggressive in any way – you just press the button and it works."

Henderson added: "You've got to be pleased with what he did. He's very straightforward and is a chaser in the making, only starting out in life. He's in the same mould as Shishkin and they've got futures whatever happens."

In order to get from Warwick to Newbury in time to ride in both the Kingmaker Novices' Chase and Betfair Hurdle, Gavin Sheehan decided a helicopter was necessary.

His Kingmaker-winning mount Rouge Vif also faces a similarly difficult journey if he is to become a Racing Post Arkle hero. That said, his prospects look much brighter following a decisive Grade 2 triumph.

Defeat at the hands of Global Citizen over Christmas appeared to expose Rouge Vif's limitations but there was lots to like about the way the Harry Whittington-trained six-year-old travelled under Sheehan before seeing off Nube Negra by seven lengths.

FIRST PUBLISHED 1:49PM, FEB 8 2020
There are not many horses like him in the country