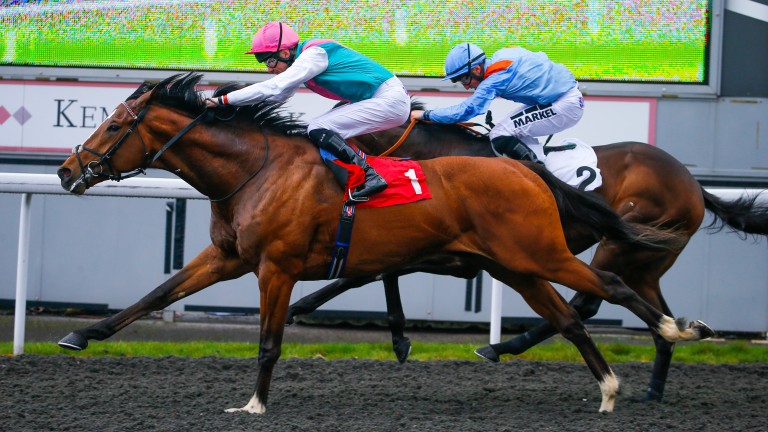 Can Gosden continue his domination?

After a spell in the doldrums the only Classic trial over the Derby course, if not the trip, is in the midst of a stirring revival with John Gosden at its fore.

The introduction of a wildcard entry for the £1.5 million Investec Derby to the winner was designed to generate more support for the contest as a serious big-race audition.

But with Gosden’s buy-in the race has rallied anyway to secure Listed status this year on the back of the Newmarket trainer’s victories with Cloud Nine, So Mi Dar and Cracksman, Europe’s champion racehorse last year.

Cracksman became Gosden’s fifth winner in 11 years when he beat Permian by a head 12 months ago and the trainer is aiming for a sixth victory with Crossed Baton.

The Derby entry has won two of his three starts, the latest a defeat of Tigre Du Terre in a novice race at Kempton last month.

Teddy Grimthorpe, racing manager to owner Khalid Abdullah, said: “Crossed Baton has come out of his win at Kempton in good shape and has had a straight-forward time since that run.

“It was a nice performance last time out and this is another big step up. He’s been progressive in all three of his starts and his form has worked out strongly with Tigre Du Terre running a nice race at Newbury over the weekend.”

Or will the baton pass to Mark Johnston?

Mark Johnston’s Permian went on to win the Dante Stakes after his defeat by Cracksman and was then supplemented for the Derby.

However, no additional expenditure will be required to get Johnston’s latest challenger Dee Ex Bee into the Classic as he secured a free entry by claiming the wildcard also available to the winner of a conditions race run at Epsom last October.

Johnston’s son and assistant Charlie said: “It was always the plan to start him in a Derby Trial. Physically he’s not a horse who would scream out as an Epsom type, but he has course form so we have to be confident he’ll handle the track. He also has form on ground on the slow side, so he should go well.

“We liked him at two but we thought he was going to make a better three-year-old once stepped up in trip.”

Where do O’Brien duo sit among trainer’s Classic crop?

Such is the wealth of three-year-old talent at Ballydoyle that Aidan O’Brien has declared two runners – James Cook and Zabriskie – for a race the trainer is yet to win.

James Cook, the mount of Ryan Moore, is a brother to 2016 Arc winner Found, who finished second in the Coronation Cup on her sole appearance at Epsom.

Zabriskie, a colt by Frankel, has had wind surgery since finishing last in the Group 3 Autumn Stakes at Newmarket last October.

O’Brien, whose two previous runners in the race finished fourth, said: “They seem fine but are just ready to start and are going to come on a lot for the race. We’re running them to see how they might fit in to the general scheme of things.”

Can anyone grab a wildcard?

The last horse to use the wildcard from this race in the Derby was the William Haggas-trained Our Channel in 2014. Simpson and Technological are the two in Wednesday's line-up who are not entered in the colts’ Classic.

Ed Walker, trainer of Simpson
He had a frustrating two-year-old season when I felt he didn’t achieve what he was capable of. The ground should be ideal and his full-brother stayed ten furlongs.

George Margarson, trainer of Technological
I’d be happier if it was a mile and a half but going back on turf will benefit him, especially with a bit of juice in the ground. He’s a horse with a future and we’ve put him in here to see where he’s at.

William Haggas, trainer of My Lord And Master
He’s quite agile so the track shouldn’t hold any fears. He’s out of a Dalakhani mare so should be suited by the step up in trip and he goes with a bit of dig in the ground. The question we want to know is whether he’s good enough.

FIRST PUBLISHED 6:00PM, APR 24 2018
It was a nice performance last time out and this is another big step up for him