Sink or swim? Five horses who will thrive on soft ground on Champions Day 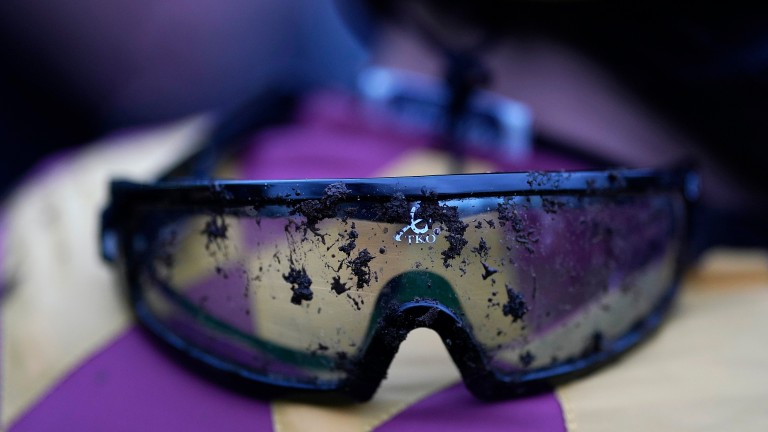 Qipco British Champions Day at Ascot is set to start on ground that is soft, heavy in places on Saturday after 120mm of rain at the course in October. But which runners will it suit the most?

Going into the Ascot Gold Cup a lot was made of Stradivarius's  perceived dislike of soft ground. He won by ten lengths and produced a career-best Racing Post Rating of 125.

Indeed, he has five career RPRs of 121 or higher and two have come on soft and another came on good to soft. All three performances featuring the word soft came at Ascot.

In all he is three from four on soft ground, with two Gold Cups and a Long Distance Cup among those victories and, to top it off, his main market rival Search For A Song is yet to win on anything softer than good in two attempts – with a third-placed effort in the Tattersalls Gold Cup over 1m2f on good to yielding the best she has managed.

Andrew Balding brings Happy Power here in the form of his life and he has his ground – whether that is enough to elevate him to Group 1 level we will find out but if ever he is going to do it Saturday's British Champions Sprint looks the race.

He was beaten the first time he encountered soft ground as a novice, but has since taken his record to three from four on a soft surface – including when winning the Group 2 Challenge Stakes last time by a length and a half.

That was over seven furlongs, the same trip as all three of his recent wins, so you can expect him to be staying on strongly at the finish.

Favourite Wonderful Tonight is three from four on heavy and has never won on anything quicker but the eye is also drawn to Irish Oaks winner Even So.

Her Classic win came on good to yielding, but she won her maiden impressively by three and three-quarter lengths on soft and her two defeats either side of her Group 1 win have come on good and good to firm, so that may be indicative of a bias towards easy ground.

Palace Pier has won on good to soft and heavy so you would assume soft will be no problem for him but he has never encountered Saturday's specific going whereas the Simon and Ed Crisford-trained Century Dream cannot get enough of it.

The six-year-old is four from six on a soft surface, was third in this race when beaten just three-quarters of a length by Roaring Lion in 2018 and produced a career-best two starts ago when winning the Celebration Mile on, you guessed it, soft ground.

Magical has a formidable record on soft ground with three wins from five starts, but one of those defeats – by Crystal Ocean – came over course and distance and there is a rival here who is three from three on ground described as soft.

That is French raider Skalleti, who has gone under the radar in winning 12 of his 15 career starts. His only defeats have come on quicker surfaces than he will encounter here and having won the Group 3 Prix Gontaut-Biron – from Arc winner Sottsass – and the Group 2 Prix Dollar over 1m2f on heavy, this race looks tailor-made.

FIRST PUBLISHED 9:01AM, OCT 17 2020
Century Dream is four from six on a soft surface, was third in this race to Roaring Lion in 2018 and produced a career-best two starts ago on soft

The going concern about which this pro punter can hold his tongue no longer Analysis and trainer quotes as Arkle hope Captain Guinness begins chasing career Mud-loving Addeybb revels in testing ground to record his best rating Wonderful Tonight to take on the best next season after Champions Day heroics 'She’s going to be a title contender' – Tom Marquand joins our expert panel 'One of the best days of my life': Marquand on an unforgettable Champions Day