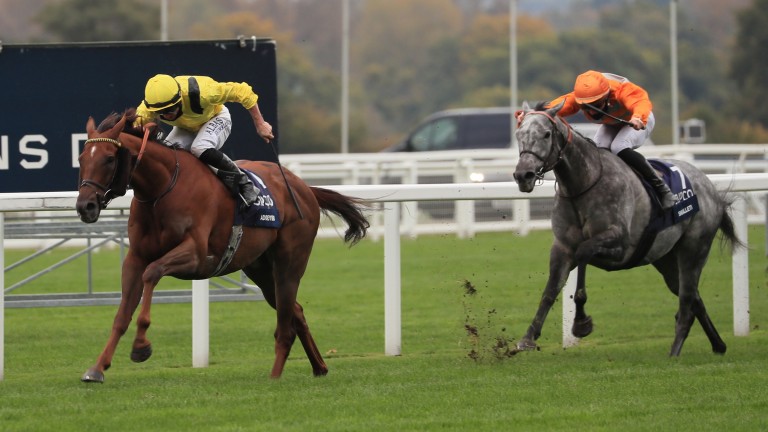 Addeybb put in a performance befitting of the occasion to finally land his first Group 1 in Britain with a frighteningly-good performance to take the £750,000 Group 1 Qipco Champion Stakes.

Having come up three-quarters of a length short behind Magical in the same race last year, Addeybb emphatically turned the tables with a champion's performance under regular partner Tom Marquand.

Twice a winner at the highest level in Australia in the spring, the six-year-old's domestic campaign had been laid out with a testing-ground Champion Stakes as the end destination and, with the mud squelching around Swinley Bottom, Addeybb was at his imperious best to defeat French raider Skalleti by two and a quarter lengths with last year's heroine Magical a further half length away in third.

Victory brought winning trainer William Haggas to the brink of his emotions and capped a fabulous day for the Marquand household after the winning rider's partner Hollie Doyle scored two wins on the card including a breakthrough at the highest level with Glen Shiel.

"Addeybb has been absolutely fantastic," said Haggas, who has nurtured the winner to new heights this season. "Since he won the Wolferton last year and we put the cheekpieces on, he has just been so consistent. 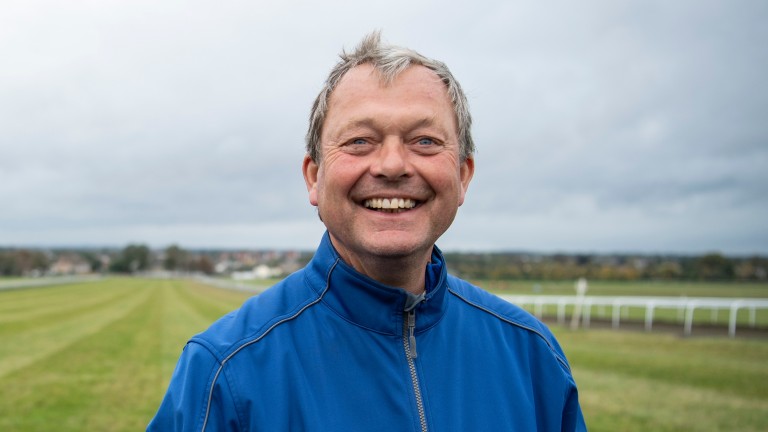 William Haggas: "if you can keep them happy, sound and not abuse them when they are young, they will reward you when they are older"
Edward Whitaker

"He was really on it today. He looked fantastic beforehand but he was grumpy and difficult to saddle, which is a good sign for him. He has got such a marvellous nature and this is tailor-made for him. We all know that he loves this ground."

There had been a timely reminder of Addeybb's significant exploits in Australia earlier in the day, when the mare he beat in both the Group 1 Queen Elizabeth Stakes and the Ranvet Stakes, Verry Elleegant, took the Caulfield Cup from last year's Derby winner Anthony Van Dyck.

Yet as impressive as Addeybb's domination on the other side of the world has been, it was a Group 1 in Britain that Haggas really craved for the hero of the hour.

"They were smart performances in Australia but he had never won a Group 1 in England," said the trainer. "He had been second a few times, so that for us is the great joy - we've finally won a championship race with such a good horse.

"I said after six-year-old One Master won the Foret for a third time that, if you can keep them happy, sound and not abuse them when they are young, they will reward you when they are older. This is exactly what he has done."

While Addeybb has been a central figure in the success of Haggas's impressive Somerville Lodge yard in recent seasons, he is undoubtedly the horse who has lifted Marquand to stardom and the affable winning rider was full of praise for his partner.

"He's been the most special horse," said Marquand. "How can you dream of a better horse? He goes to Australia and wins two Group 1s and comes back here and shows his dominance. It's brilliant. 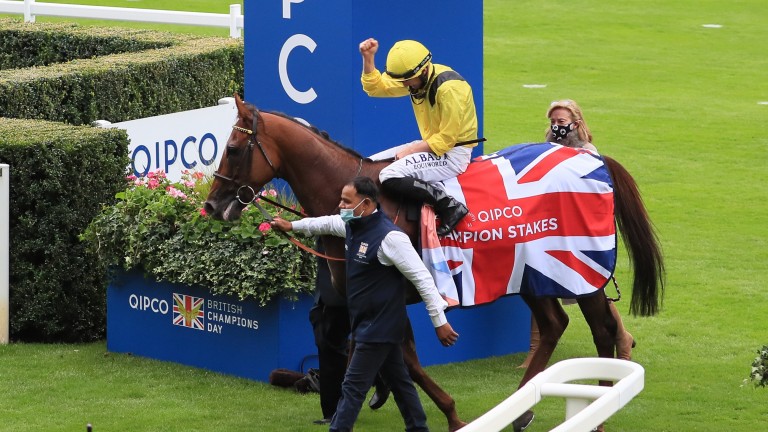 "He's elevated me to heights I thought I might never reach, never mind so quick in my career. So many opportunities have come because of him."

The 22-year-old said a table for two with Doyle had already been booked in advance and no doubt there will be a glass or two –something non-alcoholic of course – to celebrate, especially after he matched his partner's exploits when adding a second winner on the day when Njord triumphed for trainer Jessica Harrington in the Balmoral Handicap.

"We're in the fortunate position that things are going so well but, come on, this is ridiculous," said Marquand. "Coming to Champions Day and Hollie having two winners and then Addeybb and Njord go and win - it's genuinely a fairytale.

"I'm incredibly proud of Hollie. All she does is get up and graft everyday. I genuinely mean it, no one deserves the success more because it's all done through hard graft and a good mentality. We're both so lucky to be on this wave of success at the moment."

FIRST PUBLISHED 3:55PM, OCT 17 2020
He had been second a few times in Britain, so that for us is the great joy - we've finally won a championship race with such a good horse

Magical leads Ghaiyyath in Cartier Horse of the Year standings after Ascot third Gamble landed! Borodin wins at 4-1 having been as big as 33-1 Ascot runner-up Dame Malliot retired as the end nears for trainer Ed Vaughan Why there is absolutely nothing wrong with either soft ground or Champions Day Ascot officials satisfied with ground despite Gosden's Stradivarius comments Time to celebrate glory of geldings - four key takeouts from Champions Day