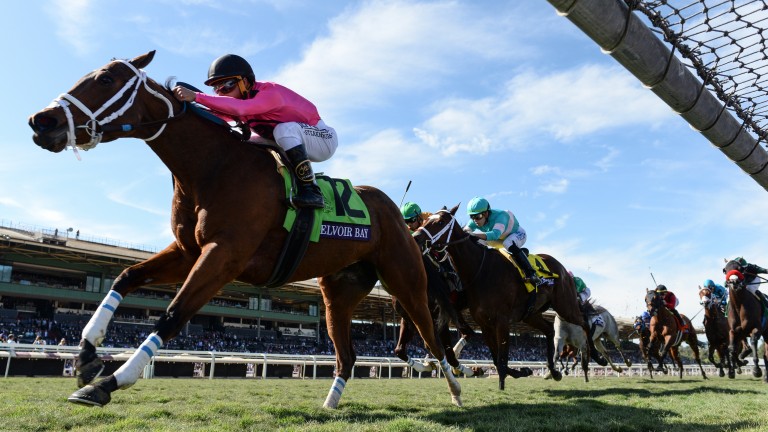 Six recommendations made by Dr Larry Bramlage in the wake of Mongolian Groom's death at last year's Breeders' Cup will be adopted for the 2020 edition at Keeneland.

Reaffirming a continued commitment to using a leadership position within the industry to encourage the adoption of increased safety requirements, the Breeders' Cup on Tuesday released a set of changes approved by the board at a regularly scheduled meeting.

Bramlage recommended six changes to be made by the Breeders' Cup in his report released on January 15.

Six changes to the Breeders' Cup

1. Pre-identify horses before arrival which have historic indications of concerns that need to be investigated. Subsequent to arrival, horses from this "watch list" should receive particular attention. The regulatory veterinarians responsible for the final decision on the horse and, all other veterinarians on the inspection team, should be made aware to observe these horses at every opportunity.

3. Improve the quality of the on-track observation opportunity by designating an observation area at least 110 yards long (half a furlong) for "on track" examinations somewhere along the track, requesting all Breeders' Cup horses trot this distance under tack as they enter the racetrack for exercise, no matter what exercise they are scheduled for. 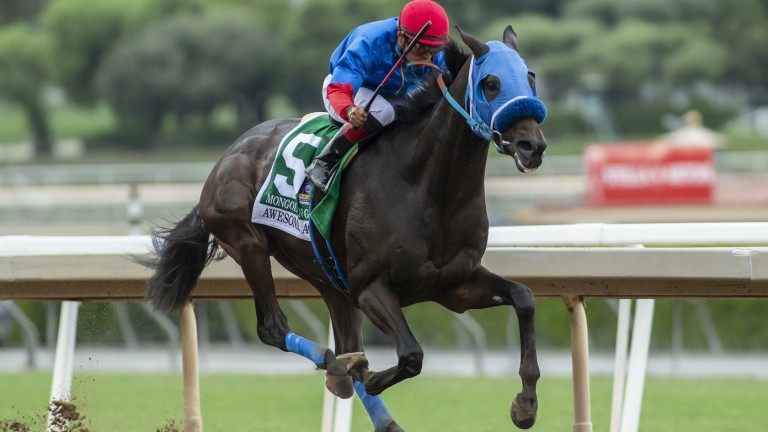 Mongolian Groom: was fatally injured at the 2019 Breeders' Cup

4. Create an area somewhere in the barn area where the regulatory veterinarians could observe the horses on the "extra scrutiny" list jog in a circle in hand in both directions if they think necessary.

5. Make diagnostic imaging, such as radiographs, nuclear scans, ultrasounds, MRI and PET scans an accepted part of the pre-race exams for selected horses.

"These process improvements are aimed at refining safety and veterinary evaluation protocols for future events," read the release from Breeders' Cup. "The report was the first of its kind as the Breeders' Cup leads by example in promoting transparency and accountability in Thoroughbred racing."

Breeders' Cup also remains heavily involved in the Thoroughbred Safety Coalition's advocacy for the implementation of the 19 safety and integrity reforms announced in November and December, at the state and/or track level.

To this end, in order to host a Breeders' Cup Challenge race, American tracks that are not members of the Thoroughbred Safety Coalition will be required to agree to adopt all 19 safety and integrity reforms that make up the Coalition platform and must demonstrate a good faith effort in implementing those reforms.

Drew Fleming, Breeders' Cup president and CEO, said: "The implementation of the increased safety measures outlined in the Bramlage report for our World Championships, along with the required adoption of the Thoroughbred Safety Coalition safety and integrity reforms by racetrack partners hosting Breeders' Cup Challenge races, are the latest steps the Breeders' Cup has taken to strengthen its longstanding commitment to instituting the highest standards in the overall conduct of our racing programs."

Purse payouts, meanwhile, in addition to overall race fund increases, will be modified to pay down to the tenth position from the current eighth position.

The prize-money increases begin with this year’s event at Keeneland on November 6 and 7 and will be allocated as follows:

“These purse increases reflect the Breeders’ Cup’s mission to keep our races competitive on the international stage,” said Fleming. “Our decision to increase purse payouts to tenth place in all our races is a tribute to the loyal participation of our owners and trainers who support the world championships each year.”