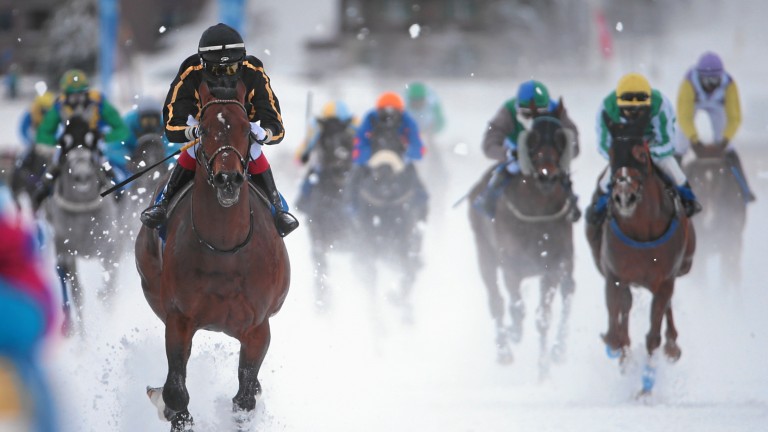 John Best celebrated his first winner of the three-week season of white turf at St Moritz in Switzerland on Sunday when the experienced Berrahri ran away with the Grosser Preis Longines.

Berrahri, who was a winner at the fixture a year ago, was backing up his good second of the previous week on the snow-covered ice lake, where overnight temperatures plummet to around -20C.

An easy seven-length winner, Berrahri now heads to the grand finale at the track, the Grosser Preis von St Moritz, next Sunday.

Speaking from Switzerland, Best said: "It's a great day for the team with Berrahri again showing how much he loves it here when winning the second Grand Prix trial race in convincing style by seven lengths with Dayverson de Barros riding.

"He had competition for the lead this time and when the jockey next to him told him down the back straight they were going too fast his response was, 'Pull back then because I’m going!' The track again rode really well with no trouble as far as I’m aware."

As to future plans, the trainer added: "Berrahri will hopefully be fine in the next few days and can run in the big race next week, where the extra furlong can only help him."

Best said: "Malt Teaser ran a little better this week but again made things tough for himself by missing the break. All being well he'll also run next week, but we may apply some blinkers just to concentrate his mind."

FIRST PUBLISHED 4:18PM, FEB 11 2018
When the jockey next to him told him down the back straight they were going too fast his response was, 'Pull back then because I’m going!'