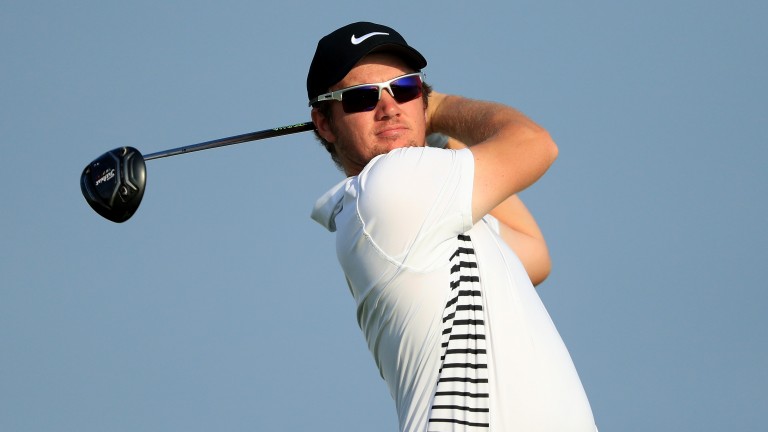 Golf tips, best bets and player analysis for the English Championship on the European Tour.

Live on Sky Sports Golf from 11.30am on Thursday

Lee Westwood has got to the stage of his life and career when chasing trophies is not the be-all-and-end-all – and he has happily turned down a place in the US PGA Championship to avoid potential Covid-19 problems.

Westwood, who says he is unimpressed with the United States' handling of coronavirus, will instead be a big fish in a small pond in the English Championship. And he will have a chance to top up his tan – Hertfordshire looks set to be warmer than California over the next four days.

The wonderful forecast and straightforward venue mean another European Tour birdie-fest seems on the cards. Westwood, who flopped in the British Masters last time out and expressed dislike for the flat atmosphere of post-lockdown golf, is an unattractive 14-1 chance.

Swashbuckling youngster Sam Horsfield held his nerve superbly to claim a maiden European Tour title on Sunday and the Manchester-born starlet could deliver an immediate follow-up in the English Championship.

It was a champion's performance from Horsfield which would have thrilled his long-time mentor Ian Poulter. He hit a magnificent approach shot to the 71st hole, which set up a two-putt birdie, then a composed lag putt from distance to deliver the winning par.

Horsfield turns 24 on Monday with his career on the up. The slow-play problems he suffered briefly are well behind him and the Florida-based powerhouse is threatening to turn into one of England's finest. He has been a professional for just over three years, winning the 2017 European Tour Q School.

A runner-up finish in the Tshwane Open quickly followed his arrival on the European Tour and he showed he could also handle the PGA Tour when 14th in the 2018 Arnold Palmer Invitational. Third place in the 2019 Czech Masters was another bold effort and Horsfield has also shown a liking for events in the country of his birth.

A tie for 15th in the 2018 BMW Championship was followed by fifth place in the British Masters that year. He was tenth in the same event at the end of last month, firing a third-round 61, then victorious in the Hero Open last week.

Horsfield carded a lockdown 59 on a par-73 course in Florida and clearly used the time productively. He has returned to action as sharp as a tack and the generous fairways of Hanbury Manor, with Florida-like weather expected, suit him just as much as the Forest of Arden did last week.

The form from last week is golden, with another similar resort layout set to be destroyed by the professionals, and Rasmus Hojgaard can go close again. The super-talented Danish teenager let a short par putt slide by on the 72nd hole of the Hero, dropping from third place to sixth, but his head seemed to understandably drop once his winning chance had disappeared.

Hojgaard, runner-up in the British Masters prior to his Hero effort, impressed in Britain and Ireland as an amateur and has fallen in love with this new UK Swing of the European Tour. The Mauritius Open champion, bursting with power, could overwhelm Hanbury Manor.

Third place in the Hero Open was a strong rebound from Chris Paisley after a missed cut in the British Masters and the stylish 34-year-old must be followed again. His three-shot success in a 2018 SA Open duel with local hero Branden Grace showed Paisley has plenty of bottle and he is well up to winning at Hanbury Manor.

Paisley, who won the 2012 English Challenge on the Challenge Tour in the home counties, should feel comfortable in Hertfordshire this week, while that is even more the case for local lad Callum Shinkwin, the big-hitter from Bushey.

Shinkwin is a 27-year-old who has come close to European Tour success in the past, losing a playoff to Rafael Cabrera-Bello for the 2017 Scottish Open, and his familiarity with Hanbury Manor could be all the former English amateur champion needs for another bold title bid. A tie for 28th in the Hero was a solid warm-up spin.

Sean Crocker is another power-packed outsider worthy of support. The 23-year-old American, who lost to Bryson DeChambeau in the semi-finals of the 2015 US Amateur, is yet to fulfil his potential. A share of 15th spot in the Hero was encouraging, though, and Hanbury Manor sets up well for ultra-attacking players such as Crocker. This could be the week he shows how good he really is.

Thomas Detry
The big-hitting Belgian must be respected, but a missed tiddler on the 18th green on Sunday means he remains a European Tour maiden and he may need time to recover from that savage blow.

Gavin Green
The Malaysian slugger makes his first post-lockdown appearance. He was in great nick prior to the suspension and could be a factor on suitable terrain if able to quickly shake off his rust.

When to bet By 7am on Thursday

When to watch Live on Sky Sports Golf from 11.30am on Thursday

Course overview Hanbury Manor was designed by Jack Nicklaus's son, Jack Nicklaus II, and opened in 1991. Nicklaus's eldest son worked on revising and extending a nine-hole layout crafted by Harry Vardon in the early 1900s. There are a few double fairways at the track and plenty of water hazards. The front nine is exposed and undulating, while the fairways on the flatter back nine are lined by trees. From 1997 through 1999 the English Open was staged at Hanbury Manor. The 465-yard par-four eighth hole is the toughest on the course, with out-of-bounds all the way along the right side and a lake guarding the left of the green. There are three par-five holes– all between 540 and 560 yards long

Weather forecast Sunny with gentle breezes for all four days, temperatures exceeding those found in California for the US PGA

Type of player suited to the challenge For the second consecutive week, the European Tour is staging an event on a straightforward resort course. Regulars at the Marriott Hotel & Country Club are able to make plenty of birdies along the generous fairways of Hanbury Manor, so the Tour stars should make merry, and a hot putter seems essential