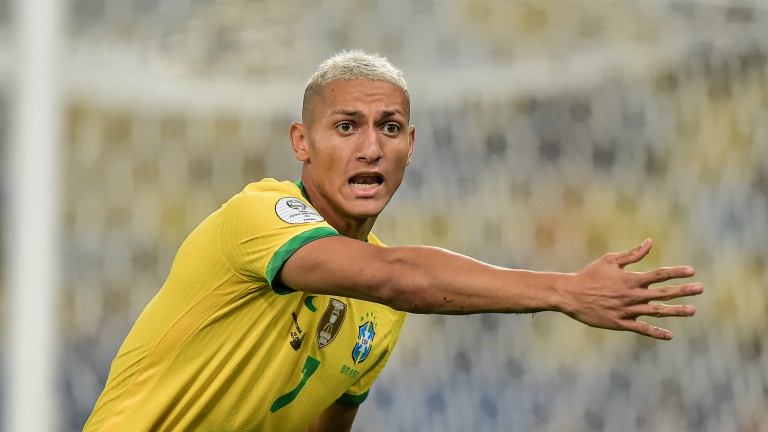 Best bets, predictions and analysis for Brazil v Germany in Group A in the men's Olympics football.

Home advantage would have certainly played a role in the Brazilian men's football team winning their first Olympic gold medal in Rio five years ago but they are again among the favourites to go all the way in Tokyo.

They won five of their seven games in last year's pre-Olympic tournament, thumping Argentina 3-0 in their final game, and they look the stronger side in their opening game - a rematch of the 2016 final against Germany.

Richarlison, fresh from helping Brazil to the final of the Copa America, is set to lead the line with ten goals in 32 appearances for the national team.

Matheus Cunha, who bagged a brace in that win over Argentina, and Paulinho are the main dangers down the flanks while Bruno Guimaraes is a regular in a decent Lyon midfield.

Captain Dani Alves adds experience at the back while Borussia Dortmund loanee Reinier is one to keep an eye on.

Germany's squad looks weaker and they are short on game time. They have played only one match in 2021 and even that was an underwhelming 1-1 draw with Honduras.

None of their squad featured at Euro 2020 either, meaning they could be rusty and they are worth opposing against a Brazil team, who are around 3-1 to make it successive gold medals in the men's football.