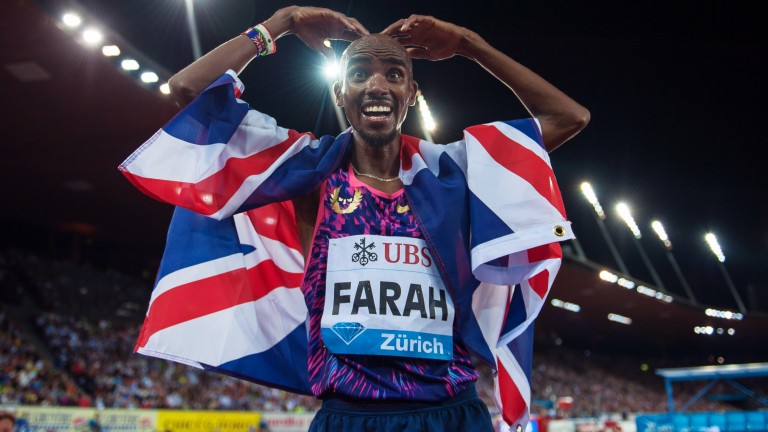 The streets of London have been filled by Extinction Rebellion protesters this week but on Sunday more than 40,000 runners will be the ones taking over the city.

The masses, who raise millions of pounds for many great causes, are the heartbeat of the London Marathon but there is still the serious business of the elite races.

British interest once again centres on Sir Mo Farah, who is aiming to become the first British athlete to win London since Eamonn Martin in 1993.

Farah's finished eighth in 2014 and was third last year, breaking the British record in the process. He lowered that mark further later in 2018, claiming his first win at the distance in Chicago with a European record of 2hrs 5mins 11secs.

A dispute with distance-running legend Haile Gebrselassie has cast a cloud over Farah's preparations and given the quality of the field, he cannot afford to be anything other than fully focused on the task at hand.

He is the bookmakers' second favourite, but faces a high-class set of opponents, eight of whom have run the distance faster than him, including overwhelming favourite Eliud Kipchoge.

Since switching to the road in 2013 the Kenyan has become a colossus of marathon running, winning ten of his 11 marathons and becoming the first man to run under 2:02 in Berlin last year. All three of his visits to London have ended in victory and his time of 2:03:05 in 2016 is a course record by more than a minute.

His compatriot Wilson Kipsang is the only person to have beaten Kipchoge over this distance - in Berlin in 2013 - although on recent evidence it would be a big shock if he finishes in front of Kipchoge again.

Ethiopia have a number of rising stars on the start list, including last year's runner-up Shura Kitata, who was 92 seconds quicker than Farah. But it's hard to see anyone threatening the dominance of Kipchoge.

Vivian Cheruiyot provided Kenya with double gold in 2018 with her victory in the women's elite race and she looks the value alternative to favourite Mary Keitany again.

Keitany is a three-time London victor but only one of those has come in the last four years when she has also finished second, ninth and fifth.

She beat Cheruiyot into second in New York last year to take her fourth win in the last five years in the Big Apple but the flatter nature the course in London brings the two closer together.

At 7-2 Cheruiyot looks a good each-way punt to retain her title and it would be no surprise if she again shares the top step of the podium with Kipchoge.