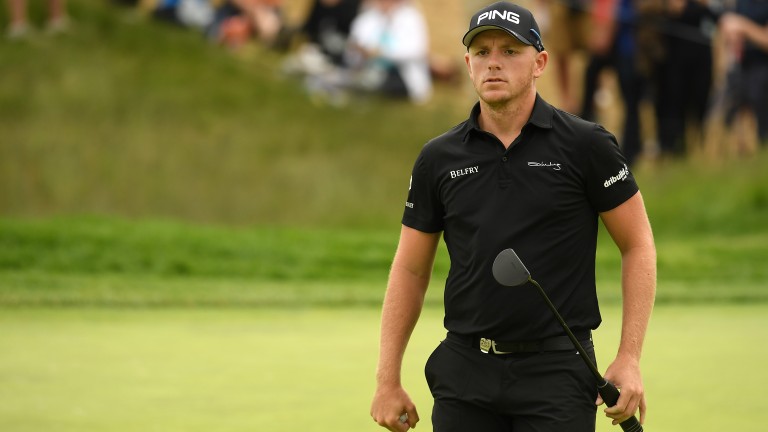 Matt Wallace drifted to 12-1 with one firm on the eve of the Scottish Championship, but the Londoner rewarded punters who kept faith with the favourite by carding a bogey-free opening round of 65 at the Torrance Course, Fairmont St Andrews.

The seven-under-par effort saw Wallace head to the clubhouse no bigger than 4-1 to claim a fifth European Tour title on Sunday. An explosive start meant the 30-year-old raced to six under par through just eight holes, before a less spectacular back nine.

Wallace ended his round alone in second place, three shots behind the pacesetting Adrian Otaegui, who opened with a morning 62. Ten birdies and eight pars sent the Spaniard clear. In-running punters may be surprised to see the world number 248 only a fractionally bigger price than Wallace with 54 holes to play. The ante-post market leader is still available at a more than fair price.

Second-round threeball punters are pointed towards Calum Hill for the 12.15pm contest. Otaegui, who has never won a main-tour strokeplay event and has been largely dire from the start of 2019 onwards, could easily stumble quickly from the front.

Kirkcaldy man Hill, relishing an opportunity in his homeland this week, can outscore Otaegui and James Morrison in round two, while Matthew Jordan, who recovered from a poor start to card a respectable 71, is an attractive option against Masahiro Kawamura and Toby Tree for the 1.25pm threeball.