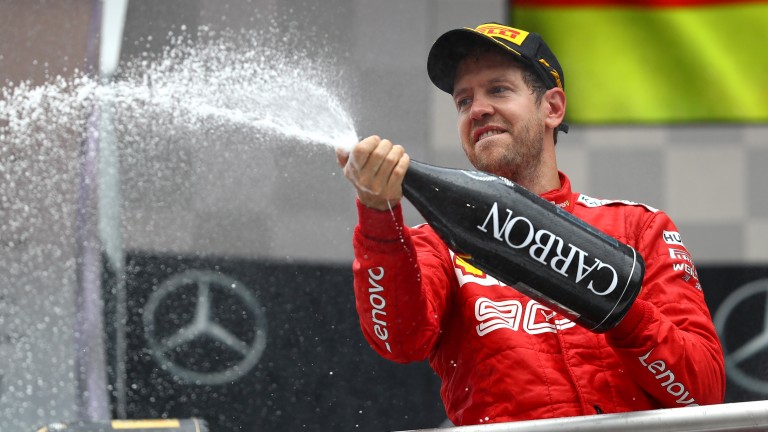 Mercedes have scored seven 1-2 finishes from the first 11 races of the season.

But the Silver Arrows have been put under pressure by Ferrari and Red Bull at the last few events and they cracked completely in the rain in Germany last week.

Lewis Hamilton went off the track and damaged his car while holding a commanding lead, and spent more than a minute in the pits during the team’s chaotic repair efforts.

Meanwhile his teammate Valtteri Bottas looked set for a podium finish before his race ended in the barriers.

The Mercedes drivers had contrasting fortunes on practice day for this weekend’s Hungarian Grand Prix.

Hamilton, tipped at 2-1 by Racing Post Sport, headed the opening session but Bottas was unable to set a time after suffering engine issues.

The session was hit by light showers, while the afternoon saw heavier rain after the drivers had managed a handful of laps in the dry.

It’s hard to draw conclusions from such interrupted running but it looks like Red Bull are in decent shape.

Max Verstappen has won two of the last three races, while Pierre Gasly is starting to show some form after a difficult start to the season.

Ferrari, still looking for their first win of the season, tried out an aerodynamic update in practice which Charles Leclerc was not entirely happy with.

Sebastian Vettel gave some encouragement with a strong third place in the morning.

Mercedes have been solid in low-speed corners this year and Hamilton looks the right favourite to take his fifth pole position of the year.

However, Bottas has managed little meaningful running in practice and with rain looking likely for the final session before qualifying the Finn could be at a significant disadvantage.

Verstappen is respected but despite his seven career victories he has never started from pole position and at the prices it could be worth taking a chance on Vettel.

The Ferrari was the class of the field in dry conditions in Germany and fighting through from 20th on the grid to finish second there will have provided a much-needed confidence boost for the four-time world champion.