Wednesday Action RACE OF THE DAY

1.50 Bangor: the one race you do not want to miss on Wednesday 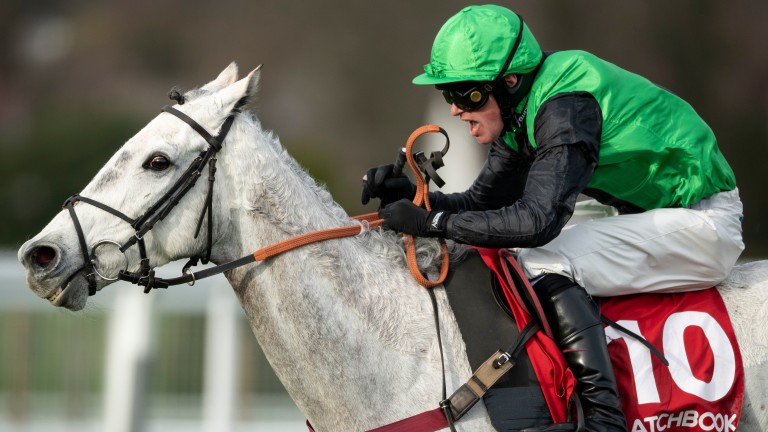 Commodore: has won three of his four starts over fences
Edward Whitaker (racingpost.com/photos)
1 of 1
By James Burn 6:00PM, NOV 12 2019

This £26,000 prize is named in honour of Arkle's owner and is one of the feature races of Bangor's season. It has also proved a happy hunting ground for Venetia Williams over the past decade.

The Herefordshire-based trainer has saddled four winners of this race since 2010 and her potential improver Commodore looks to have solid claims on this occasion.

The Stuart Edmunds-trained Classic Ben is another for the shortlist and worked pleasingly with stablemate Now McGinty in Lambourn recently. 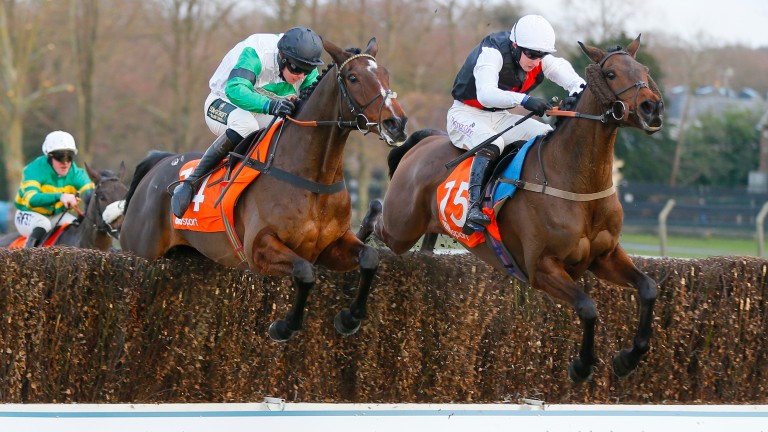 The form of that gallop was boosted when the latter finished a creditable second to Magners Cheltenham Gold Cup contender Santini at Sandown on Sunday.

Grand National-winning trainer Sue Smith, who saddles I Just Know, is without a success since April, but she is not known for summer jumpers and four of the yard's last six runners have made the frame. The stable may well have been on the mark already this week had Midnight Shadow not fallen at Carlisle on Monday.

Nigel Twiston-Davies is at the other end of the scale, saddling 30 winners since September 1, so Arthur's Gift must have a huge chance.

Kayf Adventure appears to have his optimum conditions with form figures of 11612 on heavy ground.

Sue Smith, trainer of I Just Know
He should come on for his last run at Wetherby and I'm happy with him. I just hope the ground is not too holding as he enjoys fractionally better ground, but I don't have an awful lot of options for him. Our runners at Carlisle on Monday ran okay and we were unlucky with Midnight Shadow, who had a novicey fall but I was happy on the whole. Hopefully we're in for a bit more luck now.

Charlie Deutsch, rider of Commodore
He's been pretty smart over fences and when I won on him at Warwick in December he had plenty in hand. He's quite exciting and jumps well, but the heavy ground might be a bit of an unknown – it'll find him out if he's not fit. I know he's not the easiest to train, but our horses have been running well first time out and we do think a lot of him.

Tim Vaughan, trainer of Looksnowtlikebrian
He seems in a good place at home and had a nice run at Carlisle, finishing fourth last month. Hopefully he can take a step forward from that and I think he'll handle the ground. It's a competitive race, but he could easily be in the mix.

Stuart Edmunds, trainer of Classic Ben
He did very well over the summer and he matured nicely. He’s had an away day in Lambourn recently with Now McGinty, so he’s as ready as we can get him. The ground was near enough heavy when he won at Sandown in February but he stuck to the outside, so we’ll see.

Olly Murphy, trainer of Calipso Collonges
He looks to have a good each-way chance and conditions will be absolutely ideal – the softer the better. He's come on for his first run and this might just be his Gold Cup for the season.

Ben Case, trainer of Graceful Legend
I hope the heavy ground won't be an issue as she finished second in testing conditions at Uttoxeter last season and had a nice warm-up run there the other day. She ran well for a long way and just got a bit tired, but hopefully she's improved for the run. I think she's got a little chance and is a grand mare who has done us proud.

The sound-jumping grey Commodore has plenty going for him. He was unbeaten in two starts last term, should have more to offer over fences and represents a yard that has a good record in this race. It looks quite open among the remainder and tentative second choice is Calipso Collonges, who may be at concert pitch with his reappearance under his belt.
Steve Boow

FIRST PUBLISHED 6:00PM, NOV 12 2019
He's come on for his first run and this might just be his Gold Cup for the season