Latest FOR THE NOTEBOOK

Three horses who caught the eye at Chelmsford on Thursday evening 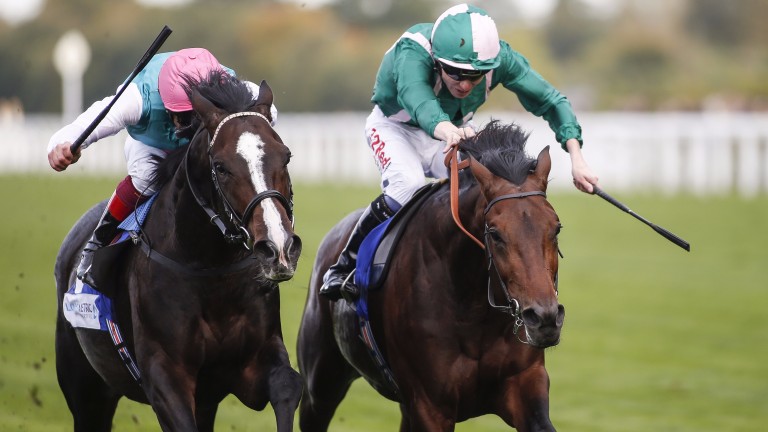 Chelmsford hosted a classy seven-race card on Thursday evening with each and every one of the winners more than capable of going on to bigger and better things this season. Here, we pick out three of the winners who most caught the eye…

Weekender progressed with every run last season and on the basis of his return at Chelmsford there is much more to come yet.

The four-year-old was strongly supported in the market and made all to win under Frankie Dettori, who never had a moment of worry as he cantered to a two-and-a-half length success over last year’s Northumberland Plate winner Higher Power.

Stakes company awaits this son of Frankel with races around this distance and up to two miles looking just what he wants.

What they say
"It was a good solid performance. We'll be looking at races up to two miles for him and it's just a question of where the right spots are for him" - Teddy Grimthorpe, racing manager for owner Khalid Abdullah, told At The Races.

Three horses separated by just over a head at the finish hardly points to a classy performance, but do not be fooled. Mr Marrakech is a smart horse - as are runner-up Tadbir and third Glendevon.

Mr Marrakech is value for further than his winning margin given he passed Glendevon on his inside and said ‘job done’, allowing Tadbir to rally further away from the pair. Trainer John Gosden confirmed the three-year-old has a tendency to do the bare minimum in his work.

Tadbir produced a game performance and will continue to do well this season while Glendevon got warm and carried his head a little awkwardly. He finished well though to show why his trainer holds him in high regard. They are a talented trio.

What they say
"They're three nice horses and it was way above standard for that type of event. We're pleased with our horse and we'll look at something like the King Charles II Stakes at Newmarket for him" - John Gosden, trainer

Course form counts for plenty at Chelmsford and few horses have quite such a strong affinity with the place as Lucymai.

Under a positive ride from Jack Duern, Lucymai made all to win as she liked by two lengths and take her record at the course to 631231121.

The newly upgraded Listed Charlotte Fillies' Stakes over 7f at Chelmsford on June 20 would appear to be the perfect fit for this filly. Prize-money is an impressive £75,000 as well.

What they say
"She's done nothing wrong here and there's a Listed race over seven furlongs in June that we might wait for. She deserves a little bit of a break" - Dean Ivory, trainer

FIRST PUBLISHED 8:18AM, MAY 11 2018
They’re three nice horses and it was way above standard for that type of event