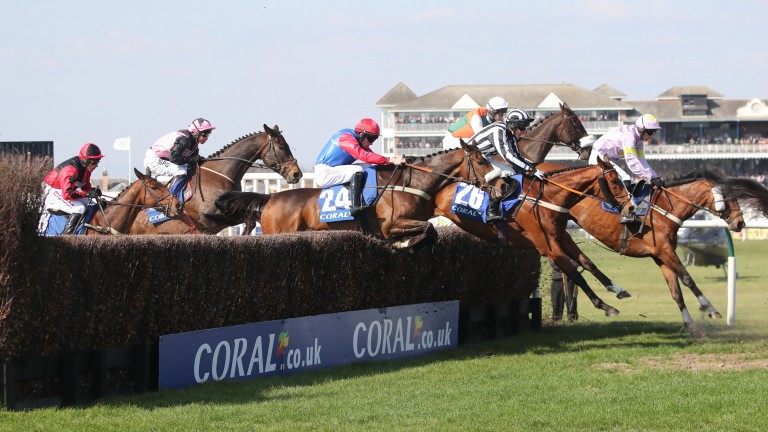 Delaying the Coral Scottish Grand National by a day due to the funeral of Prince Philip, the Duke of Edinburgh was the "correct and proper decision", according to Ayr’s managing director.

Saturday’s Scottish Grand National and Newbury’s spring trials meeting have been rescheduled for Sunday with no racing taking place between 2.45pm and 4.15pm on Saturday as a mark of respect for Prince Philip, who died on Friday aged 99.

The Scottish Grand National had been due to take place at 3.35pm on Saturday, after the start of Prince Philip’s funeral service at 3pm, and David Brown, Ayr’s managing director, was fully supportive of the decision to run the fixture 24 hours later than planned.

He said: “We totally support the BHA’s decision to move day two of the Coral Scottish Grand National from Saturday to Sunday as a mark of respect to HRH Prince Philip, the Duke of Edinburgh and to avoid a clash with his funeral.

“I believe the correct and proper decision has been made which allows those involved with the Scottish Grand National the opportunity to pay their respects to HRH Prince Philip with the racing going ahead the following afternoon.”

The fixtures at Ayr and Newbury, which features the Too Darn Hot Greenham Stakes and the Dubai Duty Free Fred Darling, will be shown on ITV on Sunday with the broadcast taking place between 12.55-4pm. There will be no ITV Racing next Saturday.

Keith Ottesen, Newbury's clerk of the course, said: “It's entirely appropriate that Saturday’s meeting is postponed as a mark of respect for the funeral of His Royal Highness Prince Philip.

“Our thanks go to the BHA and ITV Racing for their efforts to move the fixture in its entirety.”

Saturday’s meetings at Bangor and Thirsk will take place earlier than scheduled to allow them to finish by 2.45pm, according the BHA, with evening fixtures at Nottingham and Brighton “to be staged on or near their planned start times” with possible minor alterations to race times.

A statement from the BHA said: “As a mark of respect for the funeral ceremony of His Royal Highness Prince Philip, Duke of Edinburgh, it has been agreed that no racing will take place in Britain between 2.45pm and 4.15pm on Saturday, April 17.

“As a result, the Coral Scottish Grand National fixture at Ayr and the Dubai Duty Free spring trials fixture at Newbury will now be moved from Saturday to Sunday, April 18. Full race times will be finalised tomorrow [Monday].”

Jockeys have worn black armbands at racecourses and flags have been flown at half-mast since the royal family announced the death of Prince Philip, with this set to continue until Saturday.

Football and rugby fixtures scheduled for 3pm on Saturday have also been moved as a result of the funeral.

'He was such fun' - racing pays tribute to Prince Philip, the Duke of Edinburgh