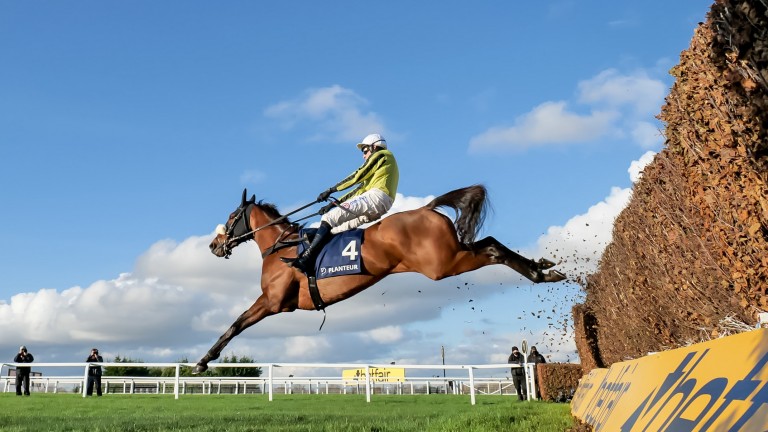 The presence of Allmankind and Master Tommytucker – exuberant, free-going types – may mean there is no hiding place in Huntingdon's premier race, and connections of the former, who is set to start favourite, are not bracing themselves for an easy ride.

Trained by Dan Skelton, whose brother Harry will ride the five-year-old, Allmankind has won eight races over jumps, making all each time, but in Master Tommytucker he has a rival who can also prefer to get on with it. 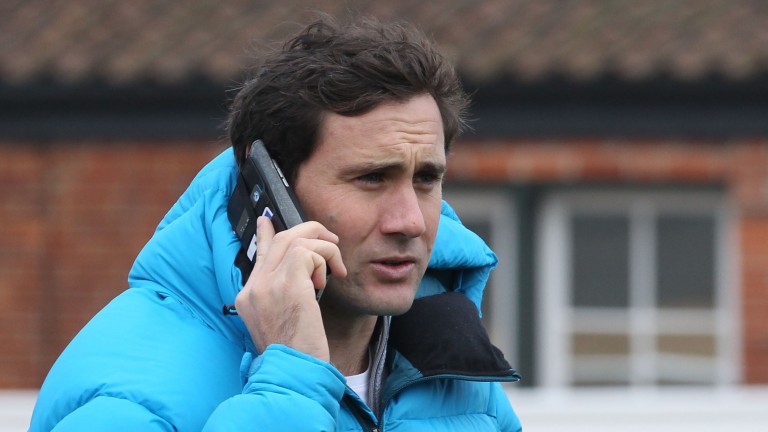 Tim Gredley: "He has definitely grown up"
Laura Green

Tim Gredley, who has links to the Skelton family through showjumping, owns Allmankind with his father Bill, and said: "With Master Tommytucker in there, I'm not sure we will get much rope out in front as he will take us on, so we might have to take a lead, but I will leave up that up to Harry.

"He has definitely grown up, and although he is a bit keen, he seems more settled and jumps better, and is much more rideable."

Allmankind was last seen winning Aintree's Old Roan Chase, and Gredley said: "He surprised me as there was a lot going against him there, but I think he reminded everybody how tough he was.

"The second horse, Itchy Feet, has run well since, while both Midnight Shadow [third] and Fanion D'Estruval [fourth] have gone on to win. I'm very excited.

"Two and a half miles is his gig. I think he jumps better at a slower tempo as it gives him more time at his fences, whereas against those two-mile horses who have more scope, it puts his jumping under more pressure."

Kim Bailey, trainer of First Flow
This was not the original plan, but he needs to run as he was trained for this weekend. I didn't want to run him on the watered ground at Sandown [in the Tingle Creek] so I'm hoping the ground will be softer at Huntingdon. We need to find if he does get two and a half miles, and if he does, it opens up another window of opportunity, which is great. I think he will get the trip, but his jockey [David Bass] doesn't. He has run over two-miles-three at Ascot, which gives hope. 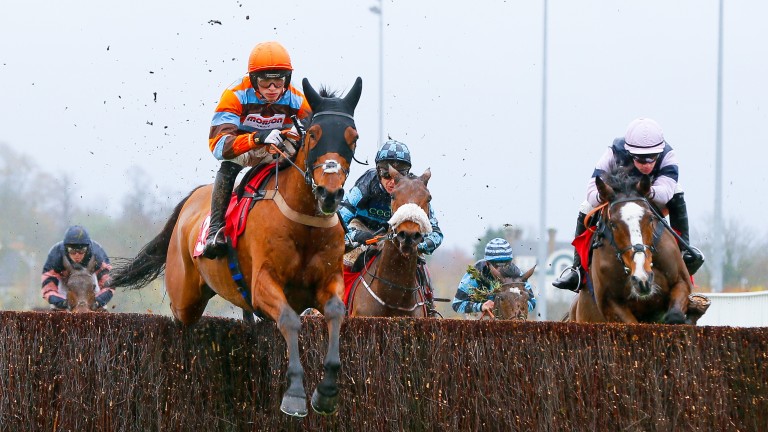 Paul Nicholls, trainer of Master Tommytucker
His performance at Ascot last time was a hell of a run, probably a career-best giving 6lb to Lostintranslation. He won at Huntingdon last season and I'd say he'll have a great chance. We don't have to make it and getting a lead would suit him, but the only thing in the back of my mind was he had a hard race two weeks ago. However, he's going on 11 and there's not much for him to run in over Christmas.

Charlie Deutsch, rider of Funambule Sivola
He is stepping back up in trip, but he has run over it and I think he will handle it fine. It is a flat track at Huntingdon as well so that should help him see it out. I schooled him on Thursday and he jumped well. We're happy with him.

Warren Greatrex, trainer of Keeper Hill
He seems in good form at home. This is a tough ask for him, but it is a nice place to start him off. I'm sure he will improve for the outing.

FIRST PUBLISHED 6:00PM, DEC 4 2021
I think he reminded everybody how tough he was

'There is no better feeling' - relentless Stag Horn delights Scholfield 'I'd love to see him at Cheltenham' - owner's festival dream alive with Kotmask Promising Jpr One to be entered for the Betfair Hurdle after stylish success 'I've had this race in mind' - who has been laid out for the Lanzarote Hurdle? 'He deserves his spot in this race' - Grade 2 novice hurdle insight Training titans put records on line against Haldon Gold Cup king Eldorado Allen