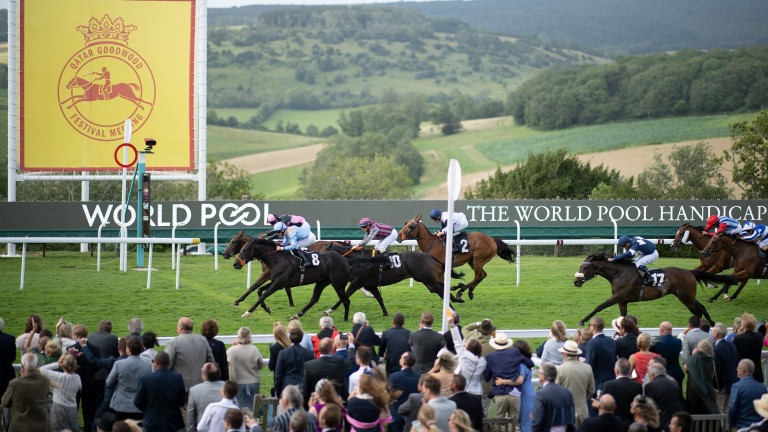 The World Pool was in operation at Goodwood this week
Edward Whitaker (racingpost.com/photos)
1 of 1
By Peter Scargill UPDATED 6:38PM, JUL 31 2021

Tote officials expressed delight at the depth of the World Pool at the Qatar Goodwood festival with each of the 22 races having volumes of at least £2 million bet into them.

The World Pool, which has been in operation since 2019 and co-mingles bets struck by punters in 20 different countries into one pool, was in use for the first time at Goodwood with all the races on the first three days of the meeting having markets.

In total, 12 British racedays, such as Royal Ascot and Cazoo Derby day, have been covered by the World Pool this year with the Tote stating that nearly £250m had been bet into the markets from across the world for those meetings, led by punters in Hong Kong. 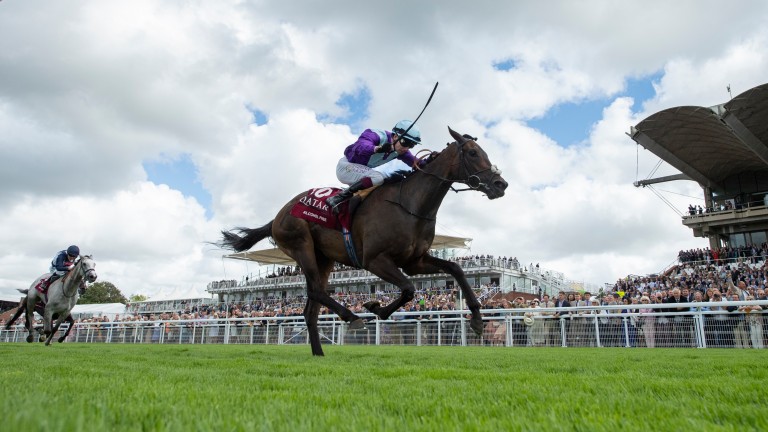 Tote director of communications and corporate affairs Susannah Gill said: "The first ever World Pool at the Qatar Goodwood festival performed very strongly which is testament to the quality of racing on show during the week.

"There were exceptional examples of value across the week for tote.co.uk customers. This included six overbroke markets, while the Tote+ win price beat the SP on 17 occasions and matched it on the remaining five races due to Tote Guarantee being in place."

She added: "We're looking forward to World Pool continuing at the first three days of the Welcome to Yorkshire Ebor Festival which will be another popular race meeting with global racing fans."

The World Pool is a collaboration between Ascot racecourse, two businesses trading together as the Tote, and the Hong Kong Jockey Club.

Three further World Pool meetings are set to take place in Britain and Ireland this year, beginning with the Ebor festival at York next month, before moving on to Longines Irish Champions Day at Leopardstown in September and finishing with Qipco British Champions Day at Ascot in October.