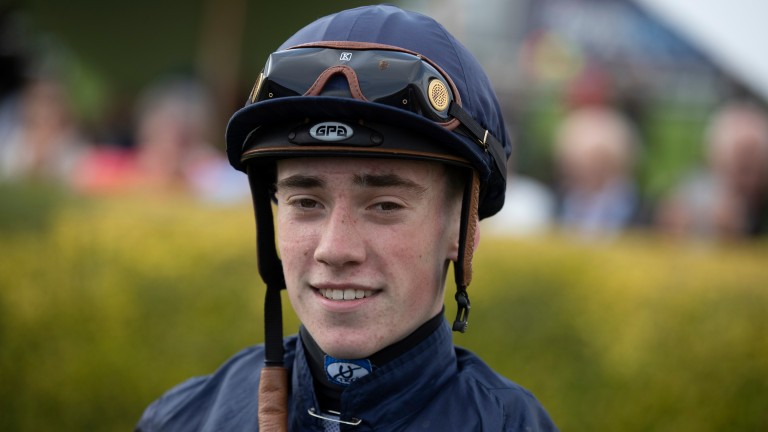 Shane Crosse: will miss the ride aboard Galileo Chrome after testing positive for Covid-19
Patrick McCann
1 of 1
By Mark Boylan UPDATED 4:41PM, SEP 11 2020

Rising star of the Irish weighing room Shane Crosse will not be able to take the ride on Galileo Chrome in Saturday's Pertemps St Leger after testing positive for Covid-19.

Apprentices Mikey Sheehy, Dylan Browne McMonagle and Alan Persse, who work for Joseph O'Brien and have been deemed close contacts, have also been stood down from their rides at Limerick on Friday.

Irish Grand National-winning rider JJ Slevin, also based with O'Brien, will bypass his intended mounts at Kilbeggan on Friday evening, while runners from the yard have been looked after by staff from other yards at the races today. 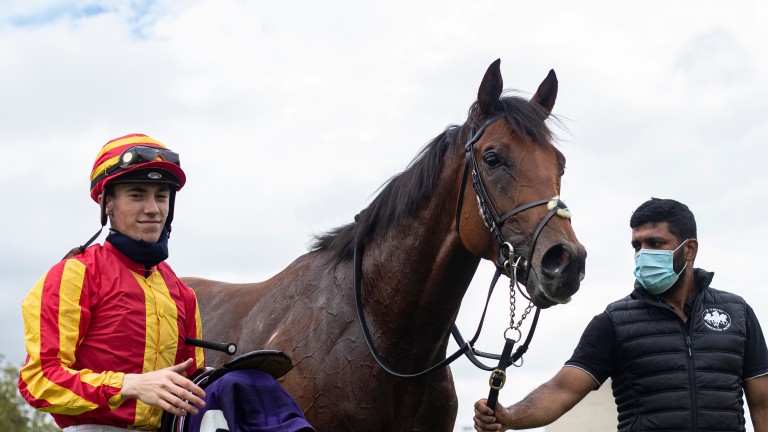 Crosse, who recently rode out his claim and will turn 19 later this month, was also set to ride 1,000 Guineas favourite Pretty Gorgeous in Sunday's Group 1 Moyglare Stud Stakes, but will now face a 14-day isolation period.

The positive test was discovered while undergoing a pre-travel Covid-19 test ahead of his intended journey to Doncaster, with Tom Marquand now set to partner Galileo Chrome, a general 5-1 chance for Classic glory.

"He was not unwell and hadn't engaged in any high-risk behaviour. He is now in isolation for 14 days and has worked with us on identifying his close contacts." 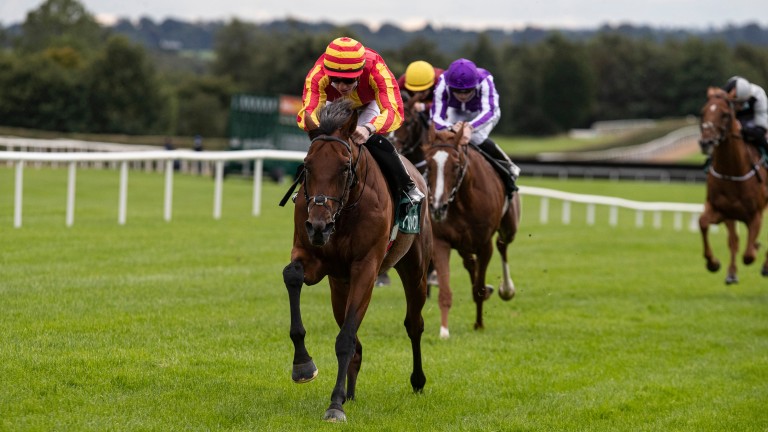 She added: "We have been in communication with the public health authorities today, notified them of the test, and they are happy with the steps we have taken.

"It means that those who have shared a car with him, and those who live with Shane, have been informed they must also self-isolate for 14 days.

"As directed by Public Health, contact tracing commenced on Friday morning and testing will be carried out today of all close contacts of the index case."

The Republic Of Ireland's national football team also abided by the criteria for elite sportspeople outlined by the government, with the team playing away to Bulgaria last Thursday before hosting Finland in Dublin that weekend without quarantining for a fortnight. 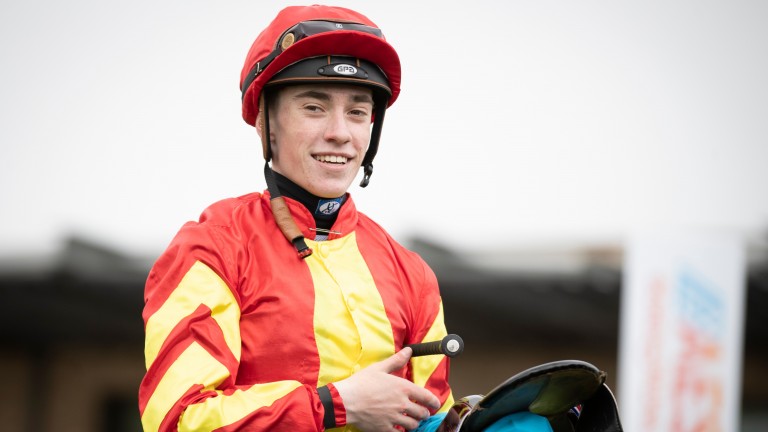 Joseph O'Brien on Shane Crosse: "Shane feels 100 per cent and has no symptoms"
Patrick McCann

Joseph O'Brien said the young rider, who has won four Listed races, three Group 3s and two Group 2s this season, is disappointed to miss out on a bumper weekend but thankfully is feeling perfectly healthy.

"It's very disappointing for Shane as he had a big weekend ahead but he's going to be out for a little while as we're following the necessary public health guidelines," said the trainer.

"We've been working with the IHRB's Jennifer Pugh. Other close contacts to Shane in the yard will be tested and follow the procedures in place.

"Some of the lads aren't riding at Limerick and Kilbeggan today as a result. We've been adhering to the protocols in the yard all the way along and we'll obviously be hoping that nobody else tests positive over the coming days." 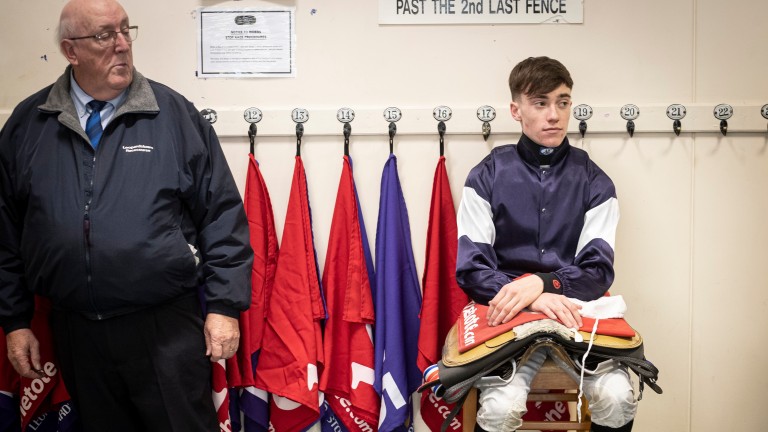 Shane Crosse: only the riders who were sitting closest to the former champion apprentice in the racecourse changing areas have been tested
Patrick McCann

He added: "We've all been fortunate up until now in Irish racing that we've had no positive tests, we’ve been following protocols throughout but it was probably always going to happen at some stage.

"Shane feels 100 per cent and has no symptoms, he received the results of his test this morning."

Stringent contact tracing is currently taking place for those who would have been in close proximity to Crosse recently, including O'Brien's staff and anyone who would have shared a car journey or is living with the rider.

It is understood that, aside from these close contacts, only the riders who were sitting closest to the former champion apprentice in the racecourse changing areas have been tested.

"We have been prepared for this and have responded accordingly, and this case reinforces just why we have had such strict protocols in place since racing resumed on June 8," said Pugh.

"These measures ensure social distancing is taking place at racecourses, and face masks and coverings are mandatory both inside and outside." 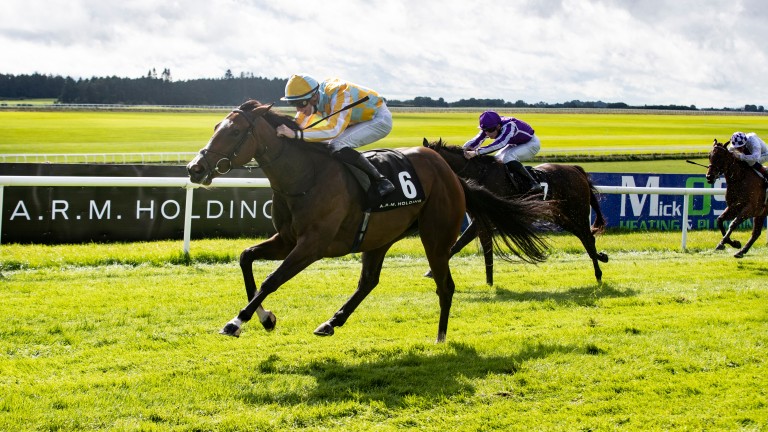 She added: "Shane is employed by trainer Joseph O’Brien and we have been working with Joseph this morning to provide contact tracing and testing of Shane’s close contacts.

"Public Health are satisfied with our protocols and the measures we have taken, and for racing to continue under strict protocols behind closed doors."

Declan McDonogh is the beneficiary of the plum ride in the Moyglare Stud Stakes for Pretty Gorgeous, who is priced between 4-5 and 5-4 to follow up her Debutante Stakes success in Sunday's Group 1 prize.

Crosse missed out on a 21-1 double at Limerick on Saturday, with Wayne Lordan stepping in to partner opening scorer Thinking Of You, while Colin Keane struck aboard Dragon Of Malta.

2020 Pertemps St Leger: the runners, the odds, the verdict

FIRST PUBLISHED 2:23PM, SEP 11 2020
Shane was completely asymptomatic and was very surprised to learn of the test result

William Buick goes top in title race as he continues fine run of form 'Course form is the best form' - find out which trainer is feeling bullish His place, his moment, his destiny - Stradivarius on the cusp of Ascot history Ballydoyle battalions primed to give Aidan O'Brien a ninth Queen's Vase win 'I can't believe his price' - find out who's bullish before the Wolferton Can one-of-a-kind Jim Bolger pull off more Group 1 heroics with Poetic Flare?