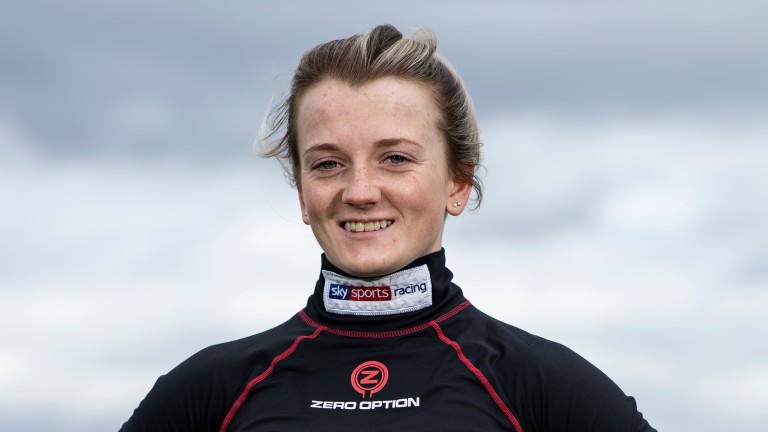 Hollie Doyle: behind only Lewis Hamilton in the market for Sports Personality of the Year
Edward Whitaker
1 of 1
By Jonathan Harding UPDATED 2:38PM, DEC 20 2020

The odds on Hollie Doyle being crowned BBC Sports Personality of the Year tumbled again on Friday and she is now the general 11-4 second favourite, having been available at 25-1 earlier this week.

The jockey is behind only Lewis Hamilton in the market for Sunday's illustrious prize and has been backed into as short as 9-4 with Sky Bet, having usurped Ronnie O'Sullivan as second favourite.

And on Friday evening the BBC confirmed Doyle will be allowed to attend in person, despite riding in France on Saturday, under a government-approved quarantine exemption relating to TV production cast and crew for essential broadcasts.

A BBC spokesperson said: "In accordance with DCMS guidelines around TV production a quarantine exemption has been applied to Hollie Doyle and we're delighted this will enable her to attend Sports Personality of the Year. The BBC continues to observe and implement all DCMS Covid-19 guidance to ensure that the safety and welfare of our cast, crew and contributors is maintained. This includes enforcing of two-metre social distancing and wide testing where appropriate."

The #VoteHollie campaign has helped support grow for the record-breaking rider, who won her first Group 1 aboard Glen Shiel at Ascot this year and was still available at 14-1 on Thursday.

"Hollie began the month as a 25-1 outsider but had contracted into 8-1 on Thursday and then usurped Ronnie O'Sullivan as second favourite at 6-1 this morning," said Paddy Power's Paul Binfield.

"She's now into 11-4, with the racing parish once again getting fully behind one of their own as they managed to do so successfully with AP McCoy in 2010. While a win for Hollie will hit the bookies in the pocket, the exposure for our sport will be absolutely magnificent."

Doyle expects to attend the live studio show at Salford's Media City  despite fears earlier this week that a trip to France for two rides at Deauville on Saturday would cause Covid-19 complications.

Liverpool captain Jordan Henderson, WBC heavyweight champion boxer Tyson Fury and England cricketer Stuart Broad are the others in contention for the honour on the six-person shortlist.

Racing's only previous Sports Personality of the Year winner, Sir Anthony McCoy, had what is now the Caspian Caviar Gold Cup at Cheltenham rechristened the Vote AP Gold Cup in 2010.

FIRST PUBLISHED 2:51PM, DEC 18 2020
While a win for Hollie will hit the bookies in the pocket, the exposure for our sport will be absolutely magnificent

Frost was questioned as though in the dock - and it was not comfortable to watch Ryan Moore fends off suggestion of bias from Gibbons' counsel in High Court Liam Jones on the sidelines again after he breaks leg in freak accident Watch: Upping The Ante episode 4 | Cheltenham Festival ante-post preview 2022 'Winning the National is the dream' - lucky punter thinks big after £281,000 win Dunne's alleged vile language towards Frost sets grim tone on opening day