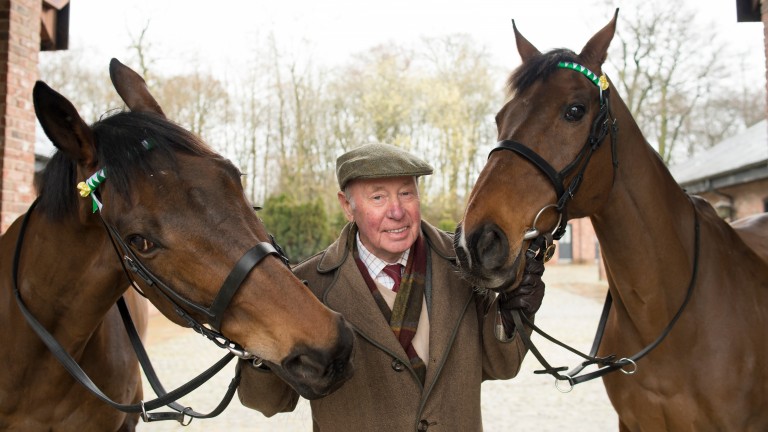 Trevor Hemmings: the racing world paid tribute to the owner this week following his sad death
Edward Whitaker (racingpost.com/photos)
1 of 1
7:00AM, OCT 17 2021

It's no coincidence he was such a successful owner because he gave you the time with horses in an era when some people don't. You knew you were allowed to do the right things for the horses' future
Donald McCain on the "irreplaceable" Trevor Hemmings after his death aged 86

It wasn't just racing we mustn't forget – it was football and his charity work. He loved his horses and was just a gentleman – there wouldn't be a bad word to say about him from anyone
Oliver Sherwood pays tribute to Hemmings, the owner of his 2015 Grand National winner Many Clouds

I know this feeling well. It's not much fun, it's a lot of pressure. We should be enjoying it, but it's not that enjoyable
Oisin Murphy on what the jockeys’ championship has taken out of him
Read the full piece here

It's sad for me personally, having waited such a long time for a horse of his calibre to come along then only to get the eight starts into him
Ed Walker speaks of his frustration following top sprinter Starman's retirement

I woke to the news in the morning and I was a mess. My heart was melted and I literally couldn't think of watching a race
Owner Ozzie Kheir is inconsolable following the death of Cox Plate hero Sir Dragonet

I bet he's not too far behind him ability-wise at the moment. Did Denman put in a better display on his first run in a chase? Probably not
Paul Nicholls is all praise for Bravemansgame following his chasing debut

Change is very tough but now they can see the quality of the races, the horses, and the support of owners and trainers. We are getting first-class horses, not second-class
Sheikh Fahad Al Thani reflects on the success of British Champions Day on its tenth anniversary

It was a complete trainer error. I thought I was being clever, but I looked really stupid
Charlie Fellowes righted the wrongs with Mr Curiosity when winning at Redcar on Friday