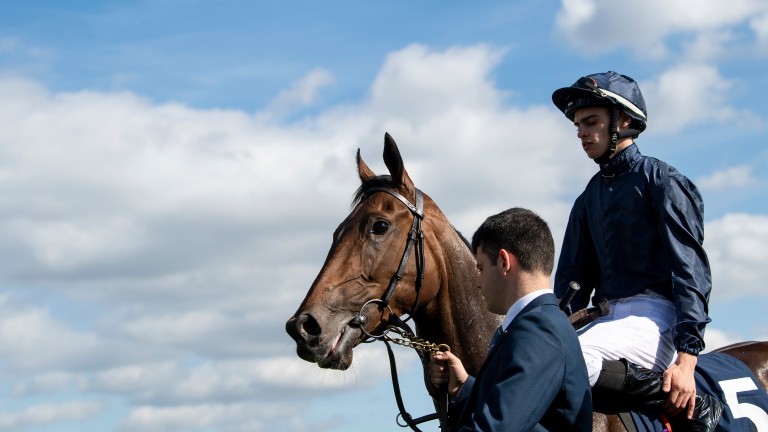 Fleeting has been supplemented to the Ribblesdale Stakes by her Coolmore owners
Edward Whitaker
1 of 1
By Lee Mottershead UPDATED 6:24PM, JUN 19 2019

Is the Oaks hoodoo firmly a thing of the past?

In the last two years what was once perceived wisdom has been turned on its head. Aidan O'Brien and William Haggas want to keep it turning.

It was generally felt running in the Oaks was damaging to the claims of any filly who went on to the Ribblesdale Stakes, yet Coronet in 2017 and Magic Wand last season landed the Group 2 prize having taken minor money at Epsom.

This time Magic Wand's trainer Aidan O'Brien is hoping for a similar outcome with Oaks third Fleeting, last week supplemented for the Ribblesdale at a cost of £17,000.

O'Brien, who also saddles Peach Tree, said: "We were delighted with Fleeting at Epsom. She hasn't done a whole lot since the Oaks but seems in good form at home and we're very happy with her.

"Peach Tree only ran the other day at Cork and ran well. We always thought a mile and a half would suit her and that's the way it has turned out."

"I know it's hard to believe but she seems to have come forward for the Oaks," said Haggas. "On the evidence we've seen it seems to have done her a bit of good. I don't know about the ground, though. Her mother didn't like it but her father's progeny do seem to like it."

Sir Michael Stoute is famed for his patience and seeing the bigger picture, an approach the most successful trainer in Royal Ascot history must hope will lead to the owners of Queen Power soon owning a big picture of the filly winning at Royal Ascot.

After taking a recognised Oaks trial at Newbury, Queen Power received Classic quotes from bookmakers but, guided by Stoute's advice, King Power Racing chose to bypass Epsom and aim the daughter of Shamardal at the Ribblesdale Stakes.

That Newbury effort came over a mile and a quarter, while Silvestre de Sousa's mount had started her campaign with a close second at Ascot over a mile, so the Ribblesdale distance provides a new test, as does the rain-softened ground. 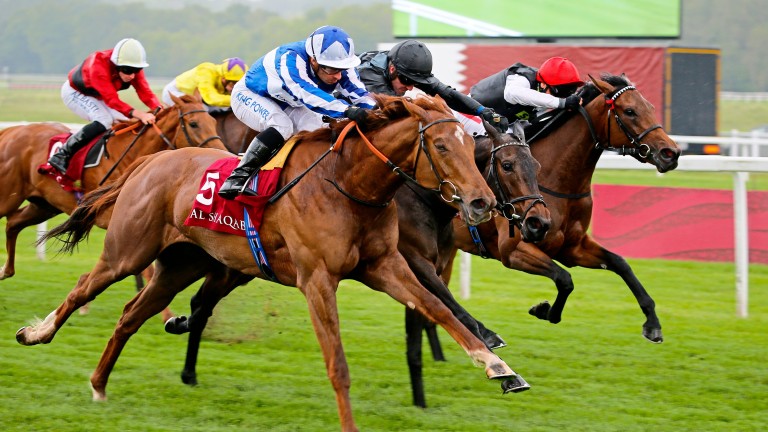 "Things went against her at Newbury but she still won. It was then a pretty straightforward decision to miss the Oaks as the race just came too quick. The French Oaks was then debated but Sir Michael has high hopes for the filly and wasn't keen to travel her so early in her career.

"The testing ground is definitely an unknown but her three-parts brother Zabeel Prince does go on it. I think she will as well– it's maybe more a question of the distance and the ground combined."

Which of Gosden's four is the one?

John Gosden will spend a lot of time saddling horses before the Ribblesdale Stakes, in which he boasts four of the 11 runners– but which one has the best chance?

Given Sparkle Roll is part-owned by Qatar Racing she was always going to be partnered by Oisin Murphy. The stable's number-one rider Frankie Dettori is aboard Star Catcher– third to Queen Power at Newbury –with number-two jockey Rab Havlin on Shambolic and Andrea Atzeni linking up with Fanny Logan.

"They all represent different owners and have each-way chances, so it made sense to give it a go," said Gosden.

"We were going to send Fanny Logan to the Italian Oaks but didn't fancy sending her all the way there in 34C heat, so she's staying here. She ran well at Chester and should handle the ground.

"We've had this race in mind for Shambolic for a while and she's on an upward curve.

"Sparkle Roll didn't like the fast ground in the Musidora at York last time and this surface should be fine for her, while we've had this race in mind for Star Catcher since she won her maiden at Newbury in April."

He is only 31 years old, has only ten horses in training and has never previously run a horse at Ascot.Despite all that, it is entirely possible County Meath's Jack Davison could have the Ribblesdale winner in his yard.

That horse is Fresnel, last seen finishing one place behind Frankellina when fourth in the Musidora Stakes. 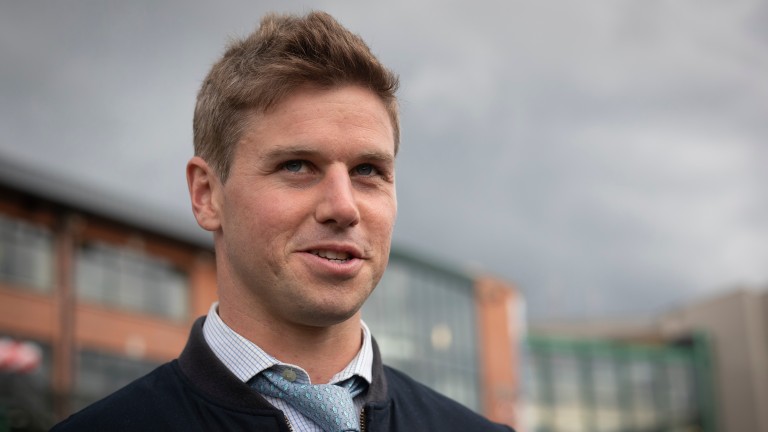 It promises to be a big day for Jack Davison, who will be having his first runner at Ascot when Fresnel contests the Ribblesdale Stakes
Patrick McCann

"She's ready to rock and we're very excited– we're just trying to curtail that excitement at the moment," said Davison. "She's in tip-top shape and has come forward nicely since York. Her work has been great and she's travelled over very well."

Rather more accustomed to big-race success is Joseph O'Brien, whose hopes resthere with Altair.

He said: "It's obviously a much stronger race than the one she won at Gowran Park but she ran well in a stakes race at Navan that has worked out well and the step up in trip should suit her."

The line-up is completed by the Jane Chapple-Hyam-trained outsider Love So Deep.

Fleeting caught the eye in what was admittedly a below-par renewal of the Oaks. She has a good chance if reproducing that form but several of her rivals look open to improvement now that they are upped to 1m4f, including Fresnelwho is taken to give young Irish trainer Jack Davison a fairytale success. The selection is within striking distance on form and is bred to relish this trip, so at the prices she is worth an investment. Star Catcher, the mount of Frankie Dettori, may prove best of the John Gosden runners, while Oaks sixth Frankellina is also in the mix. Queen Power is less of a guaranteed stayer on breeding but she will be a major player if lasting home.

Bet in any race at Royal Ascot today with William Hill and get money back if you finish 2nd.For full details click here

FIRST PUBLISHED 6:00PM, JUN 19 2019
She hasn't done a whole lot since the Oaks but seems in good form at home and we're very happy with her

Ascot collector's item as Dettori's flying dismount outshone by tearful groom Love brightens the week for Aidan O'Brien but draw-bias punters are wrong-footed What we learned from day two of Royal Ascot What heights can Love conquer now? We assess her comeback victory at Royal Ascot 'Course form is the best form' - find out which trainer is feeling bullish Mohaafeth bidding for redemption for William Haggas after late Derby withdrawal