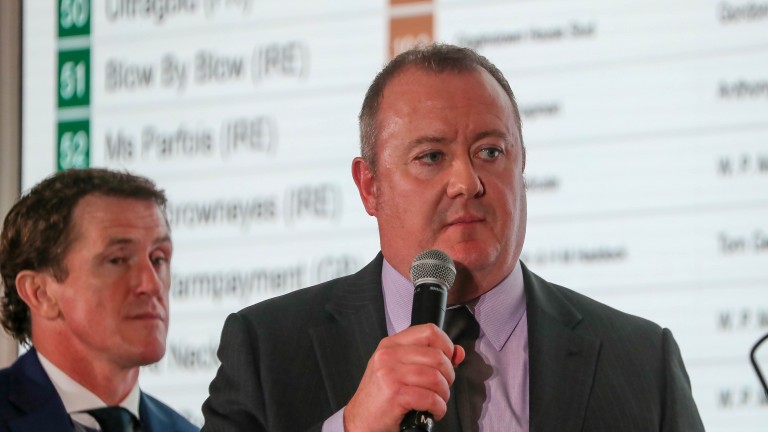 Bristol De Mai may have top weight for the Randox Health Grand National but he's been let in lightly according to BHA chase handicapper Martin Greenwood.

The dual Betfair Chase winner is officially rated 173 but has been asked to run off 168 at Aintree, in an attempt to balance the weights.

"My reasoning was, 'Do I want a horse out of kilter at the top or potentially ten out of the weights at the bottom?'" said Greenwood.

"No handicapper likes any horse not running off the mark we believe he should be off, but the National is an unusual, unique race and I think there’s room for discretion.

"It's the second highest mark run off in 20 years, he’s a top-class chaser and if he wins this race it will be an all-time star performance."

Nigel Twiston-Davies, who trains Bristol De Mai for Simon Munir and Isaac Souede, said: "It's nice to give the decent horse a chance. It definitely concentrates the mind on the race more than would have been the case otherwise.

"We'll talk about it but the main aim is the Gold Cup, then we’ll make a plan."

Greenwood singled out JP McManus's Auvergnat as the horse who gave him the most trouble in his first year handicapping the £1 million chase.

But the handicapper's fears may be groundless as Sir Anthony McCoy, adviser to McManus, said: "I doubt very much that Auvergnat would run.

"I wouldn't run him if he were mine. It would be against my principles to run a horse who was badly in at the weights – but he's not my horse."

FIRST PUBLISHED 7:15PM, FEB 12 2019
It's the second highest mark run off in 20 years, he?s a top-class chaser and if he wins this race it was be an all-time star performance