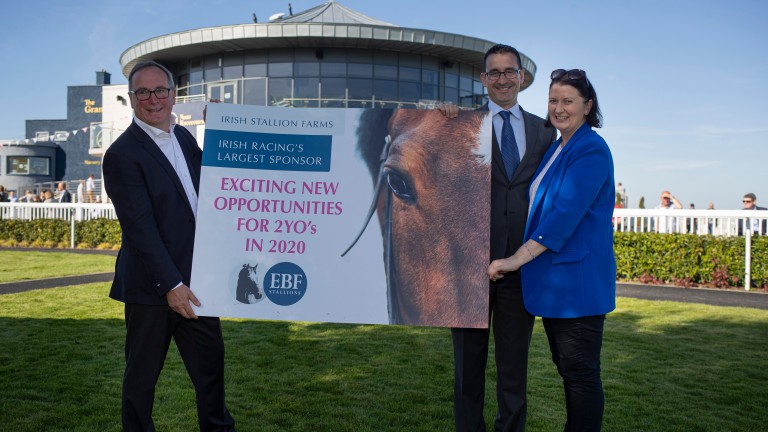 Irish EBF: announced its backing of a revamped 2020 two-year-old programme last September
Patrick McCann
1 of 1
By Mark Boylan UPDATED 11:41AM, MAY 23 2020

Racing in Ireland has received a timely boost from the Irish European Breeders' Fund, with the country's largest sponsor increasing its 2020 sponsorship input to €2.5 million.

The organisation, which committed to contributing €2.2 million towards Irish prize-money in 2019, revealed the move on Friday and is working closely with Horse Racing Ireland to ensure all funds, including those not distributed during the suspension of racing, are allocated.

The remaining prize-money will be assigned with a focus on grassroots races throughout the rest of the year, as Irish racing gears up for a June 8 return.

The move, which reinforces EBF's commitment to the sport in Ireland, means this year's contribution will be the highest level of financial backing the organisation has provided to Irish racing since its foundation in 1983.

The organisation's financial input is generated by contributions from Irish stallion farms. 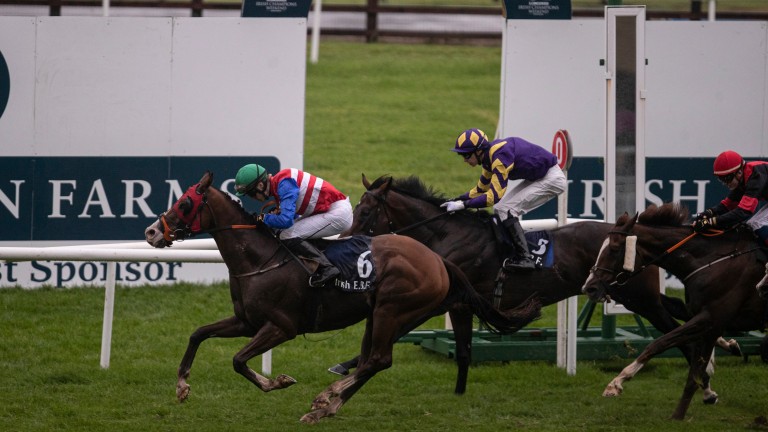 Irish EBF chairman John O'Connor said: "Prize-money is the lifeblood of racing and supports owners, trainers, jockeys and stable staff and for that reason the Irish EBF, which is funded by stallion farms, has decided to increase its allocation to HRI for 2020 to assist HRI in trying to replace the lost opportunities for all the participants in Irish racing during the Covid-19 suspension of racing.

"We will encourage all of our co-sponsors to continue to support the Irish racing industry at this crucial time when the industry is facing its greatest ever challenge."

HRI director of racing Jason Morris added: "The Irish EBF have long been staunch supporters of Irish racing and as we work towards the resumption of racing, it is reassuring to know that they will be there when needed."

The Irish EBF revealed a revamped 2020 two-year-old programme last September and has been heavily involved in initiatives such as the Foran Equine Irish EBF Auction series.

FIRST PUBLISHED 12:56PM, MAY 22 2020
Prize money is the lifeblood of racing and supports owners, trainers, jockeys and stable staff