Rishi Persad: 'The thought in my head was 'holy s***, this is massive'' 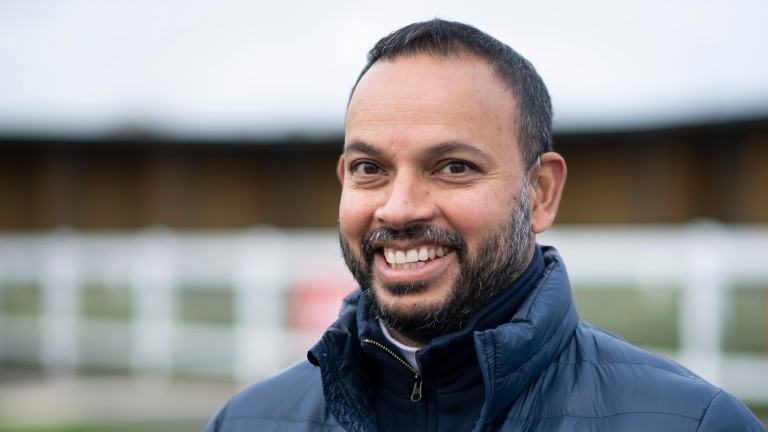 It seemed very much business as usual on Betfair Hurdle day at Newbury in 2015 when AP McCoy rode his 200th winner of the season for the tenth time.

Victory on Mr Mole in the Game Spirit Chase brought up the landmark once again for McCoy and then Channel 4 presenter Rishi Persad asked the legendary rider what the achievement meant.

McCoy replied: "I'll tell you something else, Rishi, it's going to be the last time I ride 200 winners. Having spoke to Dave Roberts and JP McManus, I'm going to be retiring at the end of the season."

It was the proverbial bombshell and Persad recalls one of the most memorable moments of his career . . .

Expecting AP to ride his 200th winner of the season for the tenth time at some point in the day, I had prepared the question to ask him and a lot of the jockeys very often pass credit to the team they work with and never really answer the question about themselves when you try to heap praise on them.

So I asked him to put the achievement into context and when he told me it will be the last time he’ll be doing it, I expected him to say he might be scaling back his rides or something along those lines, so the answer he came back with was surprising.

I was stunned, almost lost for words. There was a moment after AP announced he was going to retire where there was a brief silence as, like a sports fan that I am, I was blown away by surprise.

Remember this @RishiPersad1? For three seconds, none of us quite knew what to say as @AP_McCoy revealed his plan to retire just seconds after Mr Mole had won the Betfair Exchange Chase in 2015. #BetfairSuperSaturday pic.twitter.com/IMNqEDUhnd

When he said he’ll be retiring at the end of the season, my producer Carl Hicks said in my ear: “Keep going Rish.” I reacted like any sports fan would and really the thought in my head was “Holy s***, that’s massive”.

It really put me on the back foot and I managed to get another question out to ask what had prompted the decision.

As soon as he said it I knew immediately just how big a moment it was. It was major news and the equivalent of Tiger Woods or Roger Federer retiring in golf or tennis.

The enormity of the situation increased as time went on. To see how everybody reacted and the whole tour he had to the end of the season was incredible.

It was an extraordinary raceday to work at as from a Channel 4 point of view we had to change everything for the rest of the show. Everything we did had an AP slant on it and the rest of the team responded brilliantly. 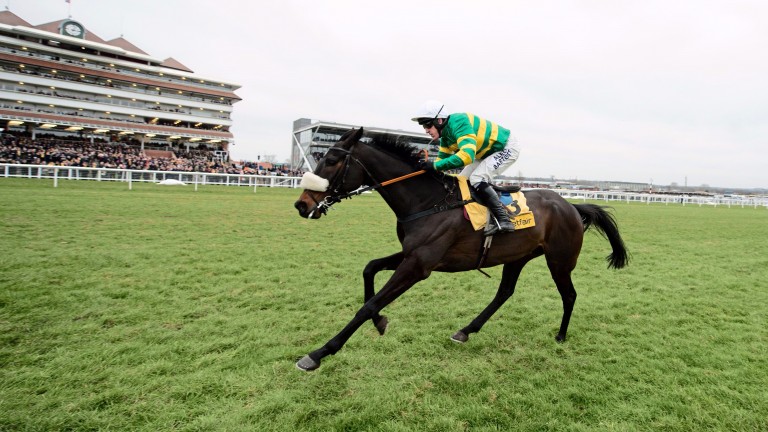 By the time AP had left the paddock to go back to the weighing room, the news had spread like wildfire around the racecourse. There was suddenly this massive buzz and a surge of energy after what he had said.

I can imagine it was like if you were a musician and jump off the stage and the crowd carry you on their shoulders. Everything else seemed almost superfluous to the day and it was rightfully all about McCoy.

At the end of the day, I remember going to see him in the weighing room and I said: “I’m not entirely sure what to say!”. We smiled, shook hands and went our separate ways.

It was one of the most memorable moments of my broadcasting career and a day I’ll never forget.

FIRST PUBLISHED 4:00PM, DEC 9 2020
By the time AP had left the paddock to go back to the weighing room, the news had spread like wildfire around the racecourse

'We'd be disappointed if she got beat' - our panel look ahead to a big week 'Maybe next year' - did Sir Gordon feel the way I do about my holy grail? Taghrooda: 'She turned towards the stands and everyone was going absolutely mad' Back to normal? We road-test the new raceday experience 'He'll never recover from that!' - the heroics of Killultagh Vic and Ruby Walsh Rooster Booster: a moment of glory wanted by all but expected by none
Bookmaker
Price
E.W. Terms
bet365
Open Account
Ladbrokes
Open Account
William Hill
Open Account
Coral
Open Account
Paddy Power
Open Account
Betfair
Open Account
Sky Bet
Open Account
Sporting
BetVictor
Boylesport
888sport