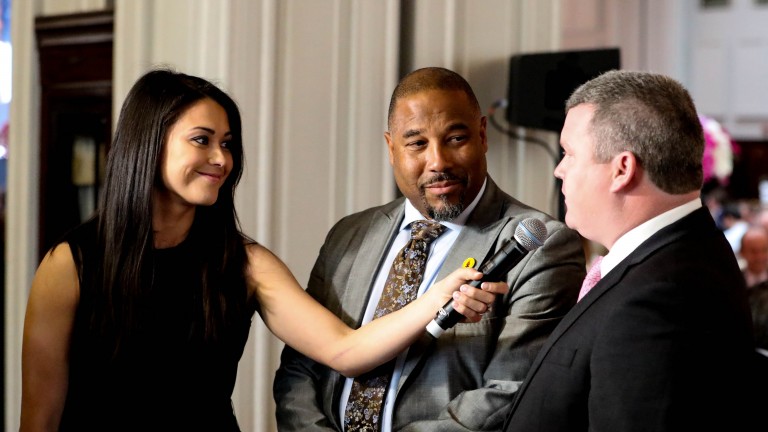 Gordon Elliott tells Sam Quek and John Barnes that he is aiming a big team at the Grand National
John Grossick (racingpost.com/photos)
1 of 1
By David Carr UPDATED 9:43PM, FEB 12 2019

Gordon Elliott threatened to write his old boss out of the record books as he revealed he could have more than a third of the field in the Randox Health Grand National on April 6.

He is no stranger to running huge teams in big races in Ireland and 12 of his horses are guaranteed a place at Aintree, featuring in the top 40 when the weights were revealed on Tuesday.

The trainer also has another four chasers in the top 70 for the £1 million race, which has usually been high enough up the handicap to get a run in recent seasons.

The modern record for runners in the National is the ten sent out in 2001 by Martin Pipe, whose former amateur rider will field as many as he can in a bid to land a third Aintree triumph.

"We're used to it going racing every day, I've got good staff working for me. It's the biggest steeplechase in the world, it's the race that everyone wants to win. We’ll try to get them all there first but I’ll run as many as I can."

Tiger Roll emulated Elliott's Silver Birch by landing the National last year but will race off a mark 9lb higher 12 months on.

"Tiger Roll has a very hard task," said the trainer. "He has a lot more weight this year but we’ll see what happens. He’s going to run in the Boyne Hurdle on Sunday and then go to Cheltenham.

"It's going to be a struggle for him. I suppose his Gold Cup this year is going to be the cross country race at Cheltenham and if he's back for the National great. Whatever happens happens, he doesn't owe us anything."

Elliott, who has 22 National entries, is happier with the weight handed to last year's Irish Grand National winner General Principle.

"He has a nice weight with 10st," he said. "He's won an Irish National, he jumps and stays. It's a race I've had in my kind for a while. He looks like he could have a good chance."

Plans for 2017 winner One For Arthur were thrown up in the air by the after-effects of the flu outbreak, as he is now not eligible for his intended prep run in Saturday's William Hill Grand National Trial at Haydock. 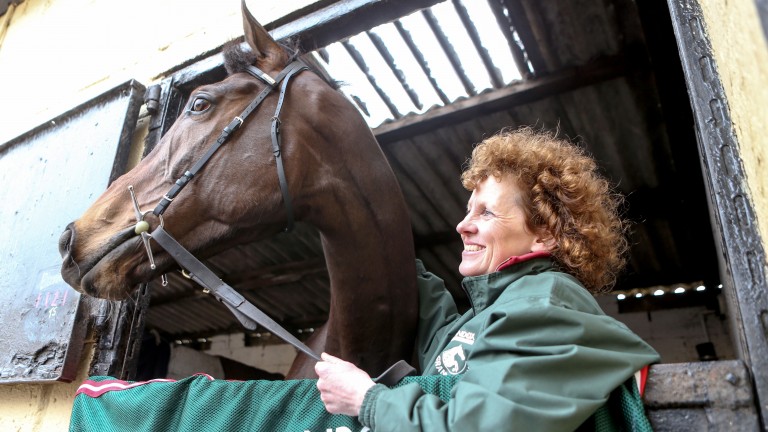 "The BHA has decided that only horses vaccinated within six months of a race can run and unfortunately he is seven months," said trainer Lucinda Russell.

"We can look at Kelso at the start of March, though there is some chat that there might be another race put on. We’ve always had in our mind that we could go to Kelso, so it’s not a disaster.

"But I felt really sick when I drove past Haydock and it was raining like anything, as we were going to get some soft or heavy ground. You can’t cry over spilt milk but it was the right trip, the right going and though he jumped left-handed there last time, we think we’ve sorted that out. He’s had physio and massage and he’s jumping straight."

One For Arthur, who missed last season through injury, is a best-priced 40-1 to repeat his 2017 victory and Russell said: "In 2017 everything went well, there were no hiccups in the lead-up; we seem to be being tested this time. But it makes you stronger!"

GET YOUR EYE IN