Not many horses win €125,000 handicap hurdles quite as easily as Off You Go at Leopardstown this month.

In winning back-to-back renewals of the ultra-competitive Ladbrokes Handicap Hurdle at the Dublin Racing Festival for trainer Charles Byrnes and JP McManus, Off You Go advertised his ability to be a force at a higher level, and connections are hopeful the six-year-old can take the jump up in grade in his stride.

Byrnes said: "On ratings, there's not a lot between three or four of them. This will tell us whether he's up to this class or not. We'd be hopeful, but, as I say, this will tell us a lot.

On future plans, the trainer added: "The Coral Cup could be an option at Cheltenham but we'll see how he goes here first. He's been in good form since Leopardstown so fingers crossed."

Will Tiger roar for Elliott?

Given his exploits over fences it’s easy to forget Tiger Roll is a Grade 1 winner over hurdles, having landed the Triumph Hurdle in 2014.

A period in the wilderness clearly did him no harm as he reinvented himself last season, when winning the Cross-Country at Cheltenham before reaching super stardom when landing the Grand National.

However, the nine-year-old is set to return to his roots here and tackle hurdles for the first time in almost three years. 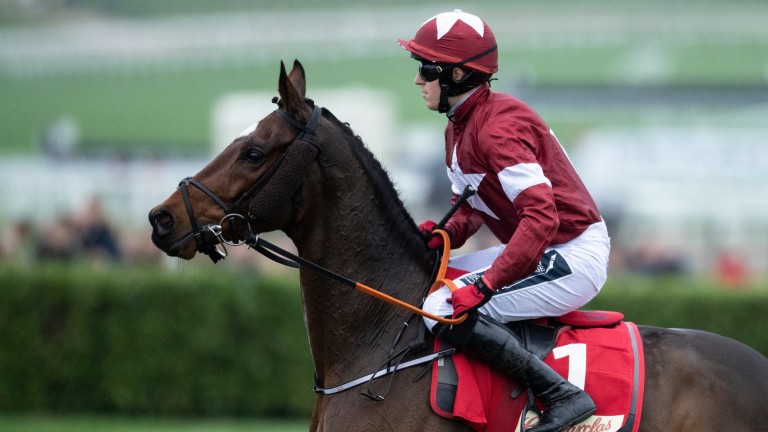 Tiger Roll: will warm up for Cheltenham's Cross-Country Chase in the Boyne Hurdle
Edward Whitaker

Trainer Gordon Elliott expects improvement from him, and Bless The Wings, ahead of another tilt at the Cross-Country at Cheltenham.

"Tiger Roll hasn't run over hurdles for a long time and we're just hoping he and Bless The Wings will run well on their way to the Cross Country at Cheltenham," the trainer said.

Cracking Smart is another interesting representative for Elliott in a race he has won for the past two years.

The Gigginstown-owned seven-year-old has had an interrupted campaign, and Elliott said: "Cracking Smart was off a long time before running at Leopardstown over Christmas and will need to show a lot more than he did that day but he seems in good form."

Is two enough for Mullins?

Willie Mullins last took this race with 2014 Gold Cup runner-up On His Own in 2013, and in Bachasson – the choice of Ruby Walsh – the champion trainer has a similar candidate.

The eight-year-old fell at the second fence in the Gold Cup last season, but comes into this contest on the back of a winning reappearance in a 2m4f hurdle at Punchestown on New Year's Eve. 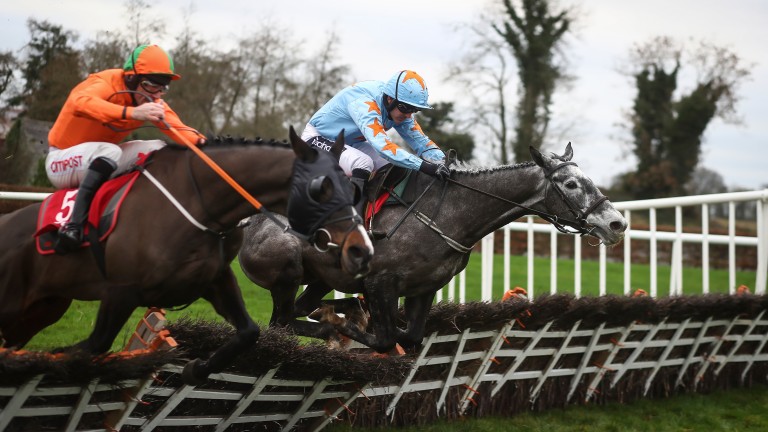 Mullins said: "We were very pleased with Bachasson’s win over hurdles at Punchestown in December. He was a smart novice a few years back when he ran up a sequence of four wins, before proving his versatility by going on to win three times over fences.

"Ruby rides him and the trip and drying ground should suit him well. We’re happy with him and he looks to have a very good chance."

On Coquin Mans, his other runner the race, Mullins added: "He was well beaten in the Galmoy Hurdle last month and is dropping back to the trip over which he won a Grade 2 at Fairyhouse last season.

"He's in good form and if he puts his best foot forward then he's quite well treated by race conditions, based on official ratings."