So you think you want to become a bookmaker? 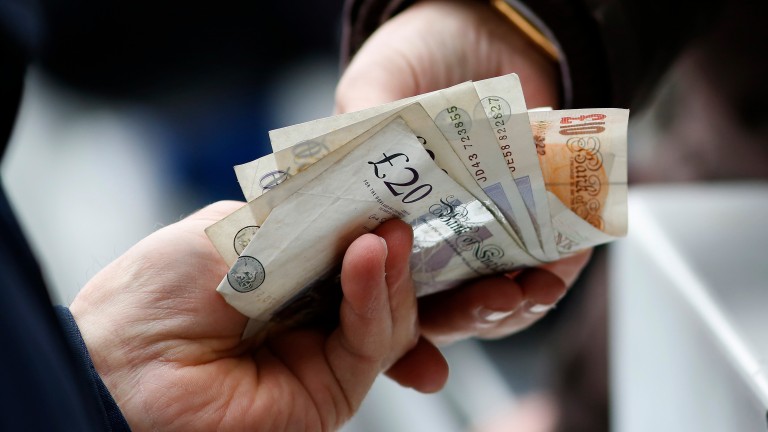 Cash is king when it comes to being a bookmaker, and the more of it you have the better
Alan Crowhurst (Getty Images)
1 of 1
By Stuart Riley UPDATED 2:58PM, JUL 5 2022

Many punters will have wondered about going over to the dark side and becoming a bookmaker. Perhaps they’ve laid the odd horse on a betting exchange and decided it’s easy money, or they just fancy playing the game with the odds in their favour.

But what does it actually take to become a bookmaker?

Anyone can do it. There’s not an exam to pass or a qualification you have to get, but one thing you do need is money. In order even to consider becoming a bookmaker you need substantial capital.

This is for several reasons:

Robin Grossmith, managing director at the Federation of Racecourse Bookmakers, says: “You don’t need to be good at maths but you need to be numerate – and there’s a big difference. If you don’t understand figures you shouldn’t even think about becoming a bookmaker.

“You need to get a licence from the Gambling Commission and then look at where you want to buy pitches, but before you spend all that money it’s essential you work for someone and get the feel of it. So many people think it’s straightforward but it’s quite a complicated business. People buy in, realise they’ve made a mistake and get out as quickly as they got in. So experience with a bookmaker is essential before taking on any of the outlays and if you’re satisfied it’s what you want to do then you can go ahead.”

Let’s look at those outlays. First up is a licence, which has the catchy name ‘non-remote general betting limited operating licence’. Simply put, this is what allows you to provide facilities for betting on tracks as an on-course bookmaker. The cost varies depending on the number of days you intend to work, with a one-off application fee of £256 if you work up to 75 days (A1), £512 for 76-199 days (B1) and £1,410 if you work 200+ days (C1).

Your first annual fee is due 30 days after your licence is issued, reduced by 25 per cent in your first year due to also paying the application fee, and at full price every year before the anniversary of the day your licence was issued. Currently those fees are at the following rates: A1 £230, B1 £537 and C1 £1,548.

There are a number of other expenses you must meet. If you want to lay bets on track you are required by the Administration of Gambling on Tracks (AGT) to hold public liability insurance and a valid Horserace Betting Levy Board certificate.

Then there are the equipment costs. Each digital board costs more than £5,000, with the battery almost £1,000, and the computer, software, printer and umbrella cost more than £1,200. All in, the AGT estimates the set-up costs are in the region of £10,000.

And that is before a day at the races. To get in the betting ring you will have to pay the racecourse for your betting badge each time you turn up, typically costing a multiple of five or six times the normal admission price but as much as eight times the standard price at big festival meetings.

John Hooper, one of the biggest on-course layers in Britain, says: “It’s the same as any business. You have your fixed costs, such as what it costs to bet, but then you have diesel or petrol, staff [and their admission], food and hotels.”

Then there is the need for tech support. Basically the costs add up fast, which is why good pitches are necessary to be able to claw it back quickly. 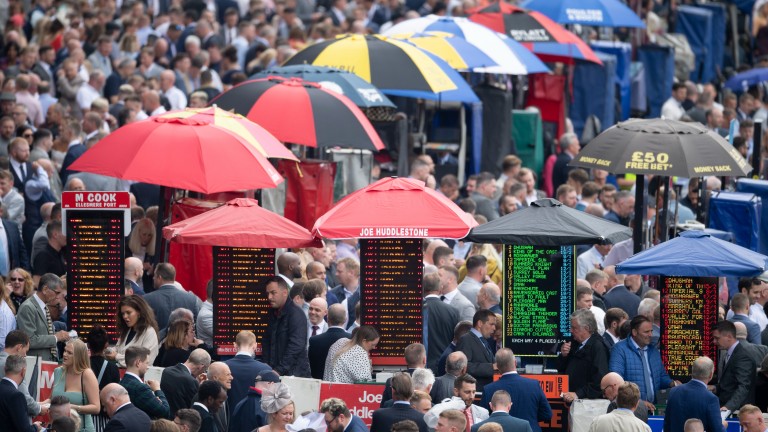 Once your licence is sorted, you’ll need some pitches. These are the single biggest expense and will make or break your aspiring venture.

The AGT lists 10,531 positions in 176 betting rings across Britain’s 60 racecourses. The top pitches do not come up for sale very often, but as a guide Joe Huddlestone paid £228,500 in 2015 for the number-one Tattersalls pitch at York.

James Lovell, who operates 90 days a year (plus 15 point-to-points) at 16 different courses (mostly rails pitches but some Tattersalls pitches), estimates the pitches he inherited from his father are worth roughly £250,000 in total.

Hooper, who stands for roughly 240 days a year and holds prime pitches at all the southern courses as well as York, Chester and Doncaster in the north and Warwick, Huntingdon, Yarmouth and Fakenham in the midlands, would rather not say how much it has all cost him. But, given he bought all 82 of William Hill’s pitches when they left the ring in 2018 and all 85 of Ladbrokes and Coral’s UK pitches when GVC sold them in 2020, it wouldn’t be unreasonable to assume the valuation runs well into seven figures.

A bookmaker does not have to operate to that scale, and some pitches can be picked up for much lower prices, but as Grosssmith says: “Cheap pitches can be very expensive.”

This is because the expenses are the same whether you’re low down or up top, and on-course layer Joe O'Gorman says: “You can't go to Cheltenham in pitch number 60 and pay the same expenses as pitch number one and expect to win – it’s impossible.” 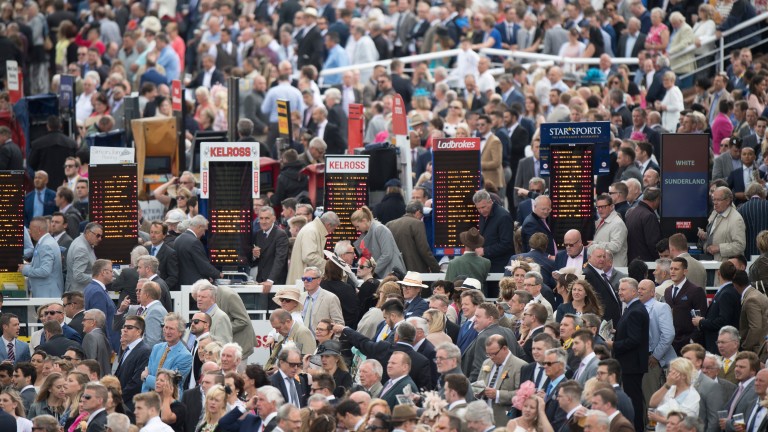 The concept of starting small and building up is difficult when there is such a premium on location. As Hooper says: “It’s a question of turnover and how you operate really.”

Good pitches are key. Good pitches cost money. And we come back to that initial point: you can’t have too much money to set up but you can certainly not have enough. You can run pitch 60 considerably better than the bookmaker operating pitch one and yet only hope to make a fraction of the money.

If all of that sounds too much like hard work and you see yourself more as the next Denise Coates operating an online operation, be warned: it isn’t any easier.

Lovell, who trades under his father’s name John Lovell, has just gone through that exact process by setting up DragonBet with his brother.

“It’s been a huge learning curve,” he says. “There are effectively three different ways of doing it: you can go white label, turnkey or build your own platform. They have hugely different costs and hugely different operational aspects.”

Lovell has opted for the white label route, which then becomes more about marketing to differentiate and your appetite for risk. He explains: “White label is the route we’re going down and essentially you’re a skin on someone else’s platform and a lot of the processes are offset. Your compliance, trading, money laundering, customer service etc is all offset. You can buy the different blocks. White label is the most expensive but it’s the easiest off-the-shelf option.

“You can still come up with your own trading strategy and it depends on your risk appetite, but there’s software and a team behind you, so you’re not running your own race as much. You can individualise it per market or per match, you can have no intervention or complete intervention, as much autonomy as you want.”

If you choose not to go down the white label route you have to be completely in control of your own compliance, money laundering, payments, product, marketing, affiliates, customer relationship management and customer service.

“If you don’t go white label you’ve got a lot of admin to do and you’re less of a bookmaker, it’s more about compliance than anything else,” Lovell says. “And you have two options. You can go full turnkey, where you buy your own licence and buy the odds and data off a platform, or you can build your own platform.”

As with on-course bookmaking there are different bands of licence, based on gross gambling yield, and any number of different platforms you can buy onto, ranging from the cheap, which will set you back roughly £5,000 a month but doesn’t necessarily come with everything you need to operate in the British market, to the high end, which can come in at around £70,000 before you even take a bet.

It’s a bit like on the racecourse, you get what you pay for.

Three 500-calorie meals and a 200-calorie snack, but what does a jockey eat?

The prizefighters: which racehorses have earned the most money?

Racing's most expensive flops, including a $10m buy who was 'no bloody good'

FIRST PUBLISHED 7:00AM, JUL 3 2022
You don't need to be good at maths but you need to be numerate – and there's a big difference