Lope De Vega will remain at €125,000 alongside Make Believe and Waldgeist 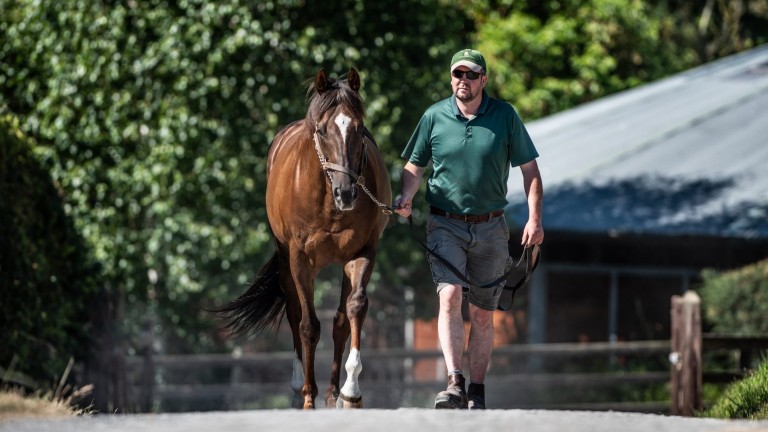 The high-rising New Bay has seen his fee upped to €37,500 for 2022 after siring his first Group 1 winner, Saffron Beach, among a string of top results.

The son of Dubawi has been propelled from a fee of €20,000 due to four new black-type winners this term, headed by Sun Chariot Stakes heroine and 1,000 Guineas runner-up Saffron Beach.

The news came as Ballylinch Stud announced their fees and roster for 2022 on Friday.

New Bay is also responsible for Champagne Stakes scorer Bayside Boy, who was also third in the Dewhurst and Vertem Futurity Stakes, as well as the promising James Seymour Stakes winner Bay Bridge.

Stud managing director John O’Connor said: “New Bay has made the breakthrough to the top level with his first crop of runners, and he is set to cover an outstanding book of mares in 2022 with the support of most of Europe’s top breeders.

"The exceptional statistics for his runners have led to him becoming one of the most in-demand young stallions in Europe. New Bay’s sale season reflected his results on track; his yearlings averaged €82,500 and made up to €320,000.”

O'Connor added of the son of Shamardal: "Lope De Vega confirmed that he is one of the world’s elite sires, with an exceptional 48
black-type horses in 2021 alone. He has achieved success at the highest level on four different continents and is one of those rare sires who can truly be called a global success.

"Ever popular at the sales, Lope De Vega was the leading sire at Tattersalls Book 1 by aggregate and his yearlings averaged over €220,000.” 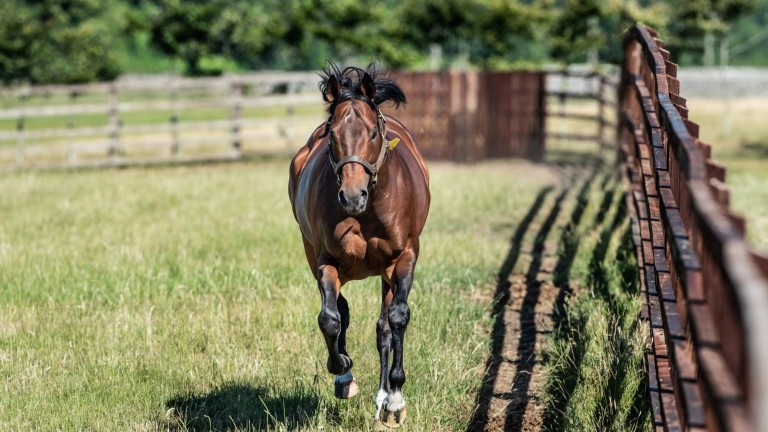 Make Believe has been represented globally by Mishriff, the winner of the Saudi Cup, Sheema Classic and Juddmonte International, and has had his fee raised to €17,500 from €15,000 this year.

The son of Makfi has sired six black-type winners to date and was arguably unlucky not to add a second top-flight scorer to his name when Believe In Love was pipped in the Prix de Royallieu. His other Group winner this year was Prix Chloe scorer Noticeable Grace, who beat subsequent Prix de l'Opera winner Rougir at Chantilly.

O'Connor continued: “Make Believe has made an outstanding start to his stallion career by siring the exceptionally talented and versatile Mishriff in his first crop. Mishriff was ably backed up by Group winners Noticeable Grace, Believe In Love, Ocean Fantasy and Rose Of Kildare.

"His much stronger crops to come will see him establish himself as one of Europe’s leading sires for the future. Breeders were again rewarded in the sales ring as his yearlings averaged over three times his stud fee.”

The roster is completed by the multiple Group 1-winning Prix de l'Arc de Triomphe hero Waldgeist, who will stand for a reduced fee of €15,000. The son of Galileo welcomed his first foals this term.

“The best son of the much-lamented Galileo since the outstanding Frankel, he has been given a great chance to succeed in his stallion career," said O'Connor.

"Waldgeist was a high-class two-year-old who went on to win
a vintage Prix de l’Arc de Triomphe, and his first foals in the hands of top breeders are giving every indication that he could be just as successful at stud as on the racecourse.

"He has captured the imagination of breeders across Europe, and we expect to see him strongly supported again in 2022.”

FIRST PUBLISHED 10:51AM, DEC 7 2021
He is set to cover an outstanding book of mares in 2022 with the support of most of Europe’s top breeders