Ajax could clean up against injury-hit Dortmund 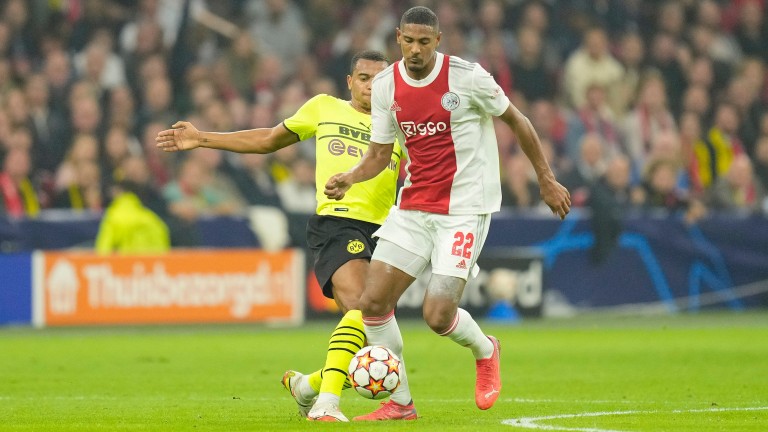 Manuel Akanji of Borussia Dortmund and Sebastian Haller of Ajax battle for the ball
DeFodi Images
1 of 1
By Joe Casey UPDATED 4:21PM, NOV 2 2021

There are few teams in Europe who have been as impressive as Ajax this season, scoring 48 goals and conceded just three in 14 games in all competitions.

Their 4-0 win over Dortmund two weeks ago was probably the highlight of their campaign, but they have also put five past PSV Eindhoven and Sporting this term.

Dortmund will be out for revenge back on home soil but they have a mounting injury list to contend with.

Talisman Erling Haaland picked up a hip injury on their forgettable trip to Amsterdam and is expected to miss a number of weeks, joining an already crowded Dortmund treatment room.

Ajax are top of the section having taken maximum points from their opening three games and can guarantee progress to the knockout stages with victory. And given Dortmund's injury woes and their own imperious form, they look a value selection to do just that.

PSG needed two moments of magic from Lionel Messi to overcome Leipzig in the French capital on matchday three but the Parisians will have to make do without the Argentinian in the return fixture after he limped off during Friday’s 2-1 win over Lille.

Although even in his absence PSG should still have too much for their German counterparts, who have lost all three Champions League games and are eighth in the Bundesliga.

Jesse Marsch’s side dropped more points on Saturday thanks to a last-minute Eintracht Frankfurt equaliser and are difficult to trust at present.

Both of these sides underwent drastic changes in the summer but Leipzig are certainly feeling the effects of those more than their visitors.

Mauricio Pochettino is still working out how best to utilise his glittering array of start, but even without Messi, the raw materials at his disposal makes PSG hard to oppose on Wednesday.

Few people expected Moldovan minnows Sheriff to even gain a point in this year's Champions League let alone be top of a group containing European giants Inter and Real Madrid at the halfway stage.

The underdogs couldn’t make it three wins from three at the San Siro last time out but they did put up a fight, eventually going down 3-1.

Two of Inter’s goals came from set-pieces and the Italian champions are likely to look to exploit their aerial advantage again in Moldova.

At 35 years old Edin Dzeko is not quite at the peak of his powers these days, but it is testament to his ability that he is still having an impact at the top level.

The Bosnian scored the opener against Sheriff on matchday three and has notched seven goals in eight starts in Serie A this season.

Given his aerial prowess, Dzeko looks a decent odds-against proposition to get on the scoresheet once again.

Besiktas's hopes of remaining in the Champions League hang by a thread after losing their first three games in Group C, including 4-1 to Sporting last time out.

Indeed, the Turks have lost six and won just three of their last ten games in all competitions and to make matters worse they look likely to be without Miralem Pjanic and Michy Batshuayi for Wednesday's trip to Lisbon.

That's good news for Sporting, who probably need to do the double over Besiktas if they are to have any chance of progression given they lost their first two group contests.

Aside from a 5-1 thumping at the hands of highflying Ajax, Sporting have conceded just six goals in their other 12 games this season.

Six of the hosts' nine wins this season have come to nil and, with Beskitas's injury woes in forward positions, that looks the best bet again.

Milan’s strong start to their Serie A campaign has not translated onto the European stage and the Rossoneri are on the brink of crashing out of the Champions League.

Their 1-0 loss at Porto last time was their third successive defeat in Group B and the Portuguese side were good value for that win, winning the shot count 20-4.

Porto’s run to the quarter-finals of this competition last season was built on defensive solidity and they have kept clean sheets against both Atletico Madrid and Milan so far.

If they are to progress to the last 16 they will likely need a positive result from this game with trips to Anfield and the visit of Atletico Madrid on the horizon.

Milan are backing up quickly after Sunday’s win over Roma and with a vital city derby against Inter to come on Sunday, Stefano Pioli’s visitors may be worth taking on.

Shakhtar pulled off one of the shocks of last season's Champions League when they won 3-2 against Real Madrid at the Bernabeu.

However, the Miners had no such luck when they met for the first time in this season's competition on matchday three as Real blew away the Ukrainians 5-0.

With Madrid such short-priced favourites to follow up that success, it may be worth expecting goals in the Spanish capital.

New Shakhtar manager Roberto de Zerbi is an up-and-coming coach on the continental stage but he has got his team playing some dynamic football in their home league.

However, they have predictably found the Champions League more difficult and have taken just a single point from their three games.

Four or more goals have been scored in three of Shakhtar's last five games in all competitions and Real have defensive issues of their own, conceding 12 in 11 games in La Liga. 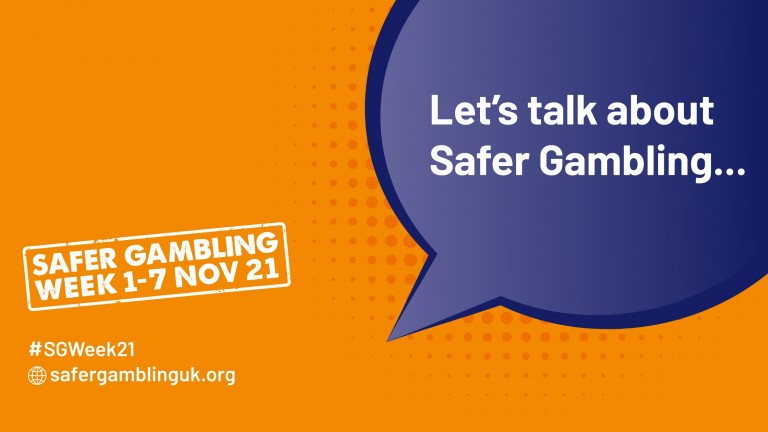