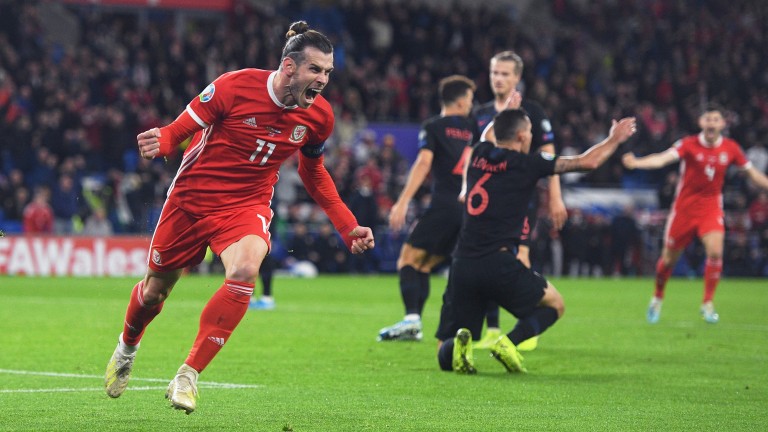 Welsh football chiefs have put their faith in Rob Page to lead their team into the Euros, though with no disrespect to the former Port Vale and Northampton boss, Wales' fans are putting their faith in one man and one man only, and that's Gareth Bale.

Page has barely put a foot wrong since inheriting the coaching job on a caretaker basis from Ryan Giggs last autumn.

He has overseen six internationals, losing only one of those, and that was away in Belgium. He has secured promotion to Nations League A and masterminded a critical 1-0 win over the Czech Republic in the race to bank second spot behind the mighty Belgians in World Cup qualifying.

No, the stewardship of the side is not the issue. The issue, as ever, is hoping that Gareth Bale stays fit because on the 31-year-old's shoulders rests all hope of Wales making a mark at these finals.

Bale was outstanding at Euro 2016, scoring in each of the three group games en route to the semi-finals. The four-time Champions League winner dwarfs everyone else in the camp in terms of stature and is to the Welsh what Diego Maradona was to Argentina, single-handedly elevating a nation by inspiring everyone around him.

Page builds a team around Bale, it's as simple as that, and the Real Madrid man is in decent goalscoring nick with six goals in six starts on loan at Spurs to sign off what was threatening to be a disappointing season. A three-quarters line of Bale, Aaron Ramsey and Manchester United's Danny James is the strongest area of the side.

A 4-2-3-1 set-up enables Page to utilise that trio to their best though the boss has also fielded three at the back and boasts Premier League-calibre defenders such as the Spurs duo of Joe Rodon and Ben Davies.

The Welsh are stronger now than for years but Page will still be summoning a selection of players from the lower leagues, all of whom will be looking to Bale rather than the dug-out for the required magic.

Manager - Rob Page: Boss by default with Ryan Giggs on gardening leave and with precious little pedigree. He had two-and-a-half fruitless years with Port Vale and Northampton before joining the Wales coaching staff. He's passionate, forceful and likes his football played the same way, with full-backs who bomb forward, width and pace.

Prospects: The money's on a three-team scrap for second but Wales will only be involved in that if key figures – notably Bale and Ramsey – stay fit. Management are guarding against too much expectation, though in all honesty there shouldn't be a great deal.

Owain Tuder Jones - former Welsh international
We've got some senior players coming into the tournament with injuries and I'm not sure whether it's a blessing that they will be fresh or whether the tournament comes too soon for them to get games but I do know the young lads in the squad are fearless.

It's a tough group to get out of, but that has to be the first aim.

FIRST PUBLISHED 2:56PM, JUN 10 2021
The Welsh are stronger now than for years but Page will still be summoning a selection of players from the lower leagues