Mauricio Pochettino deserves to be given time at Spurs 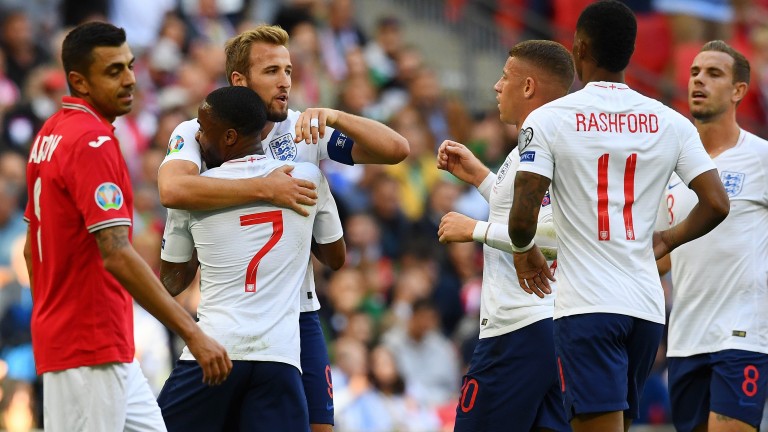 With the semi-finals and final being held at Wembley, England are not going to get a better chance of winning the European Championship than next year.

Gareth Southgate has done a good job and he has not been scared to bring players through. Against the Netherlands and Switzerland, they didn't really perform and they didn't play like England have been in the last 18 months.

But they have been generally playing well and I would be surprised if England don't at least reach the last four at Euro 2020.

In qualifying it can be difficult going to hostile atmospheres across Europe, but they hammered Czech Republic at home and football-wise I haven't seen a team in their group who are even 50 or 60 per cent as good as England are.

They have a lot of attacking and creative quality, and for players who have been performing well in the Premier League such as Mason Mount it's all about consistency when it comes to taking it to the next level.

The part that let England down for many years was creativity but now the issue is that a classy operator such as Phil Foden can't get into the squad because of a lack of game time.

We have always had power and physicality but now we have four or five players capable of unlocking the door. These players get on the ball and make things happen.

The players who have been dropped need to think about having a Plan B. When young players come on to the scene, they get all the headlines and are talked about as though they have been doing it for 400 games.

They can have unbelievable seasons but then go off the boil. Players can get lazy and believe the hype.

Alex Oxlade-Chamberlain has had a bad injury. He's a good all-round footballer who acts as an engine for the team and scores goals. I think there's plenty more to come from him for England if he stays away from injury.

Dele Alli has wonderful ability but I just think he has been worked out by opposing coaches. The same goes for Jesse Lingard. It's time for him to look at his game and work at it on the training ground - it can take as little as 20 minutes per day - and develop a new approach.

Kyle Walker's exclusion is a strange one - he's a great athlete. But I think Southgate has thought that England are expected to dominate all the matches in this group and the players are not going to need to defend as much. It's like a top Premier League team playing a side from League One.

He will be looking at who can deliver more going forwards in these kind of matches. Trent Alexander-Arnold is one of the best crossers of the ball and Kieran Trippier has that in his locker too.

But Walker is the best defender out of the three and I will be surprised if he isn't included in the final Euro 2020 squad.

At the other end, Marcus Rashford has not done as well as I expected at Manchester United, who are having a woeful season.

Tammy Abraham is hitting the back of the net for Chelsea and that's what he is going to be judged on if he gets the chance for England.

But Callum Wilson hasn't done a lot wrong and is probably second behind Harry Kane in the pecking order.

In terms of out-and-out strikers, Kane is number one by a long way. It would take something significant like an injury to change that. If he gets a knock, I think Wilson gets the nod followed by Abraham.

Tottenham must iron out issues on the pitch

Tottenham have the best training ground in the country and probably the best stadium in the world, it's certainly the best I've ever been to. Everything is geared towards success. But success is determined on the pitch.

There are key players who will soon be out of contract. You don't see that with Liverpool or Manchester City. Big clubs nail down long-term deals for their best players.

Looking at the back four, Serge Aurier wanted to leave but they kept him and got rid of Kieran Trippier, who didn't want to leave. Toby Alderweireld is out of contract, Jan Vertonghen wants a new deal and defence is a weakness for Spurs. It doesn't help that they play very high.

Alli was poor last season and Lucas Moura is a hit-and-miss player. Christian Eriksen is running down his contract and should never have been allowed to get in that position.

The Champions League and new stadium should have been a stepping stone but Spurs have lost confidence and shape - the system which was working before isn't now. Playing against them at the moment is very easy.

For what Mauricio Pochettino has done at the club, he has to be given time. The club must sit him down and ask him what he needs.

If it means signing five players then that's what it takes.

If it means playing on the counter-attack against big teams then so be it. They can't keep playing so high or they'll be carved apart.

Tottenham need to finish in the top four - it's as simple as that.

It was a good time for Newcastle to play Manchester United. They needed a result after what happened at Leicester.

I don't think anyone ever thought Steve Bruce would come in and be competing for trophies and the European places.

Against United he went back to playing how Rafael Benitez had them operating.

They will be in the bottom half come the end of the season. Rafa was idolised there but if Bruce keeps them up then he has done what Rafa did and if avoiding relegation is their aim, he will have done what is expected.

Deep down does Mike Ashley really want to sell? I can't believe there haven't been people interested in buying. As long as they're in the Premier League, he will be making profit.

It would have been an amazing feeling for Matty Longstaff to score against United at the Gallowgate End on his debut. Even though they're not the greatest team at the moment, he would have gone to bed the night before thinking we're playing Man United tomorrow and this is my chance.

It's the kind of thing you dream about and it happened. It's all about keeping his feet on the floor now and hopefully there'll be more great performances to come.

The next day he must have been thinking about going to the shop and buying all the papers.

He and his brother Sean have got the attitude and desire. You can see that in the way they play. They are very grounded and could have great futures.

Sean Longstaff has been linked to United for £50 million and I'm sure Newcastle will be thinking he has only played one full season and that's a huge fee.

It's the second year when you are judged and he has not hit the ground running this term because of injury, so I would not be surprised if Newcastle considered an offer of that size.