Guarded media reaction has been a huge disappointment 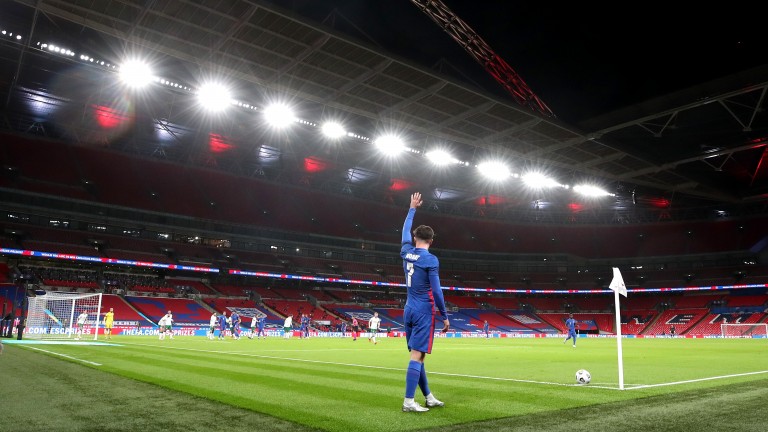 It has been disappointing but not surprising that the British media has largely reacted to the creation of two credible Covid vaccines in such a downbeat way.

This is why: back in the pre-digital day, Britain’s news output consisted of a couple of bulletins on BBC and ITV every day, a brief hourly round-up on the wireless and around ten newspapers, with limited space, running only the biggest and most interesting stories.

Now we have 24-hour news channels on TV and radio and the newspapers’ websites are competing with online providers for attention. Capacity is suddenly vast and there is a need to find things with which to fill the void.

There is also a commercial objective and for most sites that means getting as many people as possible to click on stories so they can maximise advertisement revenue.

Where the pandemic is concerned, the best way to do that is to accentuate people’s sense of anxiety so they keep on clicking.

That has been the recipe that has seen traffic numbers surge since March, but it has left most news providers unable and/or unwilling to see when there are some genuinely good tidings to serve up to their audience.

When Pfizer and then, a week later, Moderna announced they had developed a vaccine with prevention rates of more than 90 per cent there should have been a cascade of stories spelling out why this was such a wonderful breakthrough, an explosion of hope after so many months of misery.

But the coverage was mostly guarded and in some cases it felt like journalists were going out of their way to find reasons to dampen what was enormously good news.

The City knows, however, that the game has changed for the better. Share prices soared after both announcements, and while the media may not be prepared to look forward with optimism, there is undoubtedly light at the end of this horrendously dark tunnel.

Clearly, there is a vast operational challenge to manufacture, distribute and administer the vaccine, but there is every chance more companies will develop and produce vaccines, so unless things go disastrously wrong we are entitled to believe the recovery from this nightmare is going to begin within weeks.

Paradoxically, though, the vaccine breakthroughs could prolong the problems many businesses and industries are experiencing, and that includes sport.

While the current English lockdown is due to end on December 2 and elsewhere in Britain and Ireland restrictions will continue to be assessed and hopefully eased, the comfort provided by the emergence of such a seemingly effective inoculation might well lead political leaders to adopt an extremely cautious approach until the virus has been brought under control.

They all know serious inquests are on the horizon and with the confidence that better days lie ahead, the economy versus deaths dilemma will surely lean towards keeping as many people alive as possible until the vaccine starts to work.

That is bound to take months so we may have to wait longer than hoped to return to the grandstands, which will put further strain on racecourses, football clubs and other sporting organisations.

But return we will, and when we get to remember what the freedom to live as we did feels like it will be truly special.

We must all have our own list of things we most want to do again, and mine is getting longer by the week.

More than anything I want to do a Parkrun, that wonderful Saturday morning ritual that gets me off my arse and out into the fresh air to huff and puff for five kilometres.

I am already at liberty to run the courses any time I choose, but I want to do it like I used to. I want to see old friends, meet new people, swap views on how muddy it is out there, make weak jokes about how two bottles of wine on a Friday night do not help with personal bests and then find out by text a couple of hours after I have got my breath back what my time was.

I want to walk down the steps of the Arthur Wait, the worst stand in the Premier League but I love it all the same, to take my seat after a couple of pints, say hello to the gang in Block Y, and watch Wilf, just a few yards in front of me, twist and torment right-backs.

I want to feel the power and passion of the crowd when we score, to get home buzzing after a win, and wait for Match Of The Day.

And I want to be there when horses make history instead of watching it on TV. I want to smell them, watch them stride past me in the paddock, feel part of the action.

I want to get the train to rural midweek meetings, inhale the fresh air, nod at familiar faces, have a few cash bets and a few beers.

I want to tick off new tracks because time is passing. Hexham, Perth, Ffos Las, some of the Irish courses.

There are also new pastures to explore. I have never stood on northern terraces to watch 26 unpadded madmen tearing into each other on a rugby league paddock or experienced the hushed tension of the Crucible.

And when I’m not there and I’m watching from the sofa I want to see and hear the supporters, their joy and despair, smiles and sighs.

All this will take a while, but the cavalry has arrived and now, after too many dark days, we can look forward with genuine hope. Maybe someone could let the mainstream media know.

For ten years this was my view of Dustin Johnson: big, gangly bloke; amazingly talented golfer; prone to the odd shocker but generally a solid closer of tournaments; not a massive fan of the limelight.

What else? Lives with or is married to Wayne Gretzky’s daughter; ambles along the fairways with his caddy/brother Austin in tow, spitting unpleasantly every so often; had one or two issues with drugs back in the day but seems a happy guy and hard to dislike.

So when he finally got to poke his arms through the sleeves of a green jacket after taking Augusta apart on Sunday, I was pleased enough for him but did not expect his victory interview to comprise anything more substantial than a few mild expressions of happiness, after which I assumed he would go home and get a few beers down him.

Instead, he got me welling up. He was so emotional he could barely speak. He managed to say winning the Masters was a childhood dream and that he would pretend every putt when he was growing up not far from the course would be for the tournament.

But that was all he could get out because he was so choked by what he had achieved. It was so lovely.

Johnson takes his time on the greens, as he and Austin share the task of assessing where he needs to hit it in order to get it in the hole, but he is commendably quick in the rest of his play, as he once explained.

“Only two things can happen. I hit a good shot or a bad one, so what’s the point of taking so long to find out?” he said, a lesson to many of his fellow pros who think if they stand there waggling the club about and glancing repeatedly up towards the green it will help them hit a better shot.

Exhibit A: Bryson DeChambeau, the pseudo genius who I foolishly and embarrassingly fell for in the run-up to the Masters, only to see him blow his chances by turning into Happy Gilmore and wildly thrashing his drives into remote areas of the course that had never before received a tee shot.

There will be times when he manages to keep it straight enough to add to his seven PGA Tour wins, but with only five months between now and the 2021 Masters I will not be rushing to back him to recoup losses.