The kids are all right Ronnie, you're just too good

Why O'Sullivan's popularity is still sky-high 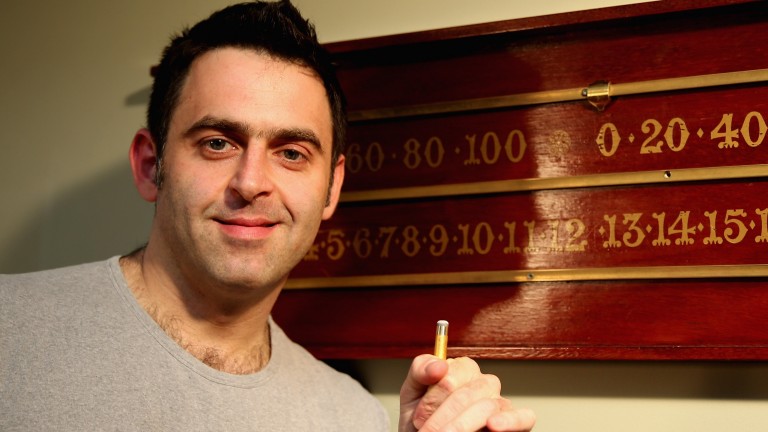 If Noel and Liam had a brother who excelled at sport it would have been O’Sullivan, the smart, smouldering, moody, funny genius who has brought colour and controversy to snooker for a quarter of a century.

In a world in which top sporting performers have been hard-wired to offer nothing remotely interesting to the media, O’Sullivan tells it as it is rather than stop to think what his PR advisor would want him to say, which makes for interviews that are occasionally awkward to watch but are generally miles more fascinating than the average chat to a journalist.

He was at his enthralling best on Sunday when asked whether he would have believed back in the days when Britpop fever was at its peak that he and Mark Williams would still be contesting World Championship quarter-finals in 2020.

He replied that it is only because the young players now are so poor that the likes of him, Williams and John Higgins are still able to feature at the business end of major tournaments.

It was said with a smile and he might even have infused his comments with a sense of self-deprecation, but if he was trying to make a salient point about the quality of the next generation of snooker stars I am not sure how valid it is because for me snooker has always been an old man’s sport and today is no different to any time since I first started watching it through the medium of Pot Black in the mid-1970s.

In those days, we tuned in to BBC2 to see Alan Weeks present a one-frame shootout between two distinctly middle-aged men clad in the kind of grotesque formal attire you only saw elsewhere on TV being worn by stand-up comedians telling “jokes” about the mother-in-law and the new family three doors along who were, you know, not from round here.

Whether it was Ray Reardon v Doug Mountjoy or Eddie Charlton v Graham Miles, at no point did it feel like any of the players had the remotest dash of youth about them, and even when a genuinely young person did break into the top tier, Steve Davis had all the pizzazz of a bowl of cabbage.

Of course, there was one exception in Alex Higgins, but his time came and went tragically quickly.

During the 1990s there was a distinct changing of the guard as Stephen Hendry, Higgins and Williams burst on to the scene, but this century the average age of the leading players has crept back up as the class of the 1990s remained so powerful.

And that’s fine. Snooker is not an athletically demanding game so it is nice to see more mature sportsmen thrive on the baize because everyone admires lengthy careers, not least O’Sullivan’s, which is a thrilling mix of durability and sheer brilliance.

A Ronnie 147, amassed in the kind of time it takes others to chalk their cue, is one of the finest sights in all of sport, and the reason he remains so prominent in the rankings is because he retains his quality and panache rather than due to new players coming through to displace his waning talents.

It has been a shame crowds were abruptly prevented from enjoying the action at the ongoing Betfred World Championship, but if there is one small consolation it is that the person responsible for pressing the canned applause button seems to have realised plants are the easiest shot in snooker and therefore do not warrant a burst of rapturous clapping.

But far outweighing that little ray of joy is the sad reality that snooker fans have lost one precious chance to enjoy the mastery of Ronnie O’Sullivan in the flesh.

Julie Harrington deserves the best wishes of everyone who cares about racing’s prosperity when she succeeds Nick Rust as the chief executive of the British Horseracing Authority in January.

Quite what state the sport will be in by then is anybody’s guess but huge funding challenges seem inevitable. Covid and the economic consequences of the government’s reaction to it, the early effects of Brexit and the continuing desire by many to clamp down on the betting industry will leave her in no doubt that, to borrow a metaphor from her current role as chief of British Cycling, she will hit the foot of a mountain the moment she sits in the saddle and the gradient will not relent for a long time.

Harrington beat off some excellent internal candidates and if they stay within the organisation she will inherit a strong team. But this job is no picnic even when there is not a pandemic to contend with, and it is vital she is given time to settle in and make her mark.

My one piece of advice to her would be to avoid Twitter at all costs. The ratio of nice, interesting users to vile hate-mongers has sadly deteriorated in recent years and she is better off operating in the real world, where people can sometimes express themselves with a degree of civility, rather than the hideously toxic world of the social media platform.

Even if she avoids Twitter, of course, she will still encounter plenty of criticism because racing has its fair share of people whose sense of entitlement is such that they expect the industry to provide them with a good living regardless of their competence.

This has led to the BHA becoming the sport’s punchbag for anything that goes wrong, a magnet for negative comment regardless of whether it is remotely justified.

The regulator has not been perfect under Rust’s leadership, but it has generally performed to a commendably high standard, and, while it should of course continue to come under scrutiny, it would be beneficial to every corner of the racing industry if people stopped for a moment before instinctively throwing mud in the direction of 75 High Holborn rather than continuing the culture of bashing the BHA for every single thing that goes wrong.

To that end it might be wise for Harrington to spell out exactly what the BHA is and is not responsible for, so some of racing’s needier professionals and participants know where exactly to aim their objections and dissatisfactions, or even to try to understand that sometimes nobody else is to blame.

Two recent conversations jogged a thought I have had on and off down the years: just how long will it be before decimal odds rather than fractional ones are displayed as standard?

First, a betting industry worker friend expressed exasperation that all products and innovations have to be created to accommodate both ways of displaying prices, and then a 25-year-old punter, one of the new breed who saw Ray Winstone, downloaded the app and has never read this newspaper or entered a betting shop in his life, asked with a sense of mild incredulity why ITV’s betting shows refer to “weird things like 13-8”.

Ten years ago I probably would have predicted that by 2020 we would be talking about 2.75 rather than 7-4, but here we are no nearer to taking the plunge.

Obviously, online punters can choose how to see their prices shown, but in the media and betting shops fractions still rule supreme and a little Twitter poll I did this week shows just why nobody, including this organ, has made the change.

Of 1,911 respondents, 55 per cent said they would hate odds to be shown decimal, a third said they had no problem at all with 2.1 rather than 11-10 and around a tenth were not really sure.

The risk of flipping to a decimal-first approach is, of course, that many traditional racing fans and punters would be confused, particularly, one suspects, in shops, where the customer base is pretty senior.

Against that, it could be argued that the new generation of punter regards decimal odds as their first language so continuing with 100-30 and the like threatens to act a deterrent.

It would be interesting to see what would happen if decimal odds were forced on a sample of punters. They are, after all, easier to understand in terms of how much you get back depending on your stake once you get used to them.