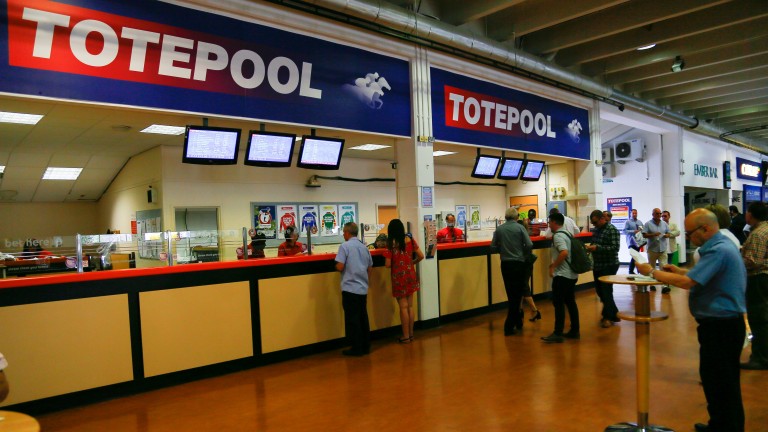 15-2 shot Soar Above flew home in the last leg to claim victory for the 24.57 units that were left in the competition.

The Tote jackpot pool had rolled over for nine days straight and began the day with a total of £220,000 up for grabs before punters steamed in ahead of the 4pm deadline.

A final pool size of £740,573.25, the biggest since August 2018, was up for grabs, but Andrea Atzeni left 80 per cent of units in tatters after the opening race when he got up late aboard 7-2 shot Mutahamisa to pip 6-4 favourite Touchwood.

A further 82 per cent of units fell by the wayside after leg two when Bill Peyto, ridden by Jamie Spencer and trained by David Simcock, took the 7f novice stakes, although many would have been glad to see 22-1 chance Wake Up Harry pipped by a neck at the line.

Beating All for Hollie Doyle and Sir Michael Stoute made a winning debut at odds of 11-4 to keep plenty in with a shout before King Of Tsavo ran out the most convincing winner of the day in leg four.

With two races to go, the most well-backed horse of the day, Fantasy Believer, disappointed his many backers as 100-30 shot Mostawaa took the honours under James Doyle.

That meant 379.99 units remained for the sixth and final leg – the 7f handicap – with 26 per cent relying on 2-1 favourite Tipperary Jack, which would have brought a minimum dividend of more than £7,500.

However, it was Soar Above, ridden by 7lb claimer Laura Pearson and trained by John Butler, who secured the big payout for each lucky winner.

Susannah Gill, Tote Communications and Corporate Affairs Director, said: "It's fantastic to have had such a big jackpot on a midweek meeting, the biggest one for two years and what a fantastic payout with £30,141.30 to a £1 stake.

"It reiterates with the Tote that you can bet small and win big. We'll continue to make the most of these opportunities when there are big rollovers for customers to bet into."

'That was a big surprise': Dartnall in shock as Admiral's Secret sails in

Richard Hannon hit with £10,000 fine for arsenic positive in seaweed feed One trainer, one jockey, one horse and one race to watch on Thursday Big-spending owner to move all horses from Britain to Ireland Confirmed runners and riders for day two of Newmarket's July festival 'The racing industry gave up' - South Australia calls it quits on jump racing The races, the horses and everything else you need to know for the July festival