Waldgeist enters reckoning for horse of the year honours 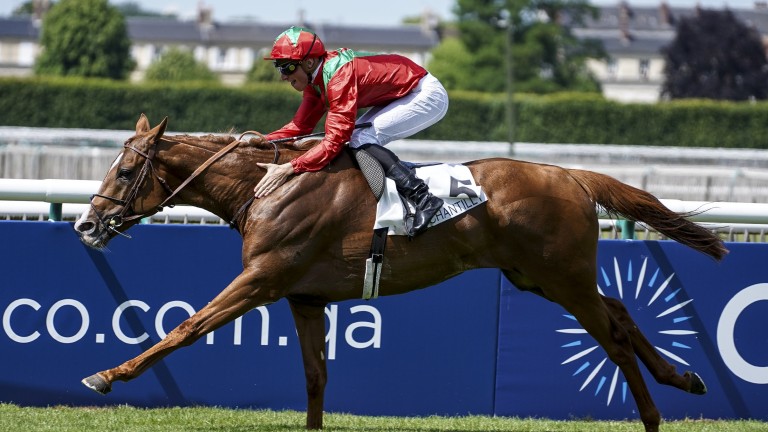 Waldgeist: has won three of his four races this year
Alan Crowhurst
1 of 1
By Richard Birch UPDATED 8:00AM, JUL 4 2018

Waldgeist put himself firmly in contention for both the Cartier Horse of the Year and Older Horse awards when landing the second Group 1 of his career in the Grand Prix de Saint-Cloud on Sunday.

The Andre Fabre-trained four-year-old, who beat Coronet by a nose in the Saint-Cloud feature, showing a potent mixture of class and tenacity, has won three of his four starts this year and looks a likely contender for races such as Ascot’s King George VI & Queen Elizabeth Stakes this month and the Qatar Prix de l’Arc de Triomphe at Longchamp in October.

Derby hero Masar, red-hot favourite for Saturday’s Coral-Eclipse at Sandown, continues to lead the three-year-old colt category ahead of Saxon Warrior, who finished third in the Irish Derby at the Curragh last Saturday behind the Joseph O’Brien-trained Latrobe (36).

Galileo colt Flag Of Honour (16), trained by Aidan O’Brien, features in the stayers' category following his success in the Curragh Cup.

The 28th Cartier Racing Awards, which were established in 1991 to reward excellence in racing, will be presented at the Dorchester Hotel, London, on November 13.

The awards are decided through a combination of points earned by horses in Pattern races, the opinions of a panel of racing journalists/handicappers and votes from readers of the Racing Post and Daily Telegraph plus ITV Racing viewers.

Horse of the Year