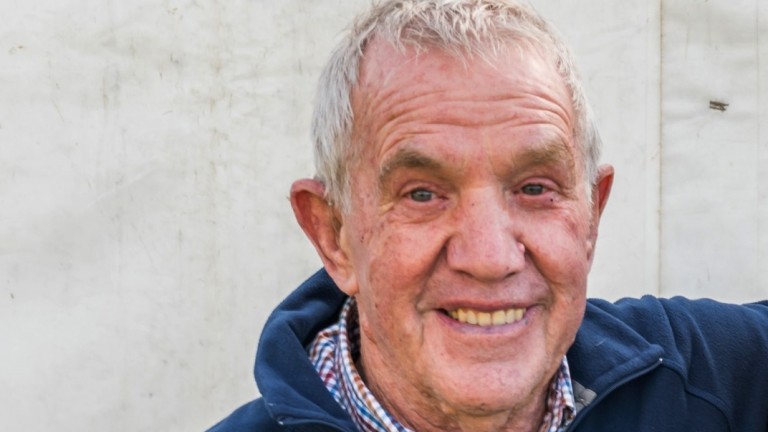 Topham Trophy winning jockey and longtime stalwart of the point-to-point community David Sunderland has died at the age of 76.

Sunderland arrived in Britain from his native Wexford at the age of 16 and rode his first winner on April 27 1963, steering Dulmain Bridge to success at Market Rasen.

Alhough he rode a relatively modest total of 59 career winners, he was an ever-present member of the jumps weighing room until his retirement from the saddle in 1979.

Sunderland struck up a close association with the Courage family and had his most important success on Lictor in their famous maroon and gold colours at Aintree in the 1976 Topham Trophy.

After the end of his riding career, Sunderland became closely involved with the pointing scene and acted as valet for several future champions.

Riding colleague and longtime friend Bob Mann recalls Sunderland as a huge character who would bring a smile to the face of all those he came into contact with.

Pointing to Sunderland's ability to make fun of himself, Mann retells the story of his friend's first ride under rules.

"He was riding in a mile and a half hurdle race for Arthur Thompson in Ireland, with 20 runners, and was told not to take it up until the last. He never saw a hurdle until coming down to the final flight, when he only had Pat Taaffe in front of him.

"David thought to himself: 'Pat Taaffe knows what he's doing, I'll sit behind him until after we've jumped it.' Pat fell and brought David down, and he got a real kick in the ribs."

Mann continues: "Arthur Thompson then came over and started yelling at him to get up, blaming him for getting brought down.

"David had this ability to speak to people and say something that, from anyone else, would be semi-insulting. But nearly everyone ended up laughing with him."

Sunderland continued with his valet work right up until the end, and put in a full day at Barbury Castle point last Sunday.

FIRST PUBLISHED 6:51PM, DEC 20 2019
David had this ability to say something that, from anyone else, would be semi-insulting. But nearly everyone ended up laughing with him