Sandra Hughes stuns sport with news she is to quit training 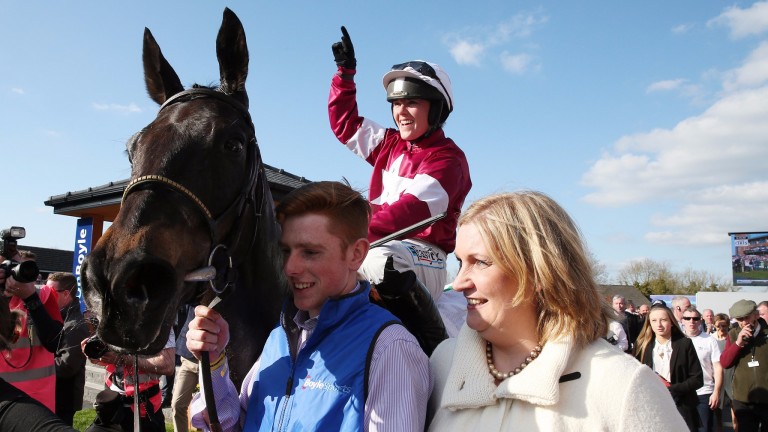 Sandra Hughes has shocked the racing world by announcing that she will retire from training in the next couple of months, stressing that it is no longer financially viable with the numbers she has in training.

Daughter of the late Dessie Hughes, Sandra took over the licence after her father died in November 2014 and enjoyed instant success at the top level thanks to Lieutenant Colonel, who landed the Grade 1 Hatton's Grace Hurdle at Fairyhouse just a few weeks after her father died and followed up at Leopardstown that December in the Christmas Hurdle.

However, her most famous triumph came in the 2015 BoyleSports Irish Grand National with Thunder And Roses, who scooped the prestigious prize under Katie Walsh at odds of 20-1. Like Lieutenant Colonel, Thunder And Roses was owned by Michael O'Leary's Gigginstown firm, and Hughes was one of those cut from the champion owner's roster during a reshuffle a year ago.

Hughes's announcement comes just weeks after Adrian Maguire revealed he was quitting the training ranks, citing dwindling numbers as the cause. Over the past two years Charlie Swan, Joanna Morgan and Colm Murphy have also been forced to call time on their training careers against a backdrop in Ireland of the middle and lower tiers often struggling to compete with the superpowers of the jumps scene. 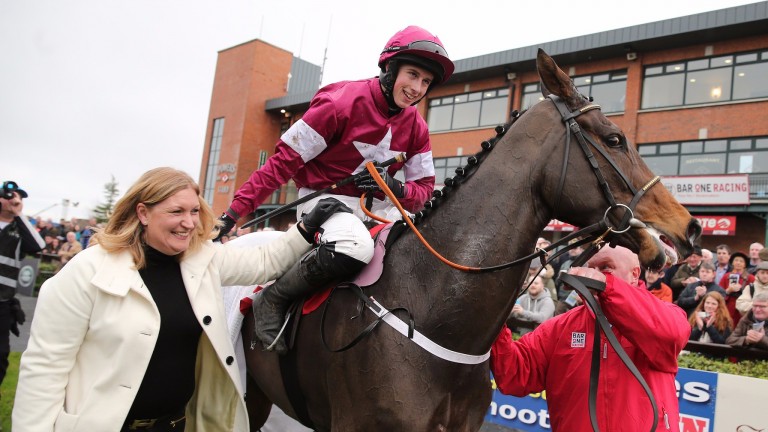 Hughes said of her decision: "I am in no way negative about this. This is my decision and I'm very happy with it. It's a numbers game. When you fall below a certain amount of numbers, it's tough and that's the problem.

"It was landed on top of me because Daddy died so suddenly. I wasn't expecting it. We took it on and gave it a go. I gave it my all. Both me and my mum, as well as all the staff, gave it absolutely everything we had. We worked hard and we did it honestly. We had some great days and ones I will never forget but we just had to call it a day."

From the archives: click here for Alan Sweetman's special report on the struggle faced by smaller stables in Irish jumps racing

Hughes has given her staff three months' notice but will shut down the stable as soon as they get new jobs, something that she feels is inevitable given their quality.

"I'm going to wind down and my staff are on three months' notice," she explained. "They are all wonderful and I would like to think every one of them would get a job in the morning. If they did, I would stop straight away. I would imagine it will all wind down in the next month or two."

Hughes hopes to stay in racing and feels she has plenty to offer.

"I will be looking for a job and I would love to stay in racing. I would like to think there is something out there for me. I never thought at 47 years of age that I would be looking for a new job," Hughes joked.

She added: "I have gained so much knowledge and experience in the last two to three years that I would like to think I would be an asset to somebody. I would like to stay in racing because it's my life and it's what I know."

Although Thunder And Roses was her most high-profile winner, Hughes singled out Acapella Bourgeois as the finest moment of her training career.

She said: "My highlight was Acapella Bourgeois winning the Grade 2 at Navan in February and proving himself to be a proper horse as he was the first horse I bought and sold. For him to come out and be a genuine Graded horse was brilliant. I genuinely think on heavy ground that he's a Grade 1 winner in waiting. Personally, he is my pride and joy."

Lieutenant Colonel: 2014 Hatton's Grace Hurdle
She had saddled her first winner only the day before, and just two weeks had passed since her father's death, but Hughes gained her first Grade 1 winner as Lieutenant Colonel followed the fairytale script in a dramatic race. Aged only five, the horse was having just his ninth start but notched up his fourth victory, beating Jetson and Little King Robin after favourite Zaidpour fell at the fifth.

Thunder And Roses: 2015 Irish Grand National
Having been the scene of Hughes's first Grade 1 the year before, Fairyhouse was to chisel its way further into the trainer's affections, and if Lieutenant Colonel was the new kid on the block, Thunder And Roses was anything but. The horse had 23 starts before he lined up in the 2015 Irish Grand National – a race close to the hearts of the Hughes family – and the four-time winner came into the race a largely unconsidered 20-1 shot. In treacherous conditions Katie Walsh steered Gigginstown House Stud's gelding to a poignant success, with subsequent Aintree Grand National winner Rule The World in second.

FIRST PUBLISHED 6:18PM, APR 25 2017
When you fall below a certain amount of numbers, it's tough and that's the problem