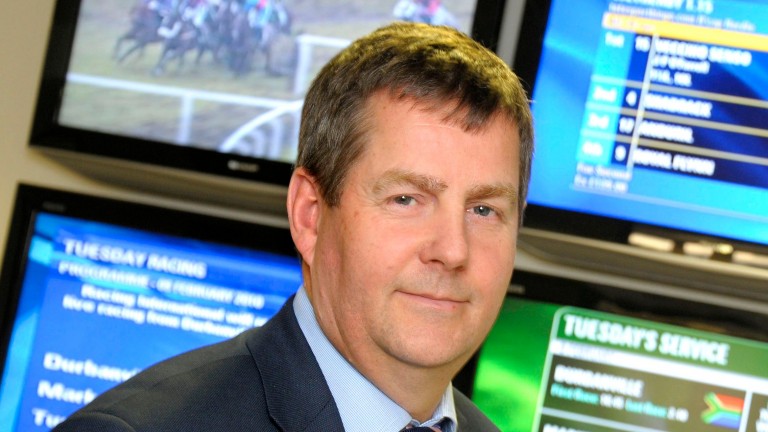 Racing UK has moved to re-emphasise a live web feed will be available from all 26 Irish racecourses on its online Extra platform when the channel assumes Irish racing's direct-to-home broadcast rights on January 1, 2019.

However, an admission that "action-packed days" such as the channel's debut on New Year's Day – when it is scheduled to broadcast from Fairyhouse and Tramore alongside Cheltenham, Catterick, Exeter and Musselburgh – pose logistical difficulties will do little to allay fears that Irish racing will no longer enjoy the blanket television coverage it currently does on At The Races.

"We will endeavour to show all races in their entirety on the linear channel," a statement on behalf of its parent company Racecourse Media Group read.

"However, where there are unavoidable clashes, the finishes and/or recordings of the race [whole or in part, depending on time availability] will still be shown on the linear channel. If there are race clashes, to a large extent common sense and the set of circumstances will prevail as to which race is shown.

"Live coverage of every British and Irish race in its entirety will be available to our members either on the linear channel or Extra."

On busy days, RUK has pledged to "employ a second gallery to provide a fully produced dedicated Irish feed for Extra".

Following the publication of the fixture list, RMG's chief executive Richard FitzGerald said: “This is the first stage of the process and there will also be further coordination required as we focus on the detailed planning of race times for 2019."

Reflecting on the addition of the Irish tracks to the 35 British venues from which RUK will broadcast in 2019, he added: "It means nearly 90 per cent of all Group and Graded races that are run in Britain and Ireland will now be on the same service and TV audiences will be able to watch the principal storylines of British and Irish racing on the one, definitive racing channel.

"Live GB and Irish racing is what our members want, over and above other international content."