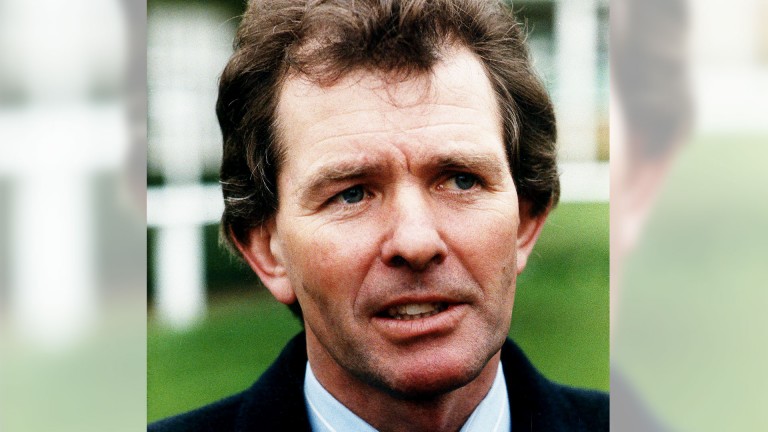 The late Richard Casey enjoyed success on the Flat and over jumps
Sporting Life (racingpost.com/photos)
1 of 1
By Lee Mottershead 4:54PM, APR 3 2017

Richard Casey, the former trainer who enjoyed big-race success at Ascot both on the Flat and over jumps, has died aged 70.

Casey, who rode as an apprentice for Captain Cecil Boyd-Rochfort before continuing his riding career in Belgium, almost won the Lincoln with his very first runner as a trainer when Vague Shot finished second in 1987. Compensation came later that year when the same horse captured the Royal Hunt Cup under Steve Cauthen.

Petrullo gave Casey a Group triumph in the 1989 Coupe de Maisons-Laffitte, but on the Flat it was arguably as a pre-trainer in Dullingham that Casey had the most influence, given he worked with a number of yearlings who become stars for Sir Michael Stoute, including Shadeed, Sonic Lady, Green Desert and Shardari.

However, the horse most closely associated with Casey was the popular chaser Hogmanay, gifted to him after he sustained a badly injured tendon as a juvenile. Casey treated the tendon with cold water-hosing and long walks.

Back to full health, and running in the colours of the trainer's wife Diane, the front-runner enjoyed three wins at Sandown and gained his biggest successes over two miles at Ascot, where he won the Manicou Handicap Chase in 1990 before landing the following year's United House Construction Chase, both then significant early-season prizes.

Casey's brother Liam said: "Richard was a superb horseman, a man who knew his craft inside out.

"He will be very much missed. He was a generous man with a happy, generous nature, always ready to share an old story. He greeted everybody with an outstretched hand and a warm smile."

Funeral details have yet to be announced for Casey, who is survived by his wife and three siblings.

FIRST PUBLISHED 4:53PM, APR 3 2017
He was a generous man with a happy, generous nature, always ready to share an old story