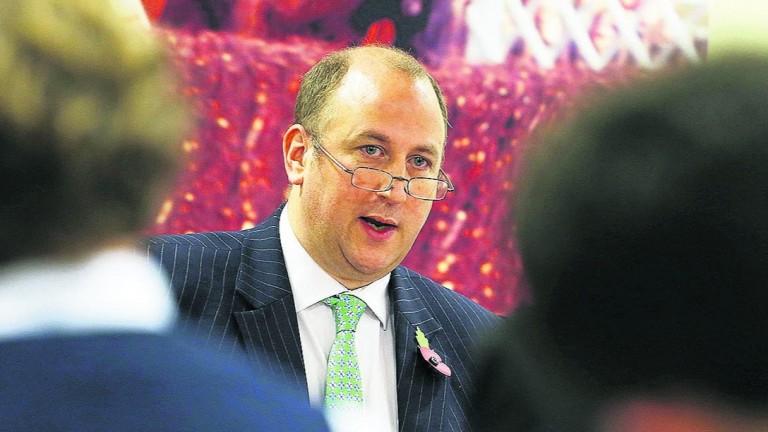 British racing has plans to add £8 million to prize-money in the lower and middle tiers of the sport from next year as a result of the government's reforms of the levy.

Those reforms came into effect on Tuesday after sports minister Tracey Crouch signed them into law following a long campaign from racing for the central funding system to be overhauled.

Racing expects the reformed system, which for the first time brings offshore betting operators into the levy net, to raise upwards of an extra £30 million in a full year but not all of that will be available as the sport was spending more than it was receiving under the old system.

Asked what the reforms meant for racing, BHA chief executive Nick Rust said: "It means that a sustainable funding mechanism is in place between racing and betting upon which the sport can rely and make plans for the future.

"It also means that the annual battles over funding are finished and we can look forward to working together to continue to grow betting on the sport."

Racing's income from the levy has declined from around £100m a decade ago to less than £50m due to the rise of online betting.

Rust said: "In terms of the funding aspect it means we can maintain spending this year, which is very important.

"We have been facing the levy cliff for several years and have been spending more than has been achieved by the old levy. There is the opportunity for some growth."

There appears to be a broad consensus across the sport that its "grassroots" need to benefit from the extra income the new system provides.

Rust said: "It means we can invest in a number of areas, one of which is to retain and develop owners and to make sure that at the grassroots of our sport there is a better return to support the vast majority of the horse population.

"So we have immediate plans across the sport to put in additional prize-money at the lower and middle levels from 2018."

Those plans were discussed between the BHA, Horsemen's Group and racecourses at a meeting of the sport's executive committee on Tuesday.

Rust said: "The plans we have been looking at with the executive committee today would probably add £8 million into prize-money.

"The reason for that is that, while there has been prize-money growth over the last few years, that growth has very much come at the top end.

"That is good, we have to compete internationally and you want good horses to have good returns, but at the same time races that were worth £3,500 ten years ago are still worth that amount."

Rust added: "The three other things I would mention other than prize-money, which the horsemen, racecourses and BHA will need to agree as part of the Racing Authority set-up, is that we want to invest in measures to grow the sport, so promotion of it.

"We want to invest in the people agenda and make sure we attract people to work in the sport and they are treated well.

"Finally we must make sure we safeguard the sport for the future and that means looking after our horses."

Racing is also looking to set up a forum for working with the betting industry.

Rust said: "There are discussions going on at the moment about how we set that up. It needs to reflect a new relationship but also a combined effort from British racing.

"As part of our discussions we are working out exactly how we want to do that and we will be speaking to representatives in betting very soon to get their views."

Rust said there was no complacency on racing's part about the possibility of a legal challenge, either domestically or in Europe.

Much would depend on whether a challenge would include "interim measures", which could mean money not flowing to racing during the legal process.

"Our advice is it is less likely that there will be interim measures," Rust said.

"There is a precedent for it before with the William Hill case [in 2004] when the monies came in before the judgement was made."