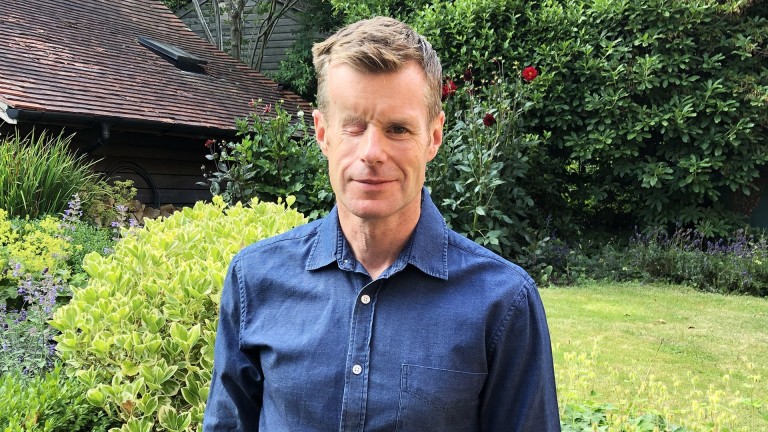 Guy Mitchell is due to ride Double Legend for Amanda Perrett at Newbury on Thursday
1 of 1
By Lee Mottershead UPDATED 10:30AM, JUL 24 2019

An ambition that has burned for nearly 30 years is finally set to be fulfilled at Newbury on Thursday when a piece of sporting history will be created as racecourse doctor Guy Mitchell becomes the first person with one eye to take part in a British horserace.

The 45-year-old medic, son of former trainer and champion amateur rider Philip Mitchell, and half-brother to jockeys Jack and Freddie Mitchell, is readying himself to follow the lead of Guy Disney, who in 2017 made headlines as the first amputee jockey to win a race in Britain.

Mitchell, who will further enhance the sport's diversity and inclusivity, has already competed in three-day eventing and rugby. He has lived with his disability for most of his life – and for more than half of it has wanted to continue his family's tradition in racing.

The dream is poised to come true aboard the Amanda Perrett-trained Double Legend, who carries the colours of owner Dean Angell in the second division of Newbury's amateur riders' handicap (5.30). 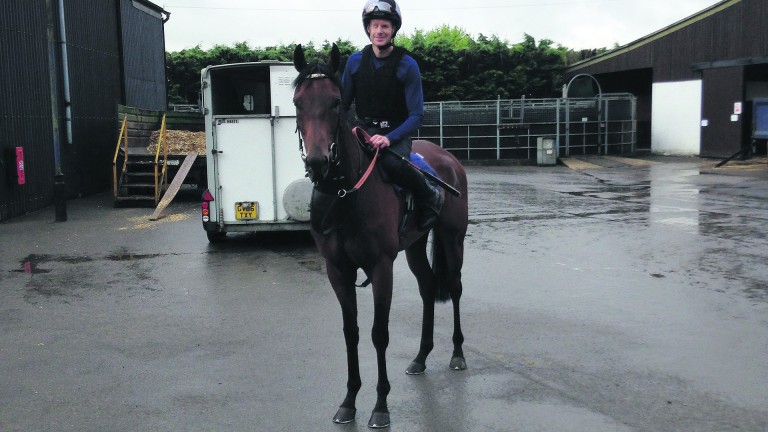 Guy Mitchell, pictured aboard Banksy's Art, one of the horses he has been riding for Amanda Perrett in preparation for his racecourse debut

"I don't see riding in a race as a challenge – getting to this point has been the challenge," insisted Mitchell, who regularly works at Ascot and Goodwood.

Explaining what led to the removal of his right eye at the age of six, Mitchell said: "When I was three my mum discovered an abnormality with the eye. It looked like it was being pushed forward, and it was, because I had a tumour forming in one of the six muscles that control the eye. That is incredibly rare. It set off a chain of events that led to me being treated at Barts Hospital by Professor James Malpas, who died only very recently.

"He used combinations of chemotherapy nobody else at the time wanted to try. It wasn't the tumour that destroyed my eye, it was the radiotherapy and chemotherapy, but had he not done that I wouldn't be alive. These days kids can be given targeted treatment that doesn't do so much peripheral damage. For me at the time it was a case of do or die."

Mitchell rode out for his father as a young boy and first applied for his jockeys' licence aged 16. That application was turned down, as was another submitted while he was at university.

"I never really got a full explanation," he said. "I was just told it wasn't happening, so I gave up, played rugby and put on weight by going to the gym too much. I did carry on riding out for Simon Dow, but when I got my first job as a junior doctor in 1998 I pretty much stopped because I was too busy."

Last summer he started again. Mitchell has been active in the mornings for Dow, George Baker and Perrett. Her backing, along with that of husband, Mark, has been invaluable.

"I don't know why but I decided I was going to have another go," said Mitchell, who has been supported by BHA chief medical adviser Dr Jerry Hill.

"I do some work in racing, so I had met Jerry a few times, and his approach has been much more pragmatic. I've had to go through more stringent tests because of my eye but I've passed everything, including all the fitness tests. The only person who beat me on those was aged 17.

"I'm feeling a mixture of excitement, anxiety and anticipation. I just want to get it right. My dad is very happy, my mum thinks I'm mad and my wife reckons I'm having a mid-life crisis – although the truth is that not being allowed to ride in races has, for me, been a full-life crisis." 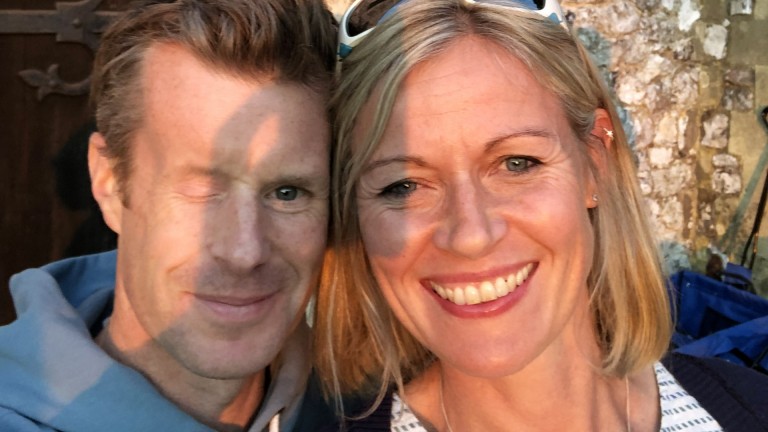 Guy Mitchell, pictured with wife Wendy: "She thinks I'm having a mid-life crisis ? although the truth is that not being allowed to ride in races has, for me, been a full-life crisis"

BHA head of media Robin Mounsey said: "We take care to ensure every application to ride is treated on its individual merits. If a rider makes an application which includes a factor that – in the past – could have been seen as a barrier to competition, we will now look at it and see if there are further assessments that can be undertaken to help us reach a decision as to whether this specific individual is fit and safe to ride.

"The tests are still rigorous, and we will not licence anyone who is not capable of competing safely, but we are an inclusive sport and do not want to rule anyone out before properly assessing their suitability.

"Mr Mitchell showed us through our assessments that he is more than capable of riding at this level and we wish him well on his first ride."

Mitchell added: "It's too easy to be angry about the past. I have to look forward, not backward. I need to seize this opportunity. The rules say you can ride until at least 55, and I'm only 45, so I still have plenty of time.

"I have got myself fit enough and I can ride reasonably well, so with the right horse and a bit of luck it should all be okay. I have had pretty much a lifetime for my brain to adapt and accommodate. I'm really looking forward to Thursday. I just don't want to cock it up!"

Lee Mottershead column: Longchamp can give the Curragh a lesson in how to apologise and move on

Sheila Lavery interview: David Jennings talks to the trainer about coming to terms with the loss of Lady Kaya

FIRST PUBLISHED 12:15PM, JUL 23 2019
I'm feeling a mixture of excitement, anxiety and anticipation. I just want to get it right