Queen to unveil statue for official opening of Heritage Centre 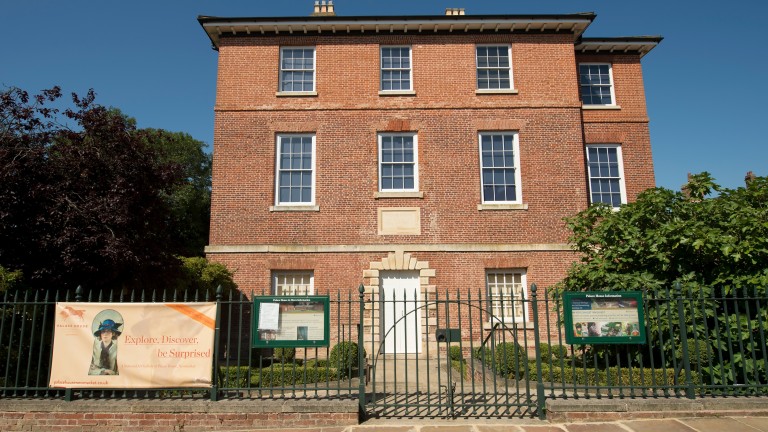 The National Heritage Centre for Horeracing and Sporting Art at Palace House in Newmarket
Edward Whitaker
1 of 1
By Scott Burton 4:51PM, NOV 3 2016

The Queen will unveil a statue commemorating her own lifelong passion for horseracing as the new National Heritage Centre for Horseracing and Sporting Art is officially opened in Newmarket this morning.

The statue comprises bronzes depicting the Queen standing with a mare and foal at foot. They are the joint work of renowned equine sculptor Charlie Langton and Etienne Millner.

The statue will stand on the green at Birdcage Walk at the end of Newmarket High Street and draws on images captured at the time of the Queen’s Silver Jubilee in 1977.

Among Langton’s most recognisable works on public display are the full-size bronzes of Yeats, which stands in the paddock at Ascot, and the Kauto Star statue at Kempton, while the artist has also immortalised the likes of Goldikova and Giant’s Causeway for their owners. 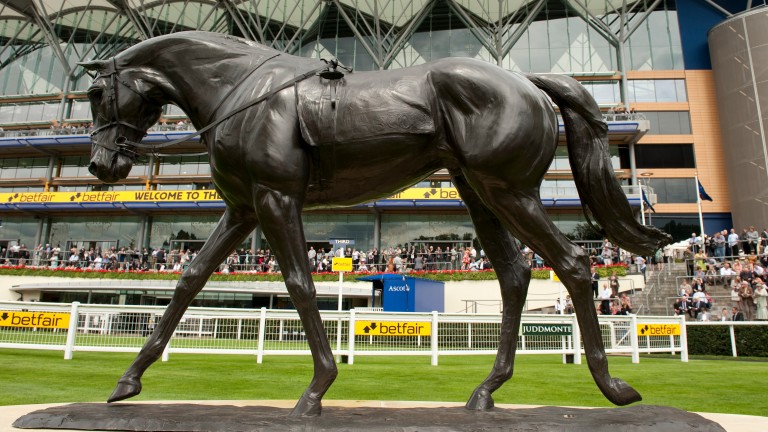 Known for the Yeats statue at Ascot, Charlie Langton has worked on the royal project at Newmarket.
Edward Whitaker
"It has been the honour of my career to have been involved in this momentous project," said Langton. "The Queen does so much for horseracing and breeding. The sport is incredible lucky to have her so involved, not out of duty but out of genuine love and passion for the thoroughbred horse."

He added: "It's been a great pleasure to work alongside Etienne, who has done a fantastic portrait of Her Majesty. For my part, I hope I have managed to create a work of equine sculpture that appropriately reflects the Queen's love of the thoroughbred."

The statue was commissioned by the Newmarket Commemoration Committee and the project received generous funding from Sheikh Mohammed.

From the unveiling the Queen will move on to the Palace House complex which, under the umbrella of the National Heritage Centre, is the new home for the National Horseracing Museum, Retraining of Racehorses and the British Sporting Art Trust.

The result of more than a decade of planning and fundraising, the complex comprises three former racing stables in Palace House, King’s Yard and the Rothschild Yard, the new flagship site for the RoR.

The Queen is the patron of the National Horseracing Museum and opened the original premises in Newmarket High Street back in 1983.

Newmarket Town Council is planning a warm reception on the occasion of the Queen's first official visit to the town since 2011 and is hoping for a big turnout from local residents.