'I think he might win it' - who has high hopes for their Carlisle Bell runner? 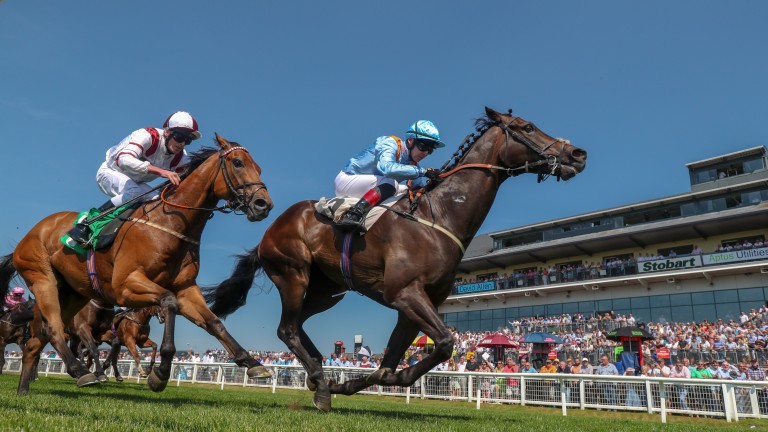 This betting heat is akin to what we saw at Royal Ascot. If you like competitive and puzzling handicaps, this year's running of the Carlisle Bell will be right up your street.

The market is likely to be headed by four-year-old Billhilly, who travels north after three solid efforts for new connections that included victories at Nottingham and Lingfield.

A hat-trick appeared to be on the cards last time at Yarmouth as he loomed up on the bridle, but he was outstayed by a resurgent Dalanijujo. A subsequent 3lb rise doesn't make things easy.

Chichester, who has proved a shrewd 30,000gns purchase from the Horses-In-Training sales last October, also holds an entry at Newcastle on Thursday but is likely to bypass that engagement. The Keith Dalgleish-trained runner relishes a fast gallop and may be helped by the fitting of first-time cheekpieces.

Waarif, who won this race in 2018, topweight Howzer Black and in-form Star Shield represent Middleham Park Racing. The latter boasts the most solid claims, but his wide draw in stall 16 limits enthusiasm.

Fred (stall one) got the best of the draw and is the likely pacemaker, alongside Garden Oasis, who should be in the prime position to strike under David Allan. The handicapper gave him just 1lb for his most recent success.
Race analysis by Tom Collins

Mike Prince, director of operations at Middleham Park Racing, owners of Howzer Black, Waarif and Star Shield
Howzer Black was just touched off at York last time and the handicapper has put him up 3lb. We've had this race in mind for him and he has been in the form of his life. It's a race we always target. Waarif had to miss a year with a strained tendon and he's not shown his old form yet. He'd be well handicapped but we're more hopeful than confident. Star Shield dosses when he hits the front and needs to be played late. He hasn't got the greatest of draws [stall 16] but Danny [Tudhope] will give him a patient ride and he'll be doing his best work late. He goes there with every chance.

Roger Fell, trainer of Global Spirit
He ran excellently at York, any rain would help him and I think he might win it.

Ed Bethell, trainer of Ulshaw Bridge
We've freshened him up and he goes there in a good place mentally. It's ultra competitive with 16 runners, but he has a good draw [stall seven] and I'd be hoping he can finish in the first three.

Michael Dods, trainer of Get Knotted
There's 7lb between top and bottom weight so it's a very competitive race, but he deserves his chance and I'm sure he'll run well stepping back up to a mile.

Grant Tuer, trainer of Lion Tower
His last run at York didn't work out for him. They crawled then sprinted which really didn't suit us. We've put a visor on to hopefully keep him concentrated a little better.
Reporting by Matt Rennie