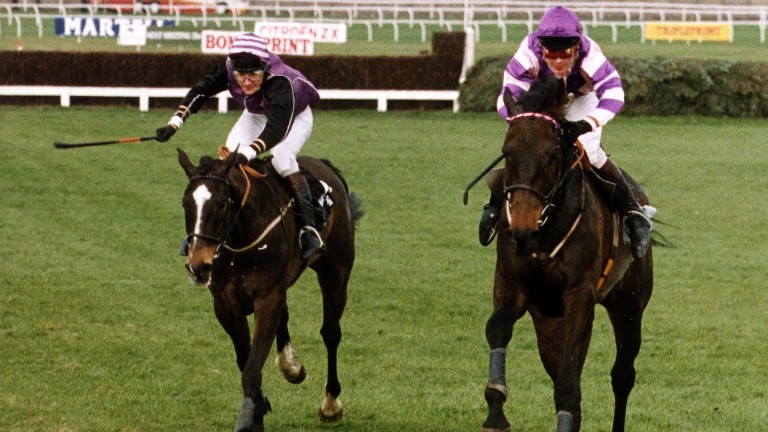 David Stoddart, who owned and bred 1992 Grand National winner Party Politics before selling him to Patricia Thompson days before his Aintree triumph, has died at the age of 79.

Stoddart, survived by his wife Jane, also bred and owned Christmas Gorse, who won the National Hunt Chase at the 2004 Cheltenham Festival under Marcus Armytage, while he also owned Private Views, successful in the Cathcart at Cheltenham 1988 with Brendan Powell in the saddle.

Nick Gaselee, who trained Party Politics along with Christmas Gorse and Private Views, said: "David originally had horses with David Morley and then had them with me. He sold Party Politics to Mrs Thompson two or three days before the National and got good money at the time.

"He was a successful owner-breeder of National Hunt horses and we were tremendous friends. He was great fun to train for and a charming man. We had a lot of fun and success together."

Thompson, who with husband David owns successful Flat breeding operation Cheveley Park Stud, was on Tuesday revealed to have bought the Paul Nicholls-trained Le Mercurey to carry her colours in next week's Randox Health-sponsored National.

Funeral details will be announced in due course.

FIRST PUBLISHED 4:56PM, MAR 29 2017
He was great fun to train for and a charming man. We had a lot of fun and success together