News NO REST FOR THE WICKED 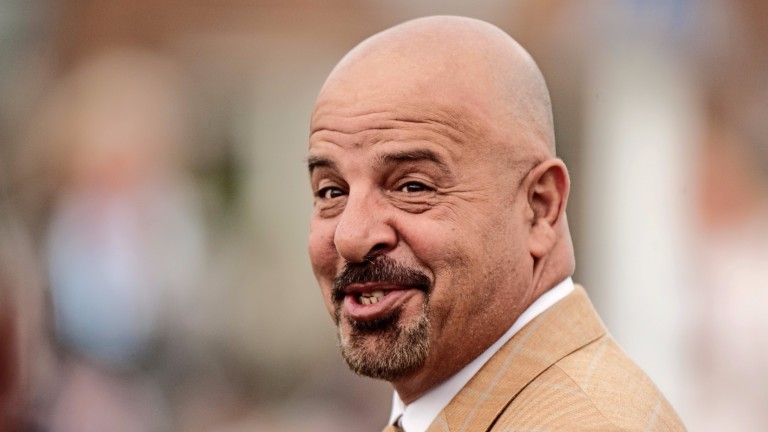 James Burn reviews the small-screen debut of a high-profile racehorse owner keen to pass on the secrets of success . . .

There is no substitute for hard work is a phrase renowned inventor Thomas Edison is credited with saying.

Judged by his appearance on Channel 4's My Millionaire Migrant Boss, it could easily become synonymous with racehorse owner and successful businessman Marwan Koukash.

The self-made Koukash, worth around £50 million according to the programme that aired at 9pm on Wednesday, opened his doors to a collection of unemployed people, offering four a two-week work placement in his businesses.

They include Liverpool's exclusive Doubletree by Hilton hotel, which is where our fortunate four begin their stint after an interview process that leaves Koukash somewhat stunned by responses to his questions that include, "Do you need to work?" and "Play video games" when one is asked what he'd like to do for a job.

Joe, Heidi, Georgia and Wendy are selected by the prominent Flat owner, who has won a string of Group races along with some major handicaps.

"Migrants tend to work a lot harder," says Koukash, whose aim was to help motivate unemployable Brits. "The majority of them have made huge sacrifices to come over.

"They don't come over here to see the scenery or enjoy the lifestyle, there is only one thing on their mind – to be successful. I definitely think British people can learn from migrants' mentality. Hard work will always pay off.

"Had this opportunity been given to me 40 years ago I'd have done everything to do well. For me, some of those guys are finding excuses not to get involved or work."

Those excuses include how dirty one hotel bathroom is and constant traffic problems for 18-year-old Georgia, who has had ten jobs and infuriates Koukash with her timekeeping.

She doesn't last the two weeks, but after a shaky start Joe, Wendy and Heidi impress enough to forge a longer bond with Koukash, who spent three years in a Palestinian refugee camp in Jordan following the 1967 Six-Day War before arriving in Britain in the late 1970s via Kuwait and making his fortune in the world of corporate training and financial services.

"I wasn't born with a silver spoon in my mouth and everything we've got now is down to hard work and nothing other than hard work," says the former Salford Red Devils supremo, who took the four to a racing stable for a morning of mucking out. That didn't prove a hit with them.

Back at the hotel though, 25-year-old Joe, who has struggled with mental illness, finds his confidence as kitchen porter after a Koukash pep talk, while Wendy, 49, flourishes first in the kitchen and then promoting the establishment.

They are offered jobs, and Joe even gets to lead up one of the owner's horses at his beloved Chester.

Perhaps like with some of Koukash's horses, it seems to be taking a while for the penny to drop for Heidi, who says she's in retirement mode after her history degree.

Koukash quickly shakes her out of that and says he's tempted to invest in her fashion designing business.

Even Georgia benefits from her experience, despite her dismissal.

"It was a big wake-up call," says the now care worker, who does 12-hour shifts and hasn't been late for one of them.

FIRST PUBLISHED 8:26AM, FEB 8 2018
They don't come over here to see the scenery or enjoy the lifestyle, there is only one thing on their mind – to be successful