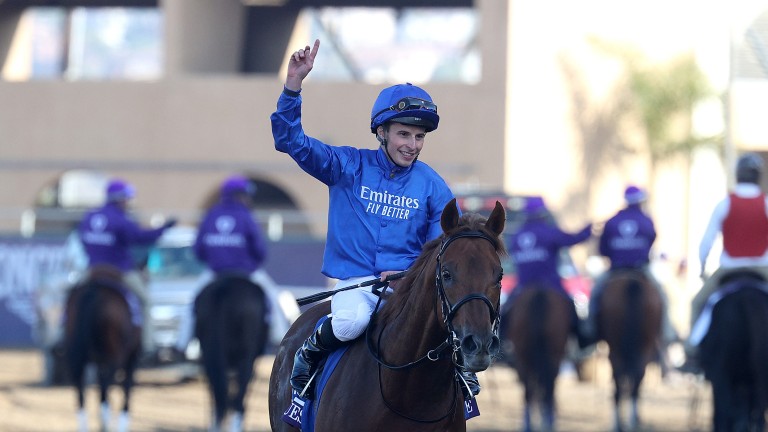 William Buick: runner-up in the championship for the last two seasons
Rob Carr
1 of 1
By Racing Post staff UPDATED 11:09AM, FEB 23 2022

William Buick, who has finished runner-up in the Flat jockeys' championship for the last two years, has been inserted as 1-2 favourite for the 2022 title by Paddy Power in the wake of Oisin Murphy's 14-month ban.

With three-time champion Murphy unable to defend his crown, Buick assumes the role of market leader ahead of Tom Marquand and Hollie Doyle, who are priced at 5-2 and 11-2 respectively.

Buick is still waiting for his first champion jockeys' title but could yet be crowned the 2020 champion as it was pointed out by the BHA's barrister that Murphy rode 11 winners during the time he should have been self-isolating. Murphy beat Buick by eight winners that year.

Buick went even closer last year when beaten by just two winners after a titanic tussle with Murphy, who said the pressures of the title race contributed to his reliance on alcohol as a coping mechanism.

At 8-1 David Probert is the only other contender at a single-figure price, with the jockey likely to pick up plenty of rides for Andrew Balding with Murphy unavailable.

Cieren Fallon, who is second jockey to Murphy at Qatar Racing, is a 33-1 shot, while previous champions Silvestre de Sousa, Jim Crowley and Ryan Moore are priced at 33-1, 50-1 and 66-1 respectively. Frankie Dettori can be backed at 100-1.

FIRST PUBLISHED 7:08PM, FEB 22 2022
It was pointed out by the BHA's barrister that Murphy rode 11 winners during the time he should have been self-isolating