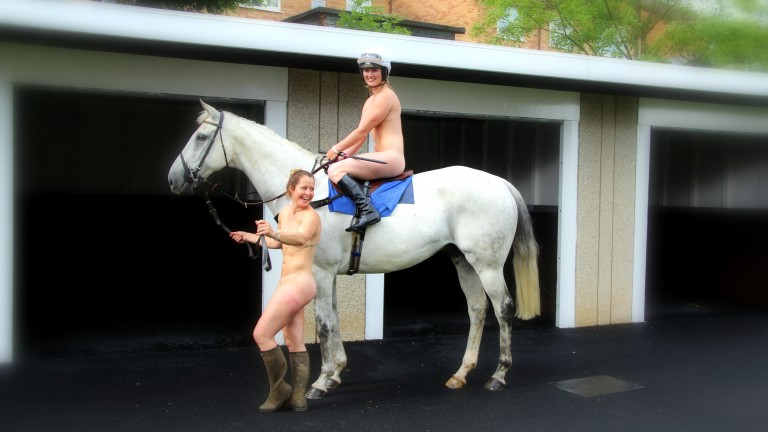 November's image of Gina Andrews aboard Argentato, being led up by Claire Hardwick, at Stratford
David Simpson
1 of 1
By Lee Mottershead 7:15PM, NOV 13 2017

A number of Britain’s leading lady point-to-point riders have shown their devotion to the Injured Jockeys Fund by posing without clothes for a calendar whose publisher promises will be “classy”.

Prompted by a suggestion from Leanda Tickle, some of the sport’s most daring amateurs disrobed as part of a project it is hoped will raise £10,000 for the charity.

That was the sum donated to the IJF by a group of male point-to-point riders, who last year combined for a skydive from 15,000 feet.

Their female counterparts have been brave in a different way, under the leadership of Tickle, who said: “It's a charity that's close to all of our hearts and, while we hope we won’t ever need it, one day we might.

“We’ve had great fun and the girls have been awesome. We hope the calendar will be a bestseller and we'd like to match the amount the boys raised last year.”

Organiser and photographer David Simpson added: “I can promise the finished result is classy with a touch of humour.”

The calendar will be on sale at Cheltenham this weekend and then at early point-to-point fixtures.