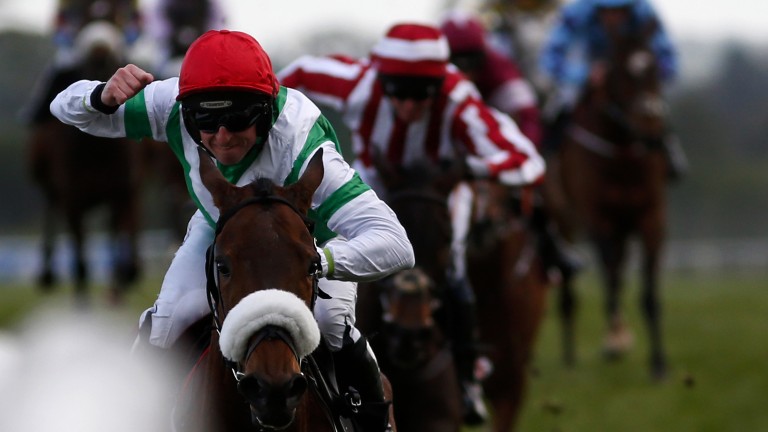 Cheltenham Festival winner Fayonagh was showered with praise on Wednesday after suffering a fatal injury on the gallops, the six-year-old seemingly having the world at her feet after her dual Grade 1 bumper exploits last season.

Jamie Codd described Fayonagh, whom he rode to three bumper wins last term but had to be put down after suffering a broken leg when cantering, as a "very special mare", while trainer Gordon Elliott said she was an "exceptional talent".

Codd, who partnered her to win at Fairyhouse, Cheltenham – where she rocketed home after being 13th with just over a furlong to run – and Punchestown, reflected: "Fayonagh was a very special mare and extra special to me as I bought her for her owner Mrs Maura Gittins.

"She gave me three great days, especially when winning her two Grade 1 bumpers at Cheltenham and Punchestown.

"Our plans in the Champion Bumper at Cheltenham went out the window at the start when she lost ground but she showed just how good she was, coming through a big field of runners to win going away.

"When she won at Punchestown, it was a completely different story. She got things her own way in front and made all. It was an important win for me as it helped me win the amateur riders' title."

Codd continued: "For me it was a privilege to be part of her story. She will be a big loss for the Gittins family, who would have loved to breed from her, and for Gordon and all his staff.

"What happened to her this morning is unfortunately something that can happen to racehorses. People say such things happen only to the good ones, but that isn't true as it can happen to lesser lights too."

Elliott reported that Fayonagh was cantering on the Skryne gallops before a planned workout when the accident occurred.

"Davy Russell was riding her in a canter when she broke a hind-leg," he said. "It's a hard blow for everyone – the Gittins family and for all the staff in the yard.

"She was a great favourite and showed us how good she was last season. As a dual Grade-1 winning mare she was an exceptional talent, and the sky was the limit.

"After winning on her hurdling debut at Fairyhouse early this month we were looking forward to another good campaign with her."

A daughter of Kalanisi, Fayonagh won four bumpers from five attempts, plus her maiden hurdle, and was a top-priced 3-1 for the mares' novice hurdle at the 2018 Cheltenham Festival – and it was 12-1 bar. She was also prominent in the betting for the Supreme, Ballymore and OLBG Mares' Hurdle.

Fayonagh is the second hugely promising young hurdler Elliott has lost this month following the death of four-year-old Mega Fortune at Limerick.

FIRST PUBLISHED 11:46AM, OCT 25 2017
She will be a big loss for the Gittins family, who would have loved to breed from her, and for Gordon and all his staff